Last month I was lucky enough to travel to San Francisco and then onto Austin, TX for Quilt Con.  I went with a good friend of mine Rachel of Wooden Spoon Quilts. We decided that we would have 5 days in San Francisco on the way to Austin and then we could head straight home with all our purchases and fun things from Quilt Con!

To be honest I was dreading the flights. We had gotten cheap tickets, but it meant we had to fly to Sydney first (3 hours), then LA (14 hours) then to San Francisco (1.5 hrs) all with a couple of hours stopover in each place. I think it worked out to be about 26 hours!  However, it wasn't that bad and I managed to sleep most of the way much to Rachel's disgust!

We were meeting Anne  and Adrianne in San Francisco as they had the same idea as us about having a wee holiday first before getting to Quilt Con. We arrived mid morning so spent the first day  exploring, just wandering around and taking in the sights. I love San Francisco, but Rachel had never been there so of course we had to check out Britex Fabrics 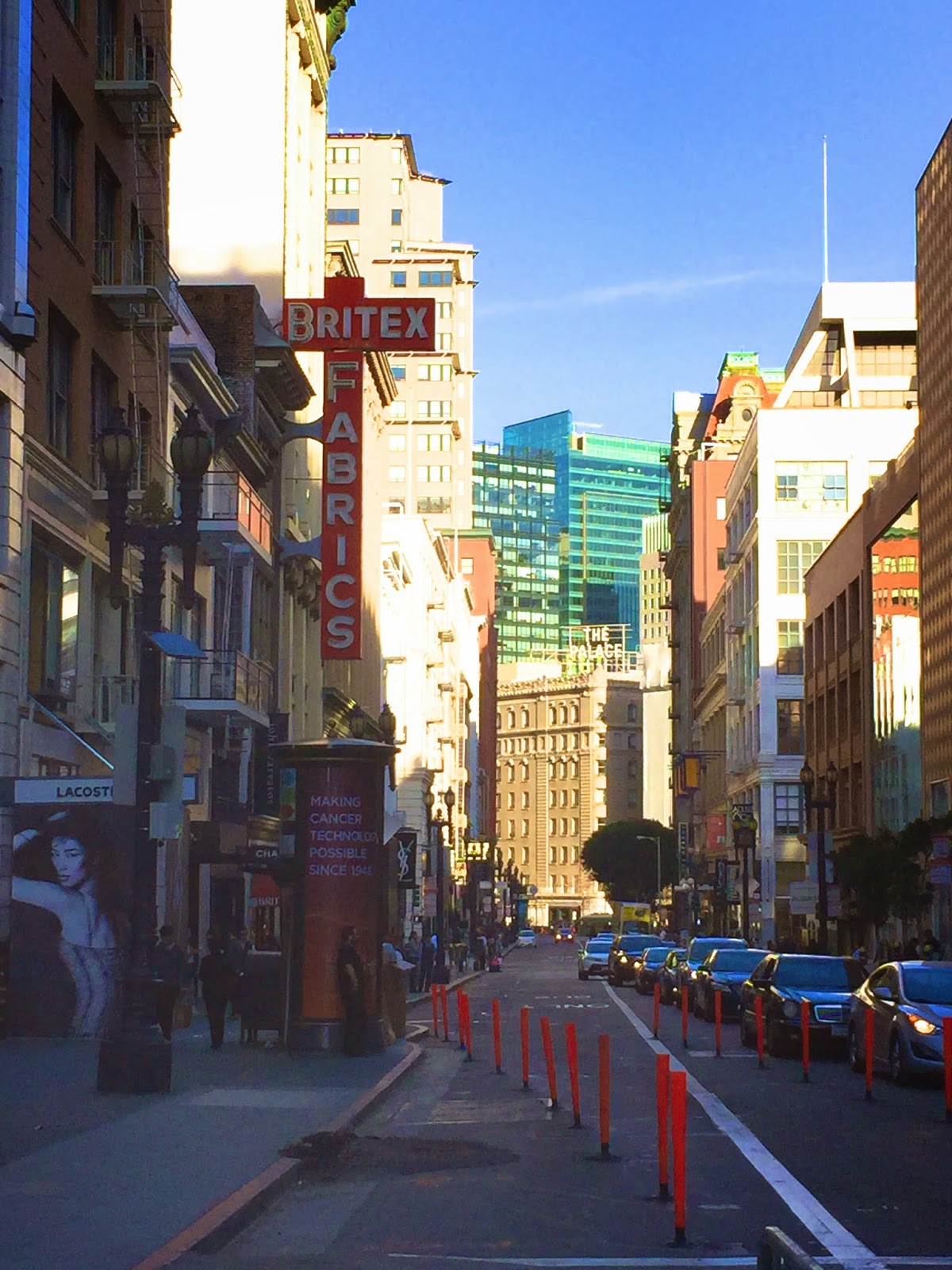 The next day Amanda from Everyday Fray took us on  tour of some of the fabric shops in the Bay Area.  We had been looking forward to visiting The Intrepid Thread since we had started planning this holiday, so this was first on the agenda.

Anne from Play Crafts  lives reasonably close to here, so she met us there. I think we were all too busy oohing and aahing over the fabrics to really spend a lot of time talking but we all managed to catch up in greater depth at Quilt Con.  I think I may have spent a wee bit here ;)

Then it was off to Jo-Anns for a quick splurge on the Denyse Schmidt fabrics and quilting notions. It was the President's Day sale, so most things had 30-40% off. Score!!   We then headed to Berkeley (Amanda's stomping ground) for a late lunch and then onto Stone Mountain and Daughters. Another great store and so different to The Intrepid Thread.  I didn't buy much here, mainly because I had bought so much at The Intrepid thread!!

Amanda very kindly took us on a wee tour of Berkeley and the university. Such a fun vibe to this place. I could easily live there. And then it was back to the hotel, exhausted, but enough time to spread all our fabrics out and ooh and aaah again!!

The next day we decided to take in Fisherman's Wharf and catch the cable car back.  It was a beautiful day...so hot and summery even though it was only February.

The next day Rachel and I headed to The Mission District to explore. We had no idea where to get breakfast so I nabbed a couple of local boys and asked them for recommendations. They recommended the Mission Beach Cafe. What we didn't realise was that it was President's Day and half of San Francisco also wanted to dine here that day. The owner told us it would be a 15 minute wait so we thought "cool" and joined the line up. An hour and a half later we finally got seated, but boy was it worth the wait! Amazing food!!


And then we carried on walking and taking in the sights...San Francisco is a hilly city with amazing views from so many places.

We then headed over to the Golden Gate Bridge but the famous San Francisco fog had come in by this stage so we didn't see anything of the bridge.  However, the sun was casting a lovely light through the fog over the city and Alcatraz. 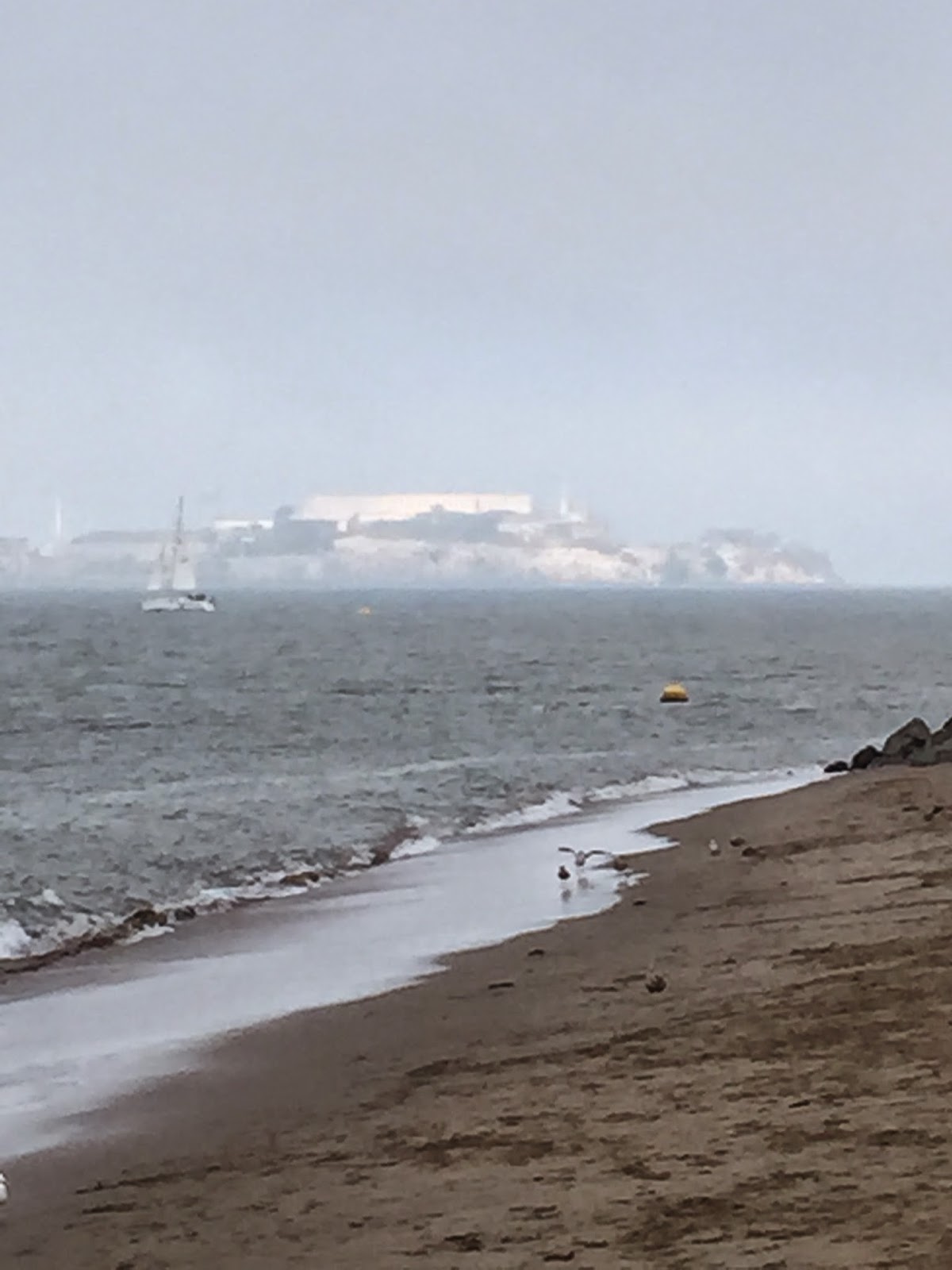 After a day of walking and exploring we were exhausted so settled for a hotel meal to end of the day. 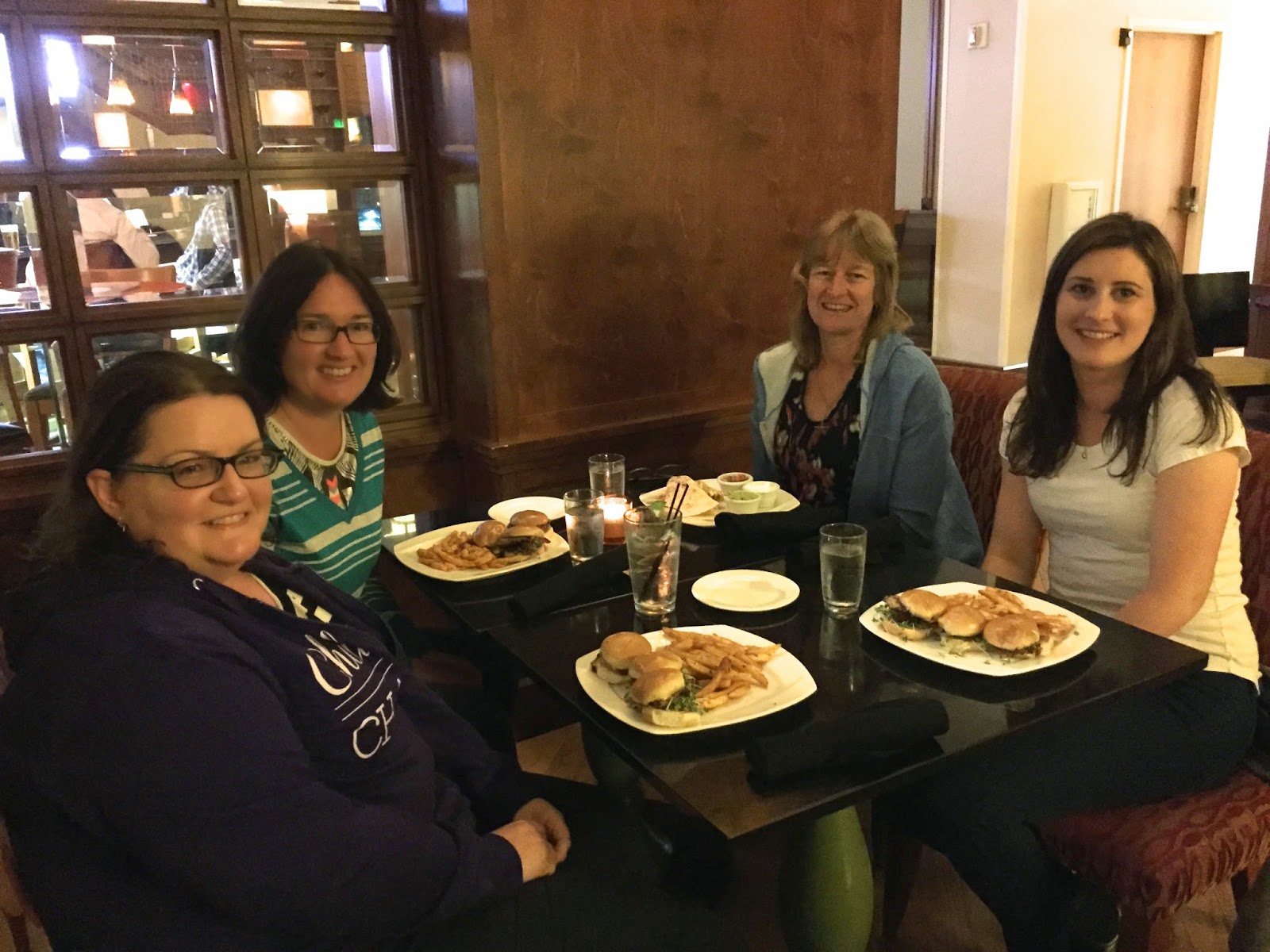 We left SF for Salt lake City the next morning and then onto Austin....Part 2 to follow
Posted by Deb at 9:33 PM