I bought myself an iPad Mini last year and haven't had much luck finding a case for it. Never mind I thought...I will just make one.   I used Faith's tutorial which was easy peasy to follow. I had to calculate the fabric sizes though and had an oopsie with my rotary cutter after I had put the zip in, so it is a little snugger than I would have liked, but it's still easy to get in and out of the case. 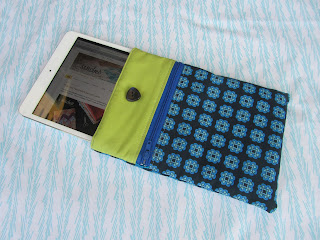 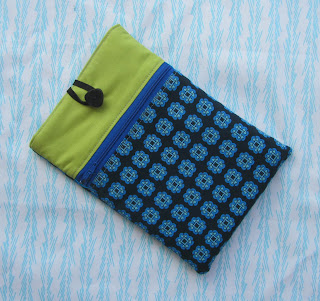 For the inside I used a Denyse Schmidt fabric that I picked up from Spotlight last year. It goes perfectly with the blue and green of the case.  And it highlights that stray thread I forgot to snip perfectly!! 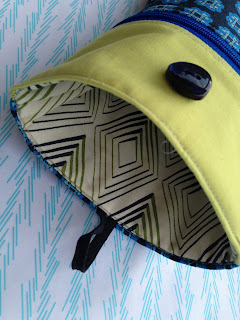 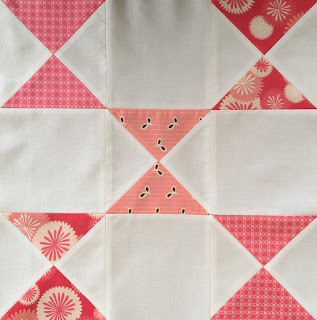 This is the latest bee block I am making for the hive members in the 3 x 6 bee on Flickr.  It is from 501 Rotary Cut Blocks (which is a fabulous source of blocks).  It is for Celine who requested all pinks.

So I, too, am joining the masses trying out the different RSS feeders at the moment. So far, I am liking Feedly and Bloglovin.  Still can't quite figure Feedly out, but Blogloving seems pretty easy to understand.  I did like my Google Reader tho :(

The third block in the Lucky Stars BOM is the Ninja Star.   I am using a colour palette I found on Design Seeds. I love this site...so much colour inspiration and it helps me step out of my comfort zone. 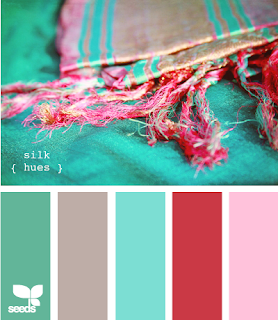 I am trying to limit my colours to a couple of colours in each block and a text or similar type fabric with Kona Slate as the background in each of them.  I am totally crushing on text fabrics at the moment. 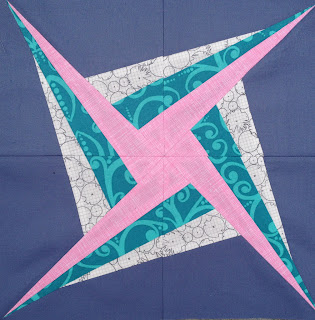 I have finished my Starburst quilt. Spent all day Sunday quilting it....just an all over stipple as I was too lazy to do anything else and I wanted to get this baby finished. I used a Michael Miller Couture solid for the binding...I think it was called Violet. These solids are just so lovely and soft and the range has such vibrant colours. I love how it has turned out. 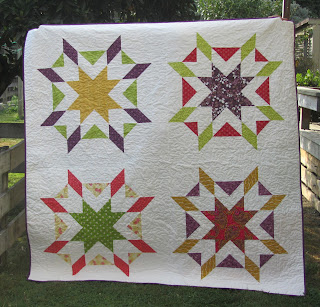 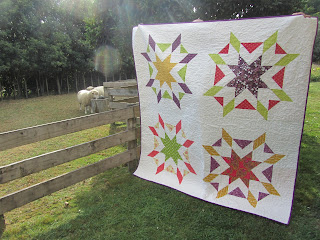 For the back I wanted colours that complemented the front so went for a pieced back. I used Joel Dewberry's Heirloom and some Kona solids. 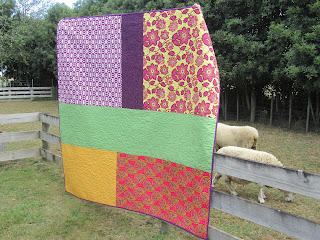 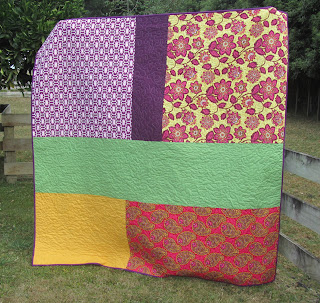 It has been incredibly hot here in NZ. We haven't had any rain in the Waikato since just after Christmas and it is close to a drought in many areas. I just haven't had the desire to sit at the sewing machine for very long in this heat. Having said that I have finished up some bee blocks for the Modern Stash bee and have finished the top for the Starburst QAL.

Linda chose this block for her month in the bee and wanted aqua, red, dark purple, red and chartreuse in her blocks.  I enjoyed making this, but it's definitely better to press the seams open in this one. 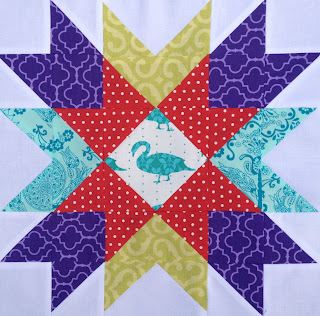 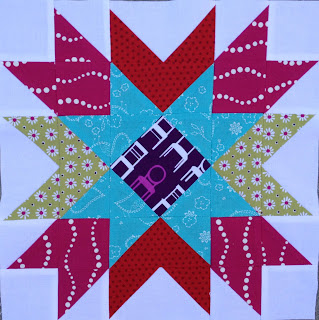 The other block I have finished this month is part of Elizabeth's Lucky Stars Block of the Month series. February's Star is an Exploding Star and I do love how this one has turned out.  January's star was a Funky Star.  I am sticking with a similar color palette for the whole series and will make a quilt with all 12 stars at the end of the year.


And my final finish is sewing the 4 Starburst blocks together to finish the top. I will baste it today, but I detest basting.  Will use some Tula Pink fabrics for the back I think and hopefully quilt it tomorrow. 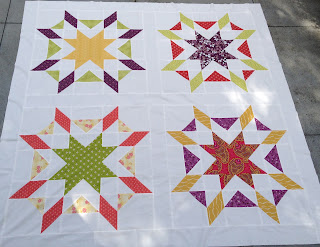