San Francisco and a spot of sewing

Well, after Yosemite we headed to San Francisco. I loved this city. We rented an apartment which was perfect for our needs.  Loved the vibe of this city and there was always something to do, places to go and food to eat. One thing I noticed though was the absence of large bookstores. I love browsing books and even though I have an iPad I still prefer hard copies of books and magazines.  Apparently the two Barnes and Nobles had closed down and there were little independent bookstores, but no major retailers. I hope it's not the way of the future.

We took a Hop On Hop Off bus for a day to orientate ourselves to the city and got to see many of the city's landmarks from the top of a double decker bus. With an entertaining tour guide for the 90 minutes round trip, this was a great way to figure out where we wanted to go. 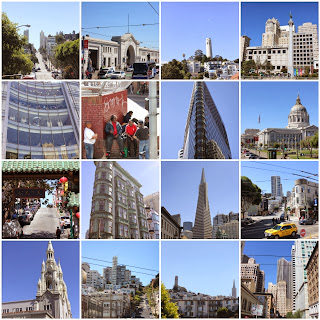 We also discovered Wild SF Tours; 2 hilarious guys that take groups around the city with anecdotes, snippets of history, musical interludes and just a general fun time.  We walked round the Castro and Mission districts for the first one with "Wild Wes" and loved it so much went back and did the Chinatown and North Beach tour with "J. Jo"

We also visited Alcatraz which was fascinating. They have an amazing audio tour that you do at your own pace with a set of headphones. It was very well done and was very sobering. 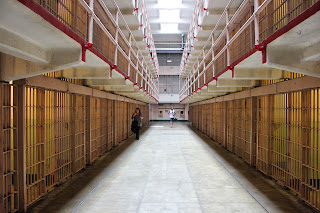 And what visit to SF would be complete without a visit to the Golden Gate Bridge? 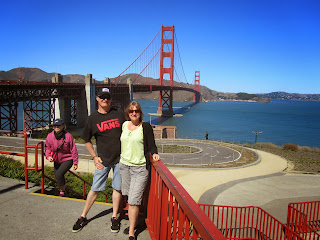 So we are back to reality now and enjoying the almost summer! I am way behind in my Tula Pink City Sampler blocks, so I had a sewing marathon in the weekend to catch up.  I picked up a FQ bundle of Acacia while I was in SF, so started to incorporate that into my blocks. After Birds and Bees, I think this is my next favorite range of Tula Pink's.

So after an amazing day the previous day, we wondered what Yosemite Valley could offer that could be amazingly more spectacular that what we had already seen. Well, Mother Nature still had some surprises in store for us. 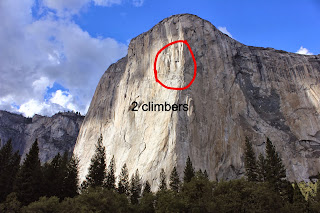 Day 2 we went to Glacier Point and Sentinel Dome at Yosemite.  I thought the view from Wawona Point was spectacular, but I was totally unprepared for what lay in wait...


Photos just don't do this majestic valley justice. The size and scale of the rock faces and valleys is just unbelievable and trees that are awe inspiring when you are at their base just look like tiny dots from the top of Glacier Point. We were up here for ages just taking in the view and feeling quite astounded at what lay below us.

We finally dragged ourselves away and decided on a hike to Sentinel Dome, which was not too far from where we were.