So the previous night some friends from Canada had arrived to join me for the rest of my time in New York City....Natalie and her sister in law Jo, and Janelle of Emmaline Bags. I was sharing a room with Janelle.  Janelle was attending the Quilters Take Manhattan event, which I had decided not to go to, so Natalie, Jo and I decided to go to JoAnns.  We don't have JoAnns in New Zealand, so I had a shopping list from my NZ friends for DS fabrics! The closest one was at Paramus in New Jersey, so we diligently planned it all the night before, carefully working out the trains and where we would need to swap trains etc. 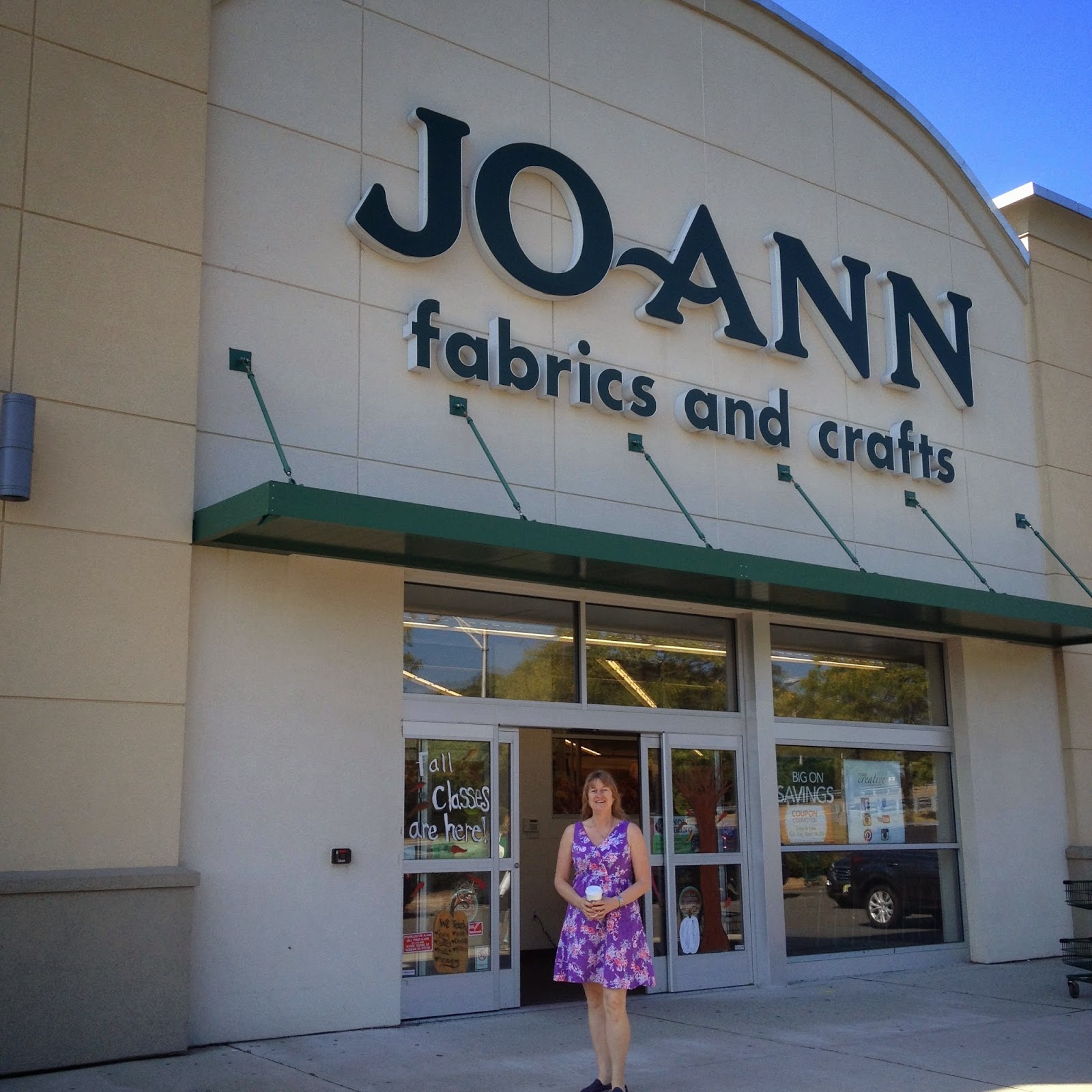 Unfortunately, even the best laid plans sometimes go awry!  We hopped on the New Jersey train and as the conductor came round he told us we had gotten on the wrong train. It was 5 minutes earlier than the one we were supposed to catch.  Anyway, he was incredibly helpful and told us where to get off and that we could catch a cab from the station to JoAnns. There is always a silver lining, however, as when we exited the train station, what should be across the road, but a fabulous little quilt shop. 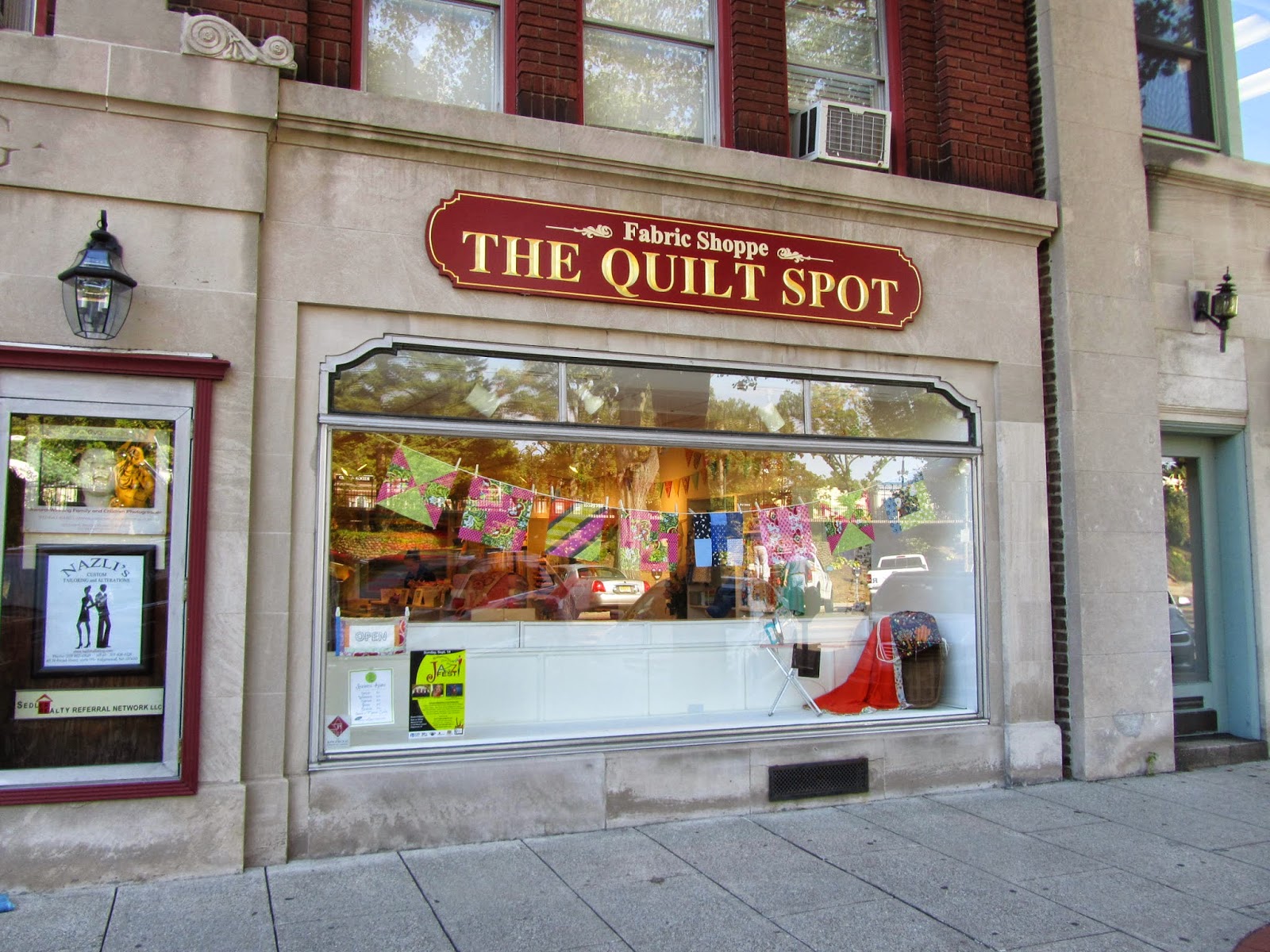 So of course, it would have been wrong not to go in, so while Jo waited diligently for a taxi outside, Natalie and I went in.  I picked up a little bit of Cotton and Steel. 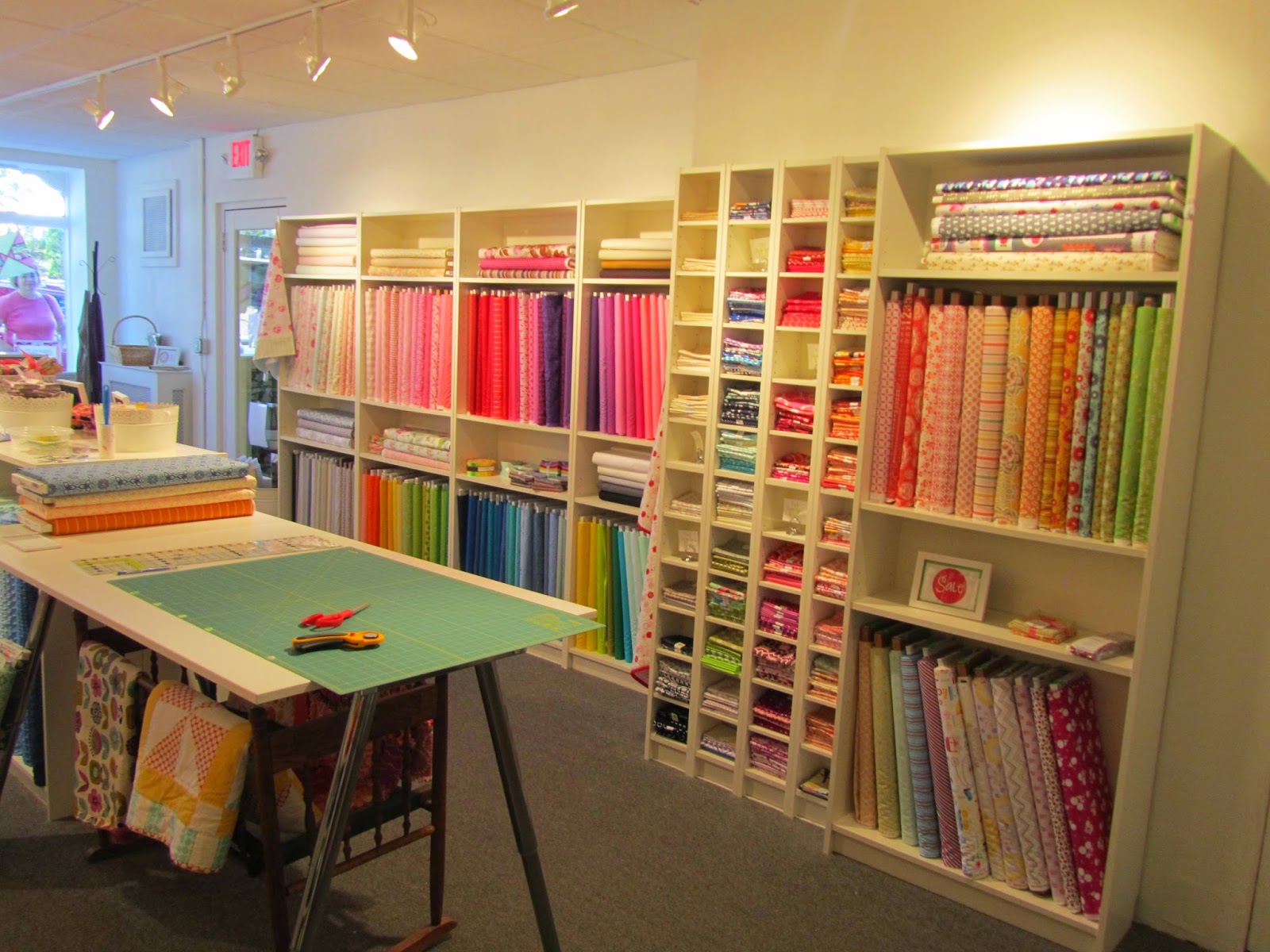 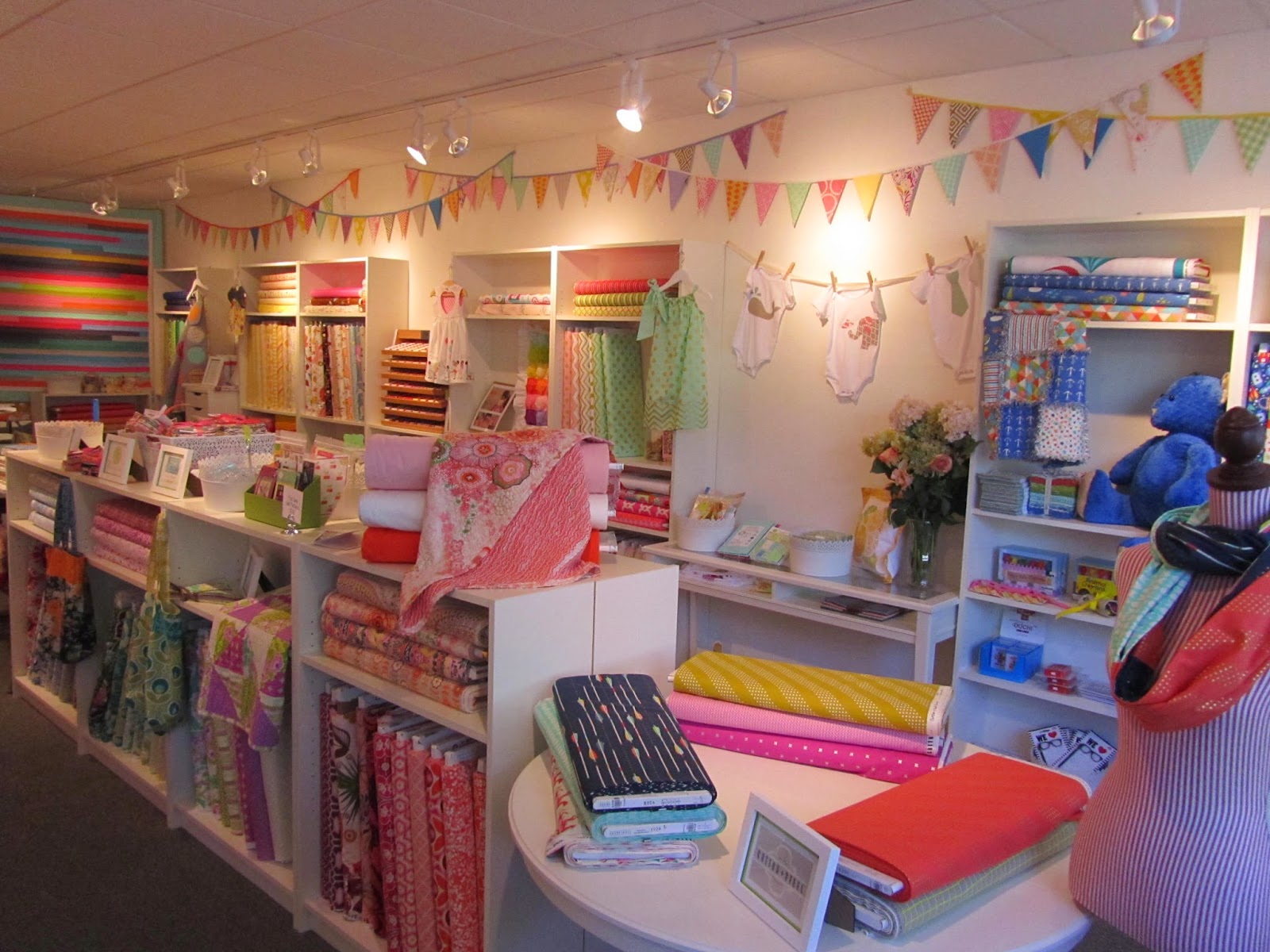 Anyway, we made it to JoAnns.  I stocked up on Shapeflex, other fusibles, DS fabrics and a few other bits and pieces, like Clover clips, a new triangle template and a beautiful pair of Gingher's. I also got Angela Pingel's book A Quilter's Mixology. I managed to get all the Pellon and notions and book for 50% off and then as a birthday gift I had 30% off my entire order.  I saved $150 using the vouchers! Go me!!

So that had basically taken up a full day, so back to NYC we went, on the right train this time! We got half price tickets for Jersey Boys by lining up at the TKS stand in Times Square. 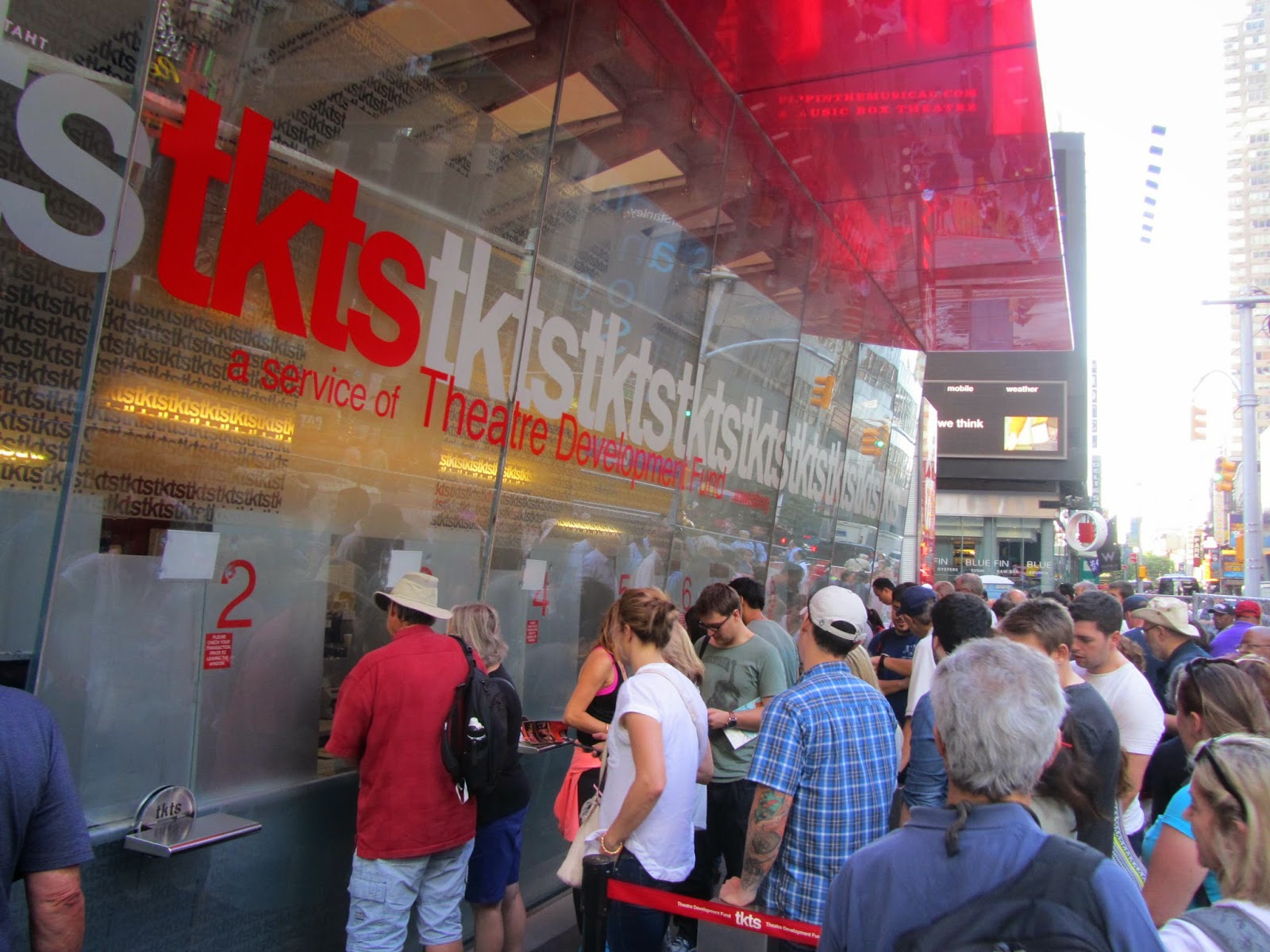 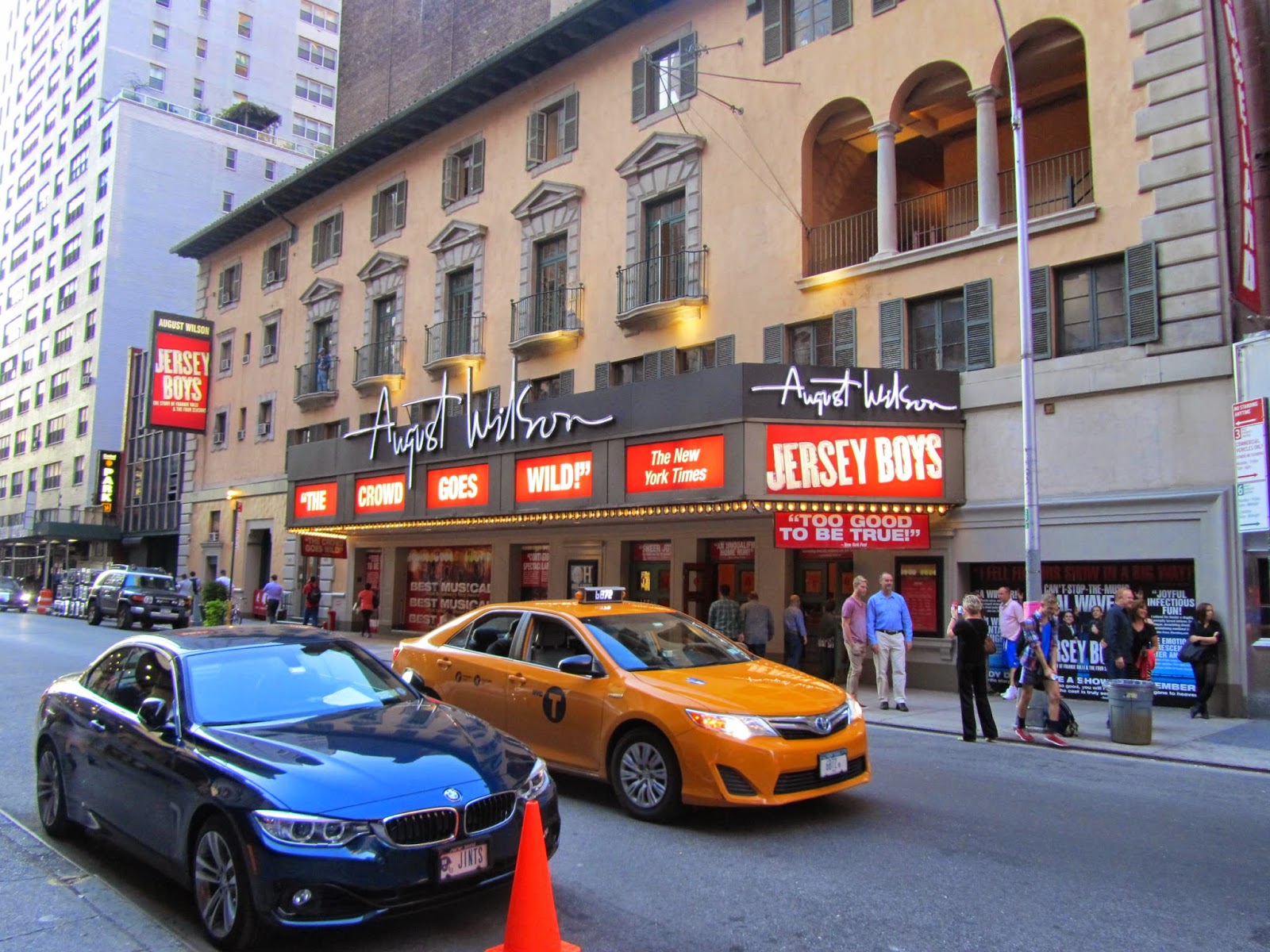 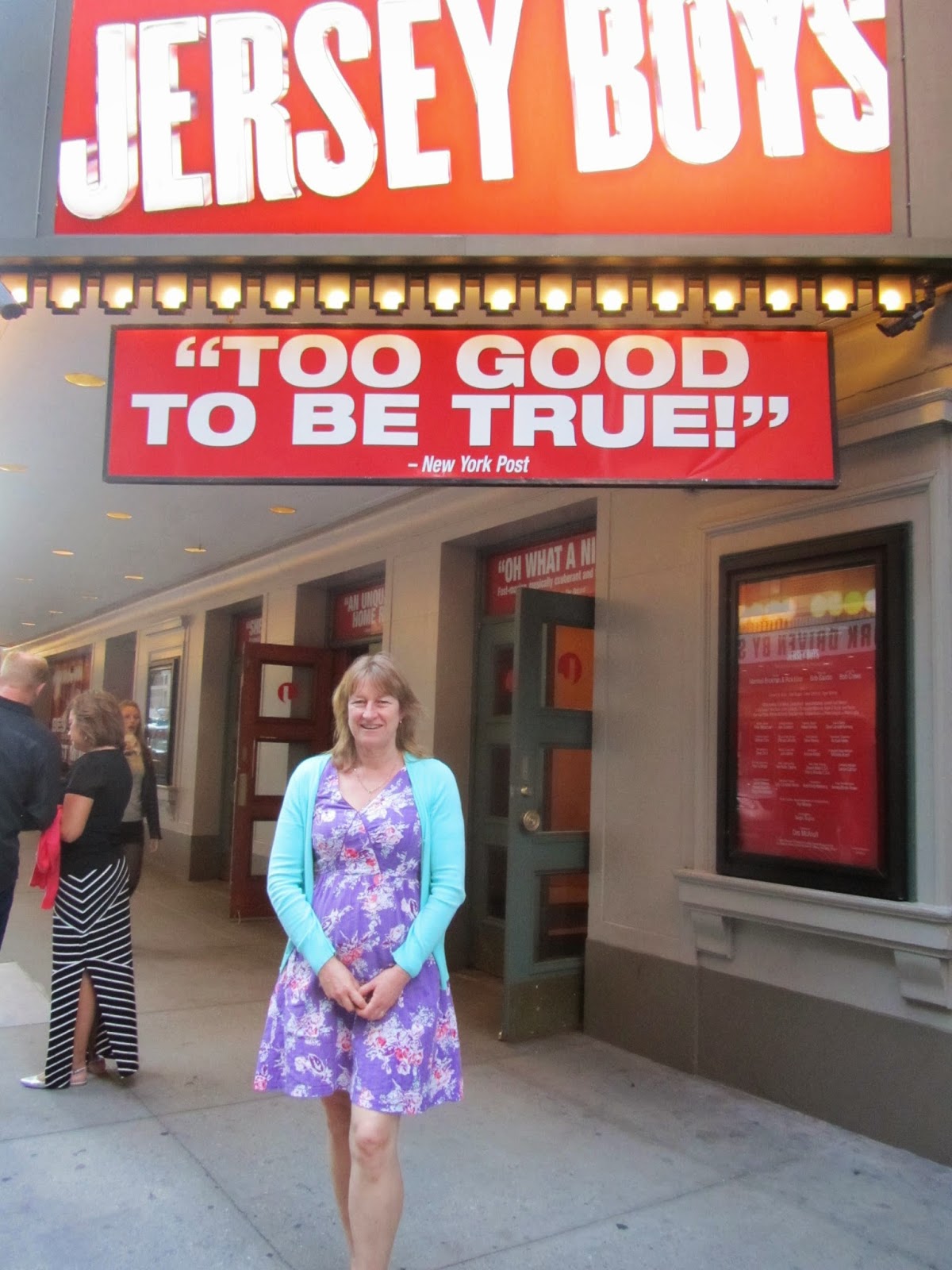 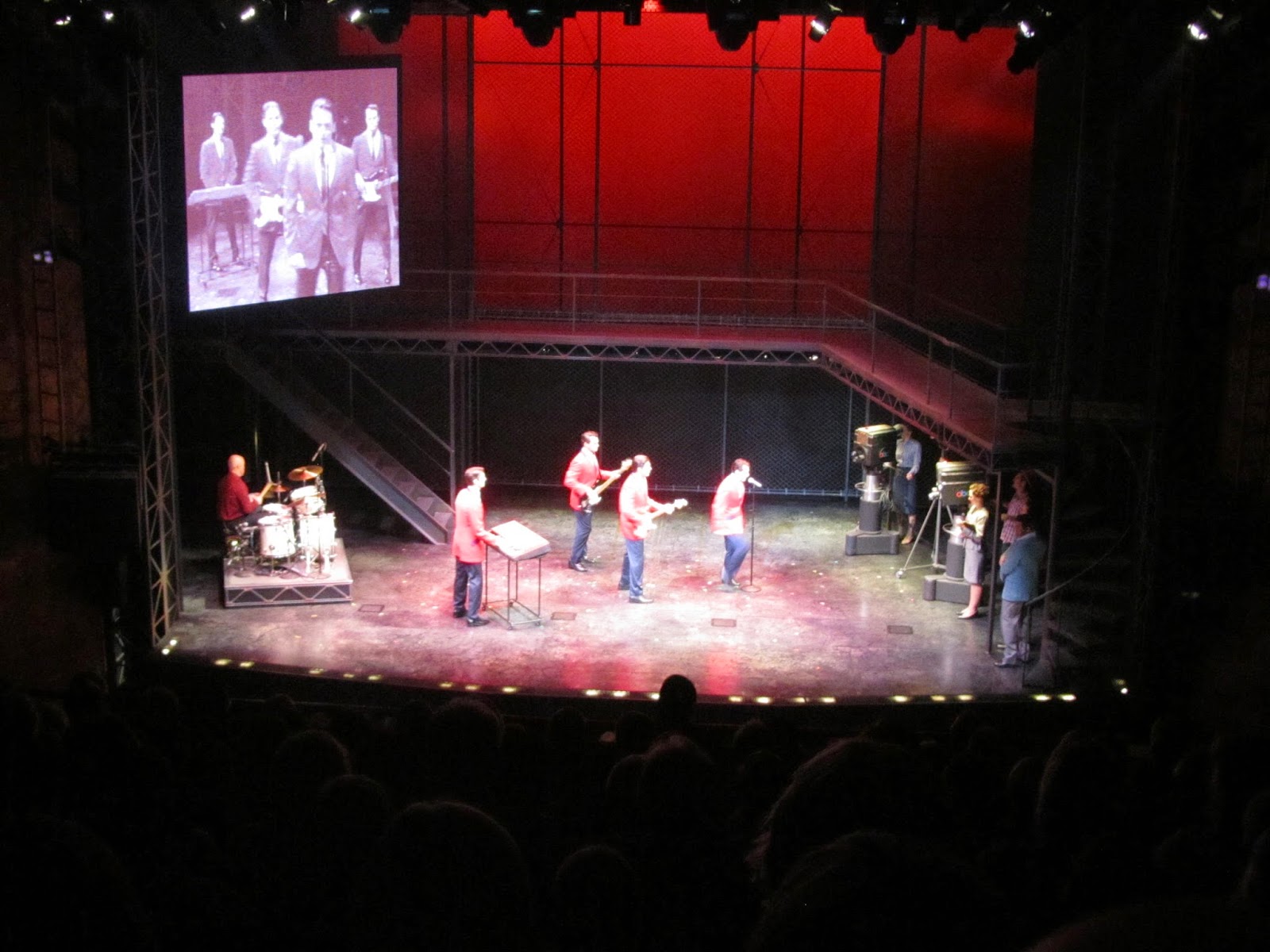 It was an incredible show...loved every minute.  We had good seats and a great view of the stage.

Afterwards, we decided to wander home via Times Square. I must admit, I am not a fan of Times Square...too many people, very touristy and really noisy. 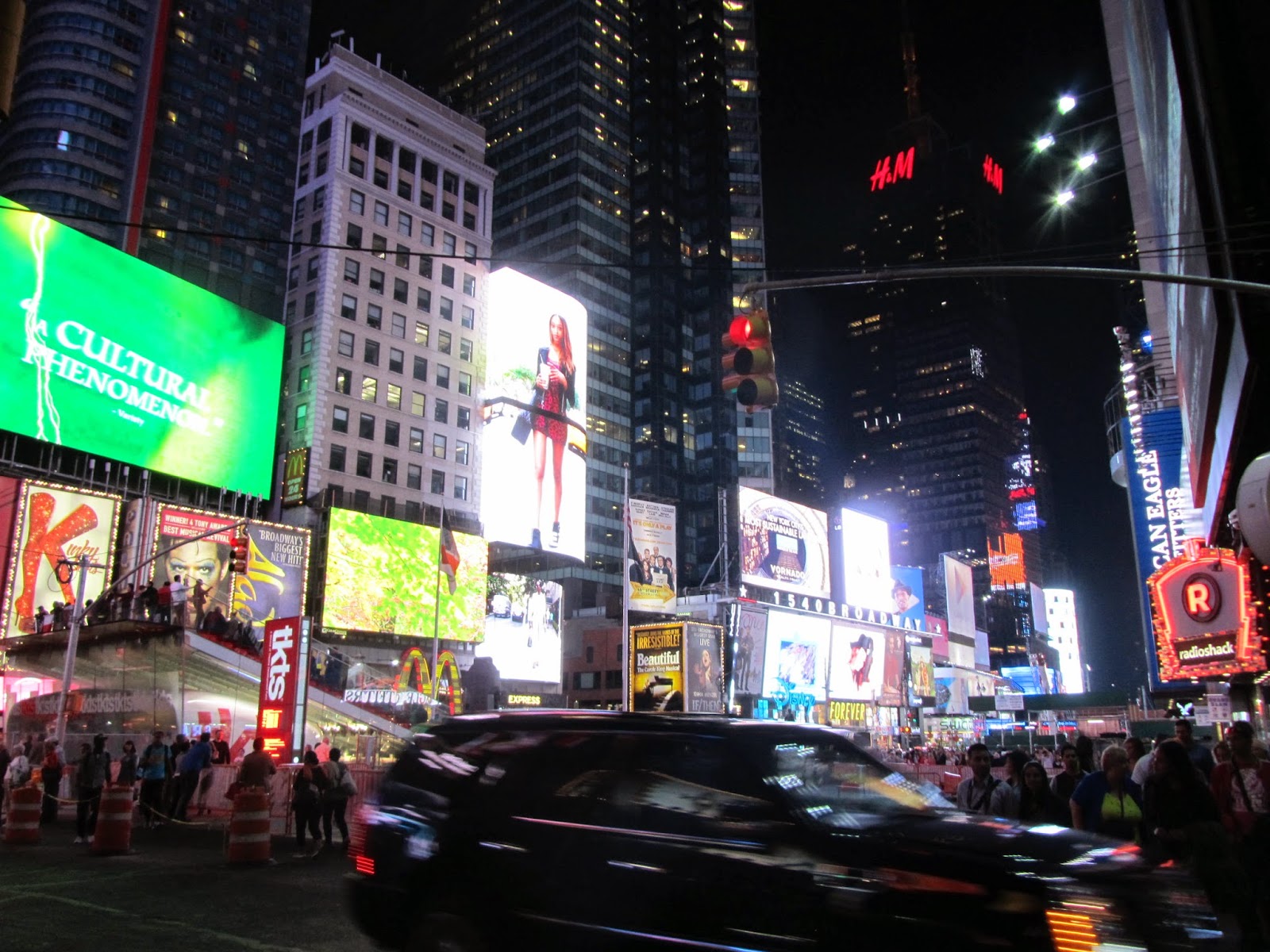 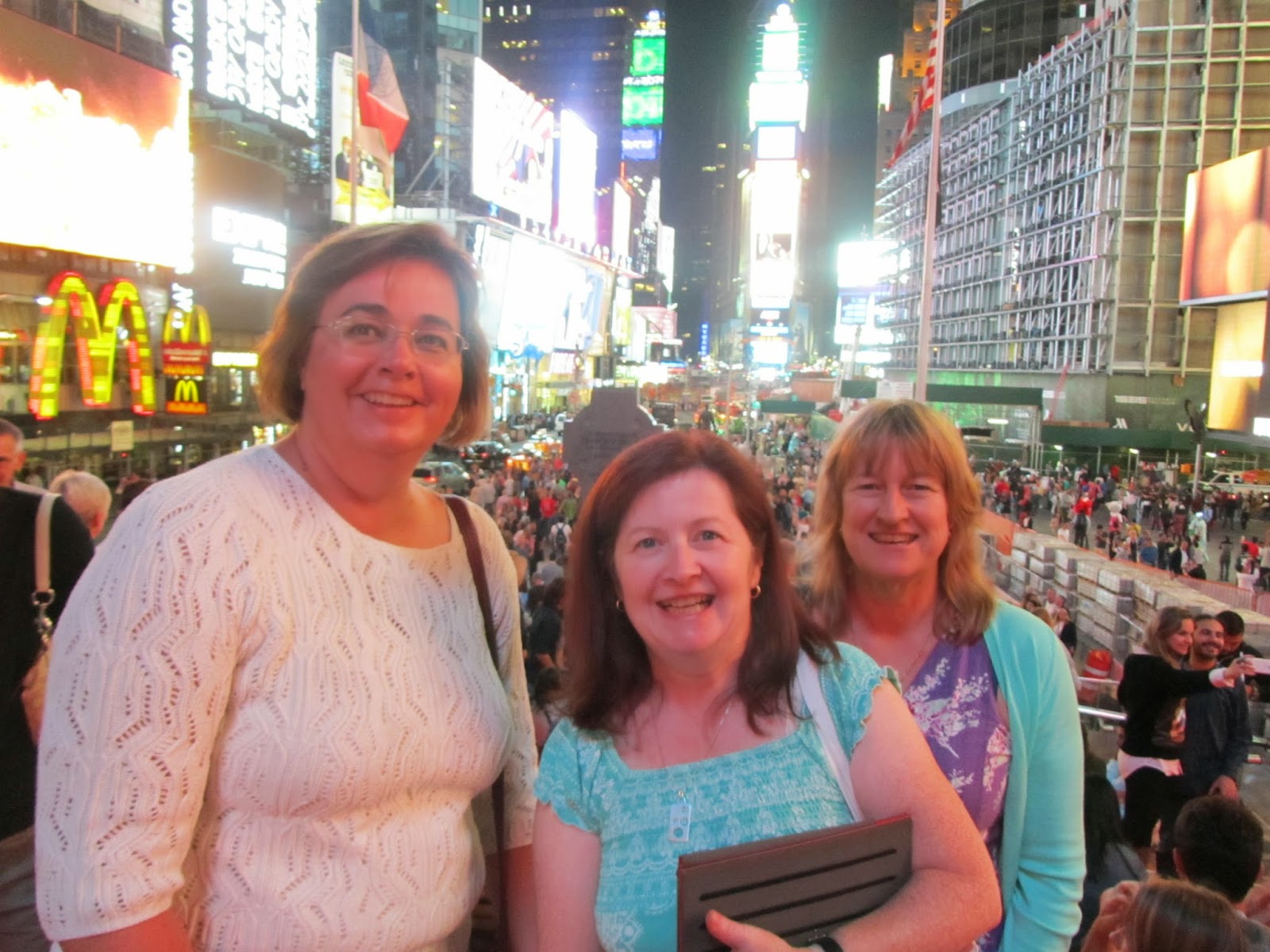 The next day was Saturday and I had arranged to meet Sami again. We decided to meet at Boise Tea Parlor in the West Village, a fabulous little tea house with a gorgeous selection of macarons and sweets.  I broke my sugar free rule and had a macaron and a Chantilly crepe. Just divine! 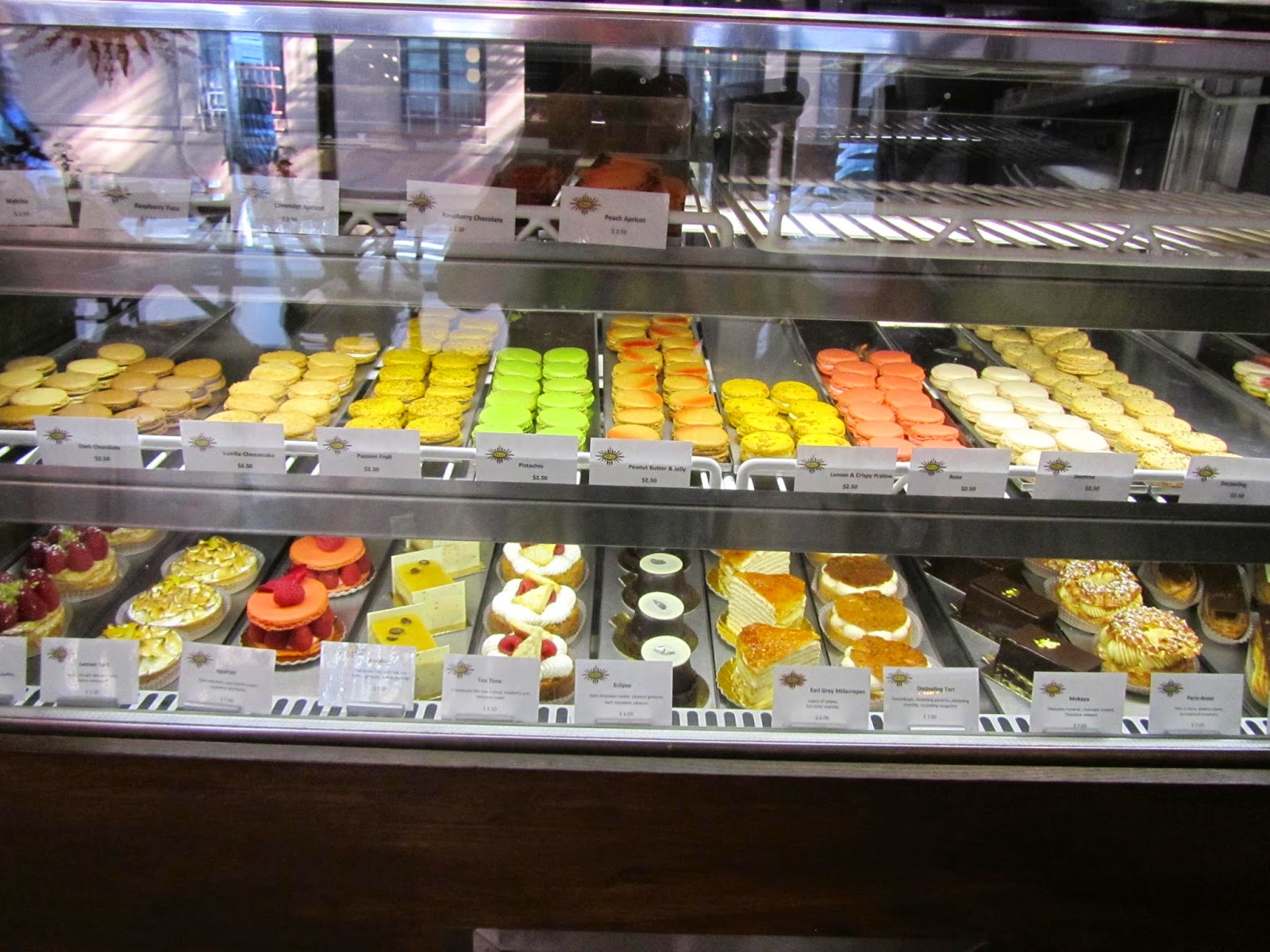 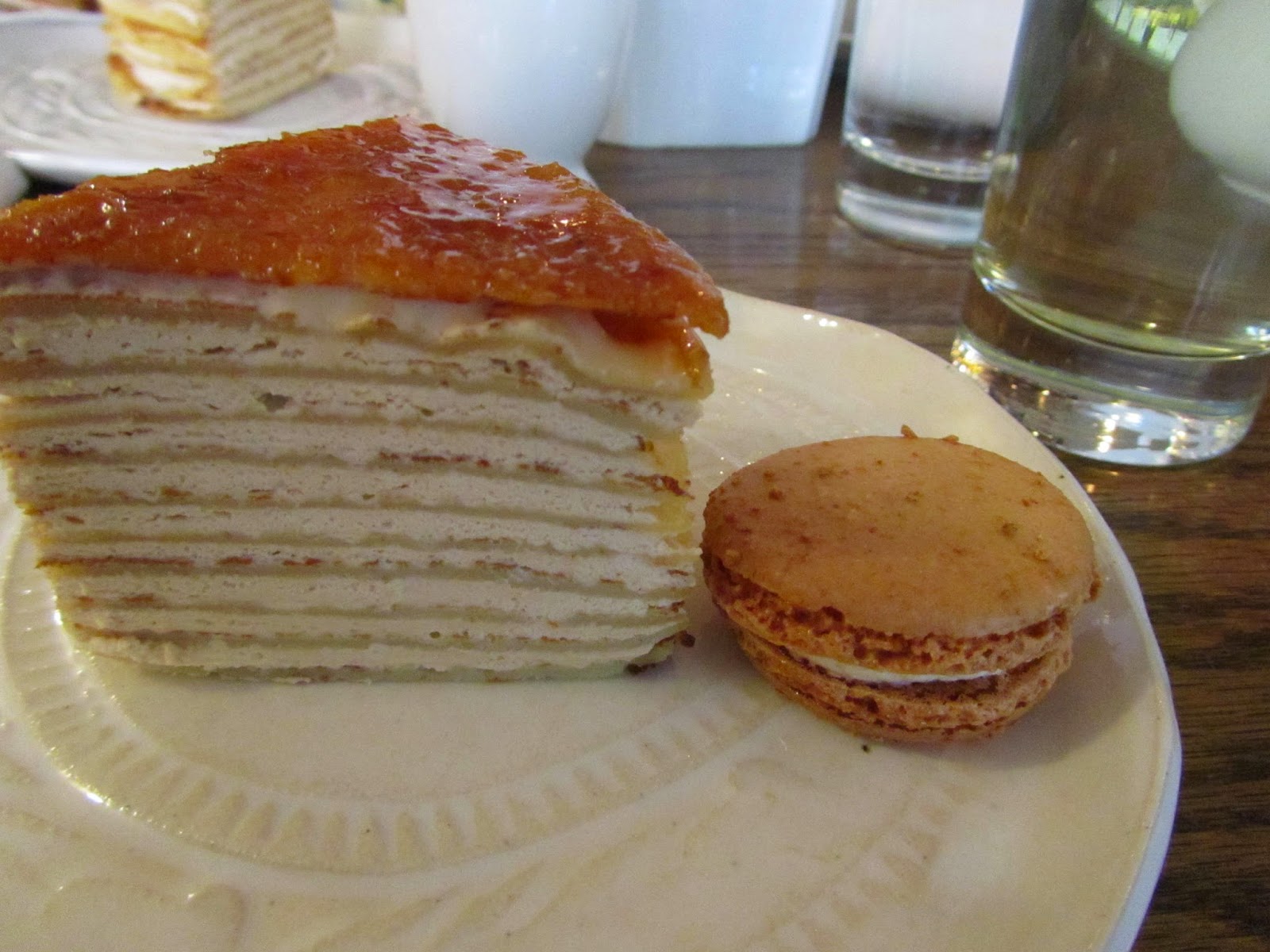 Sami had the afternoon free so we just decided to walk to the 9/11 memorial.  Lots of great old buildings to see on the way. 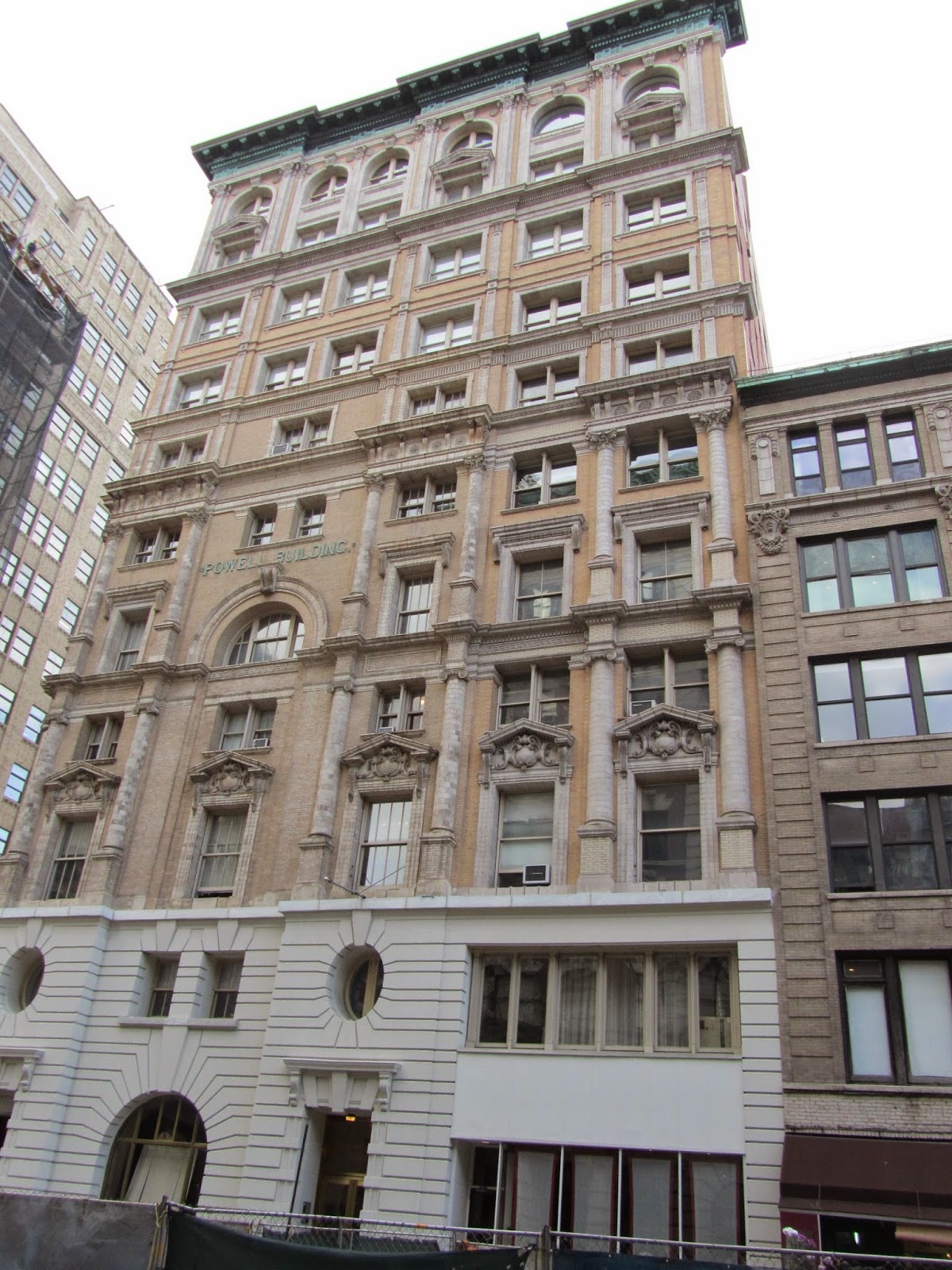 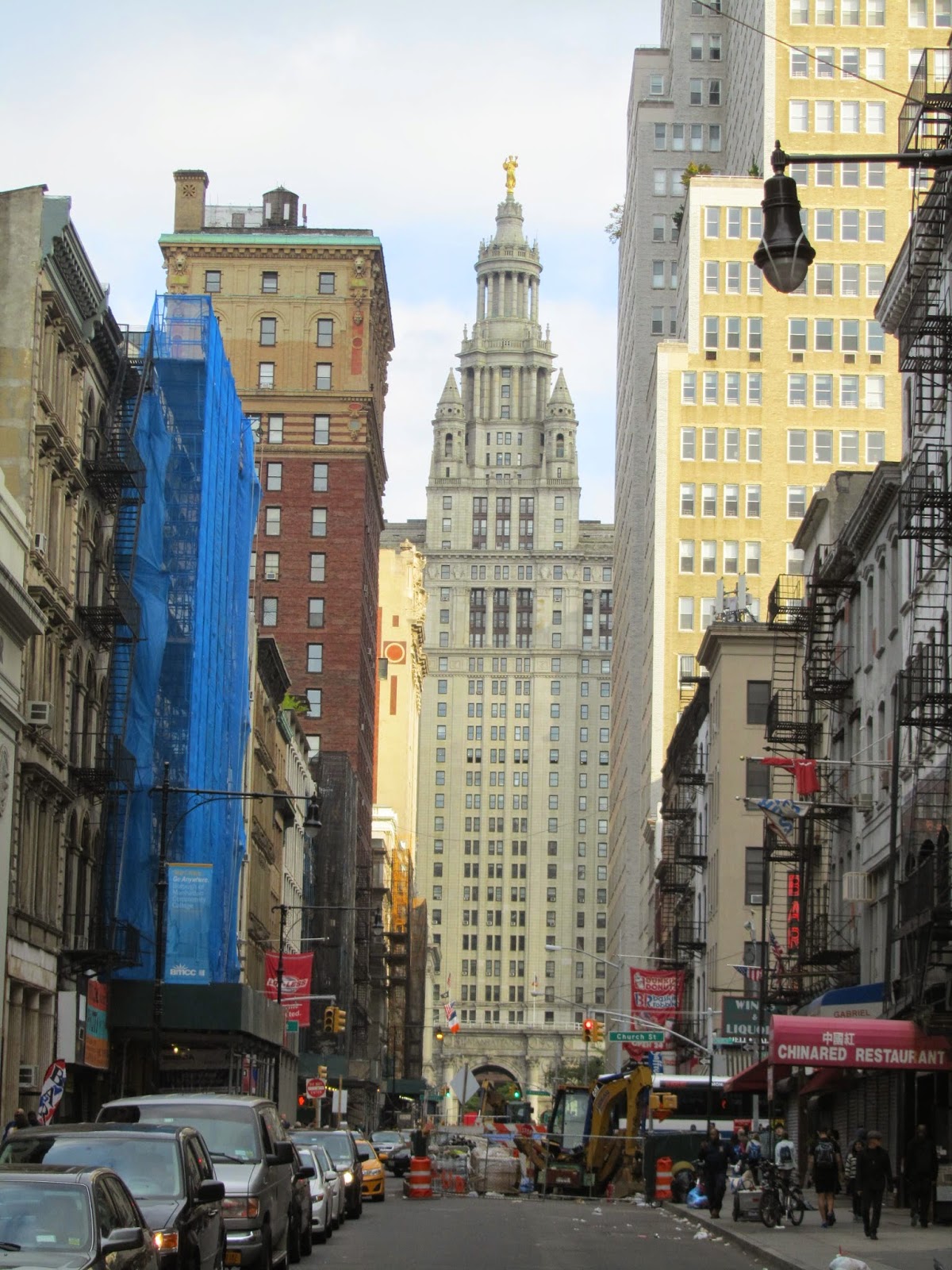 And then we were there...The One World Trade Center (which is also called the Freedom Tower) is part of the new World Trade Center complex next to where the twin towers used to stand. It is the tallest building in the Western Hemisphere at 104 stories tall. 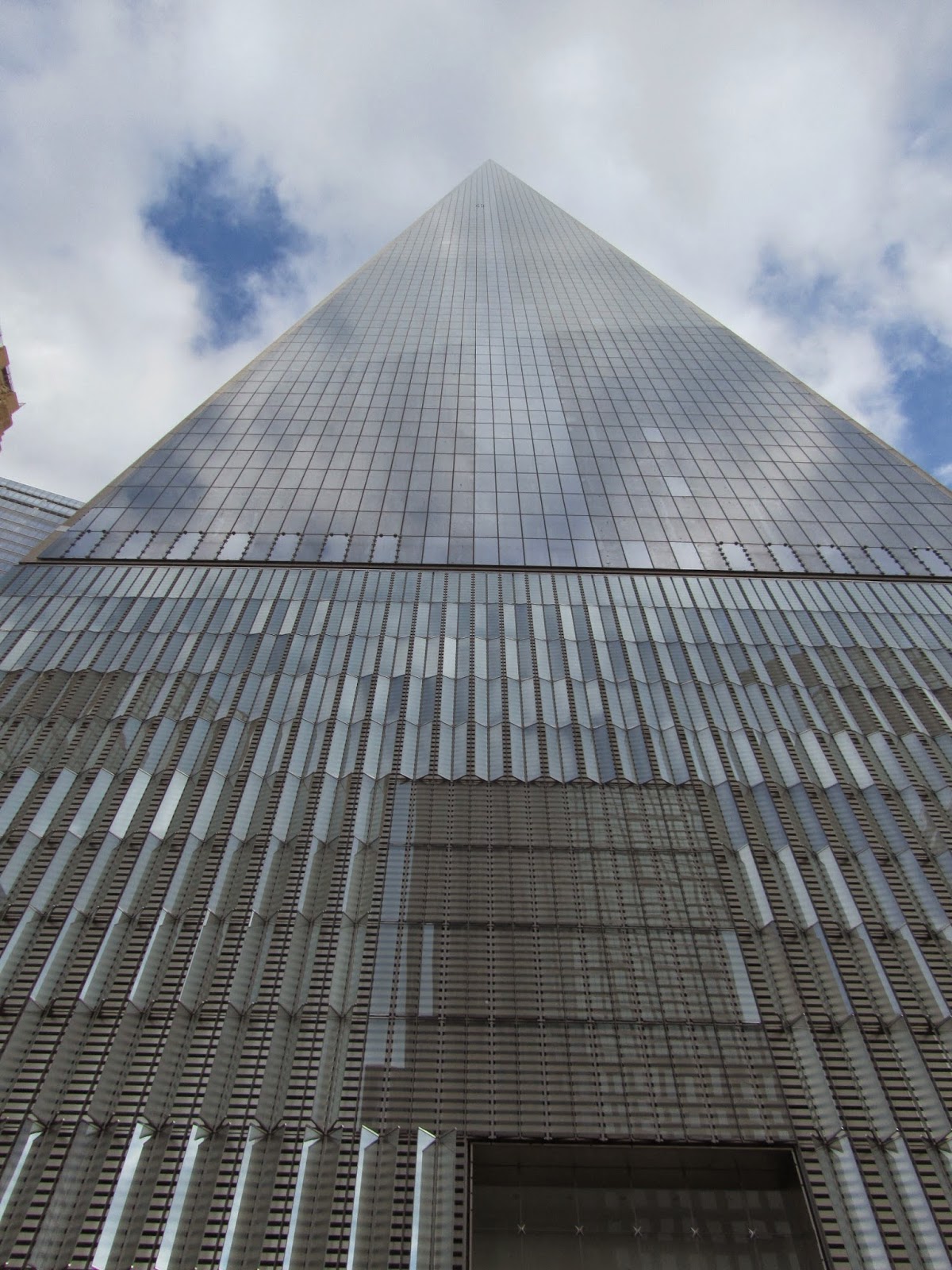 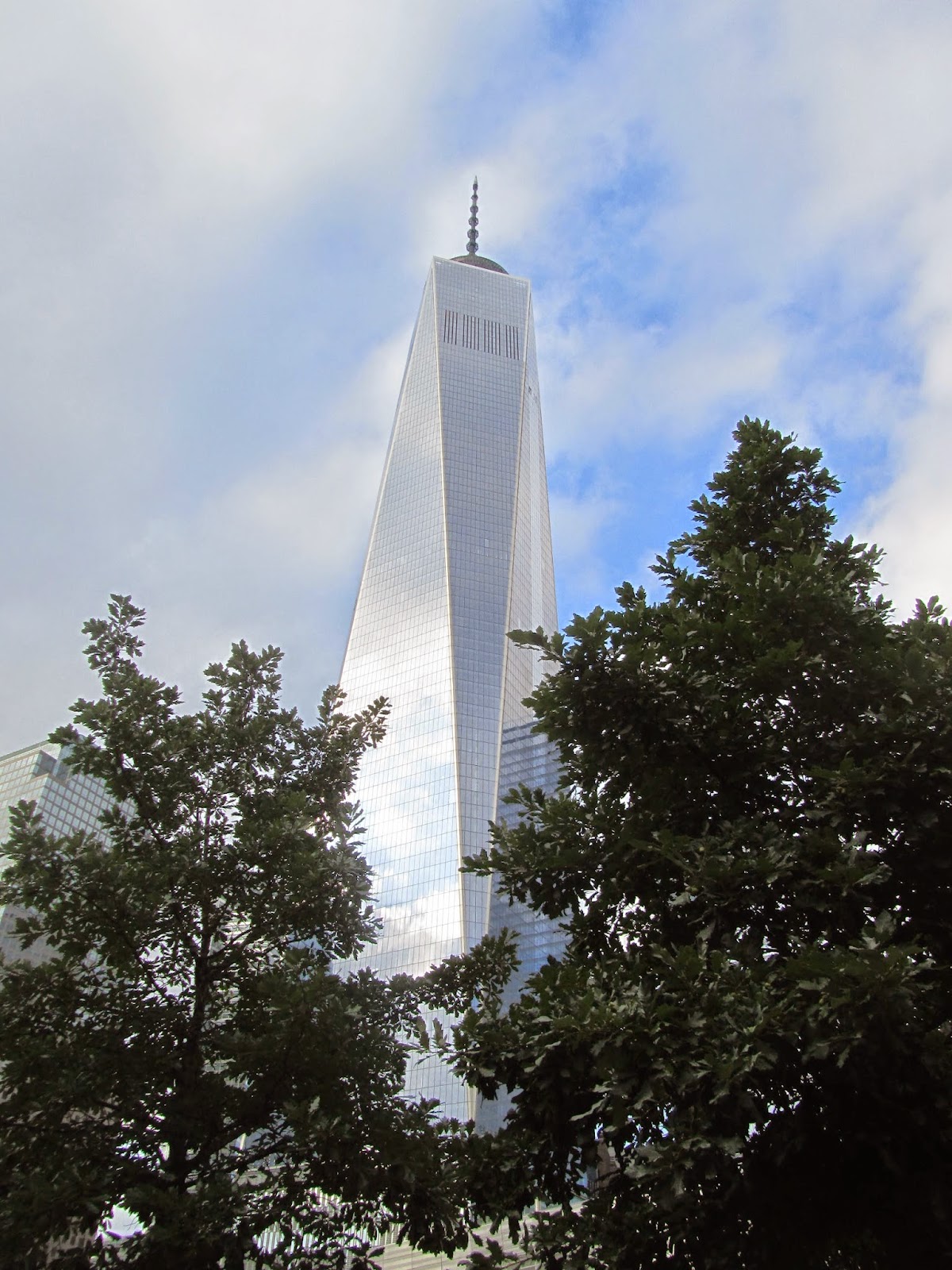 We walked around a little further and came upon the memorial.  It was a very sombre and moving experience being at Ground Zero.   There were 2 huge reflecting pools in the footprints of the original towers with waterfalls disappearing into what appeared to be a bottomless pool.  The names of everyone who died on September 11th 2001 and in the 1993 attacks were inscribed into bronze panels around the edge of the pools. 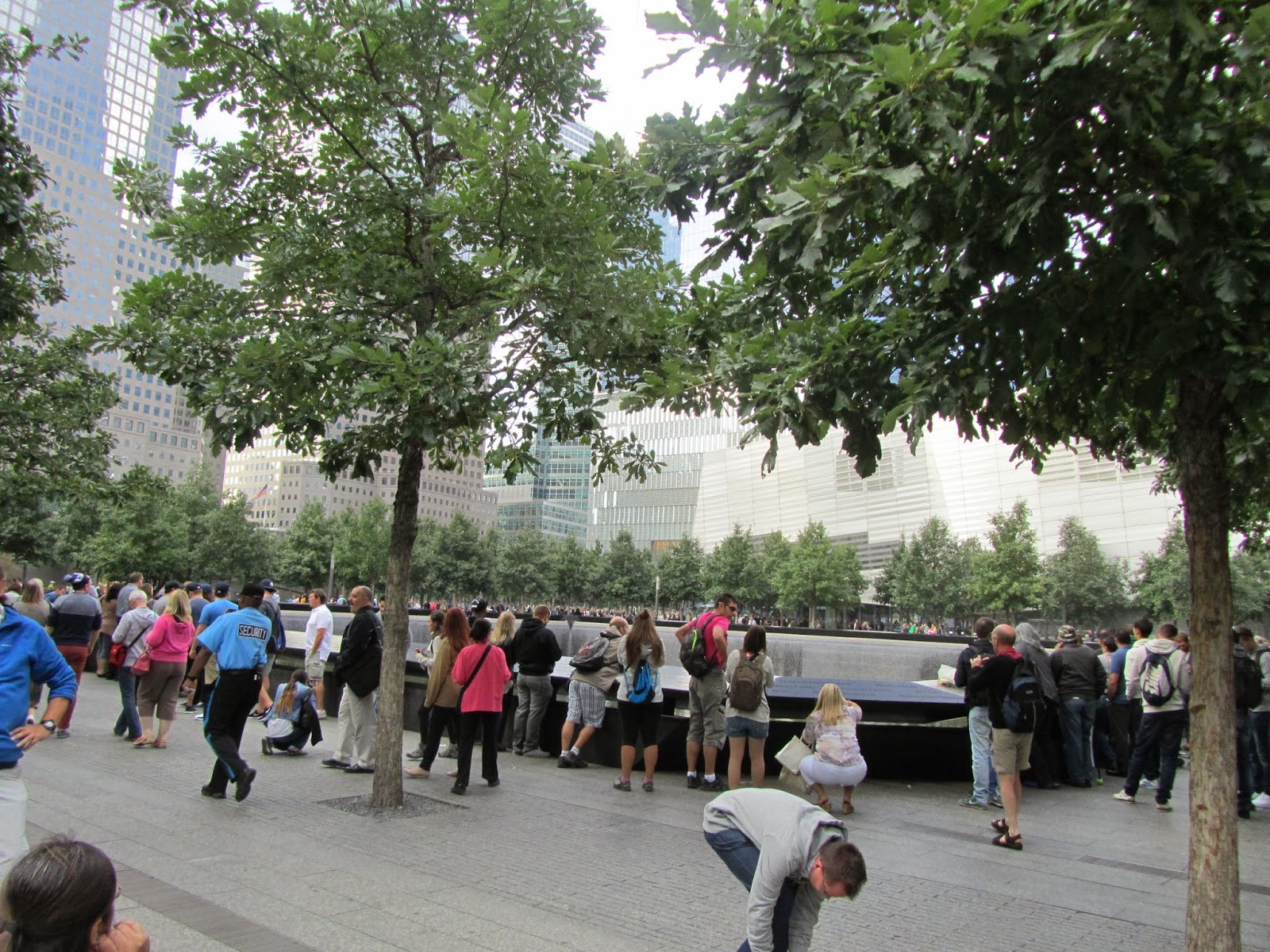 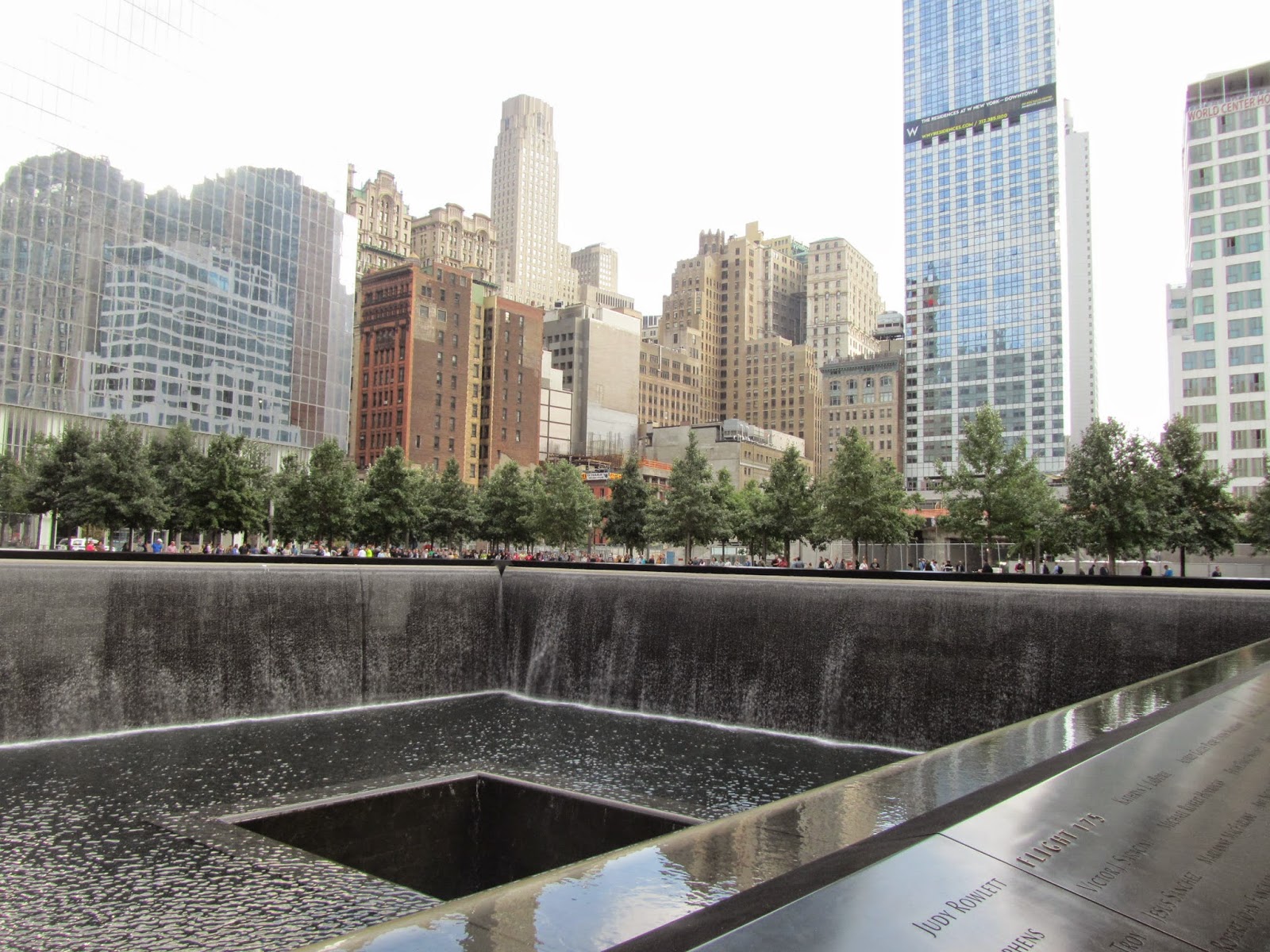 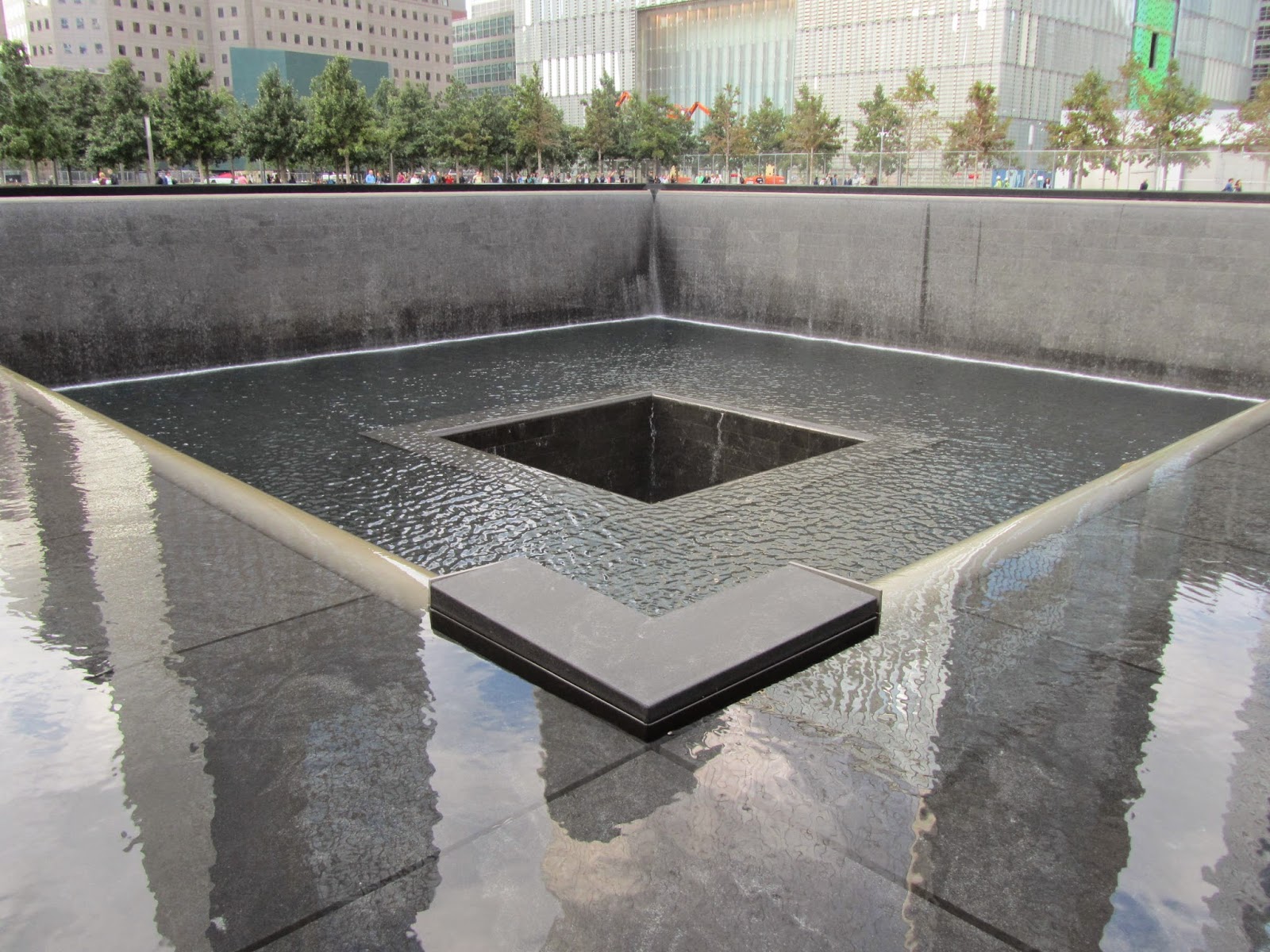 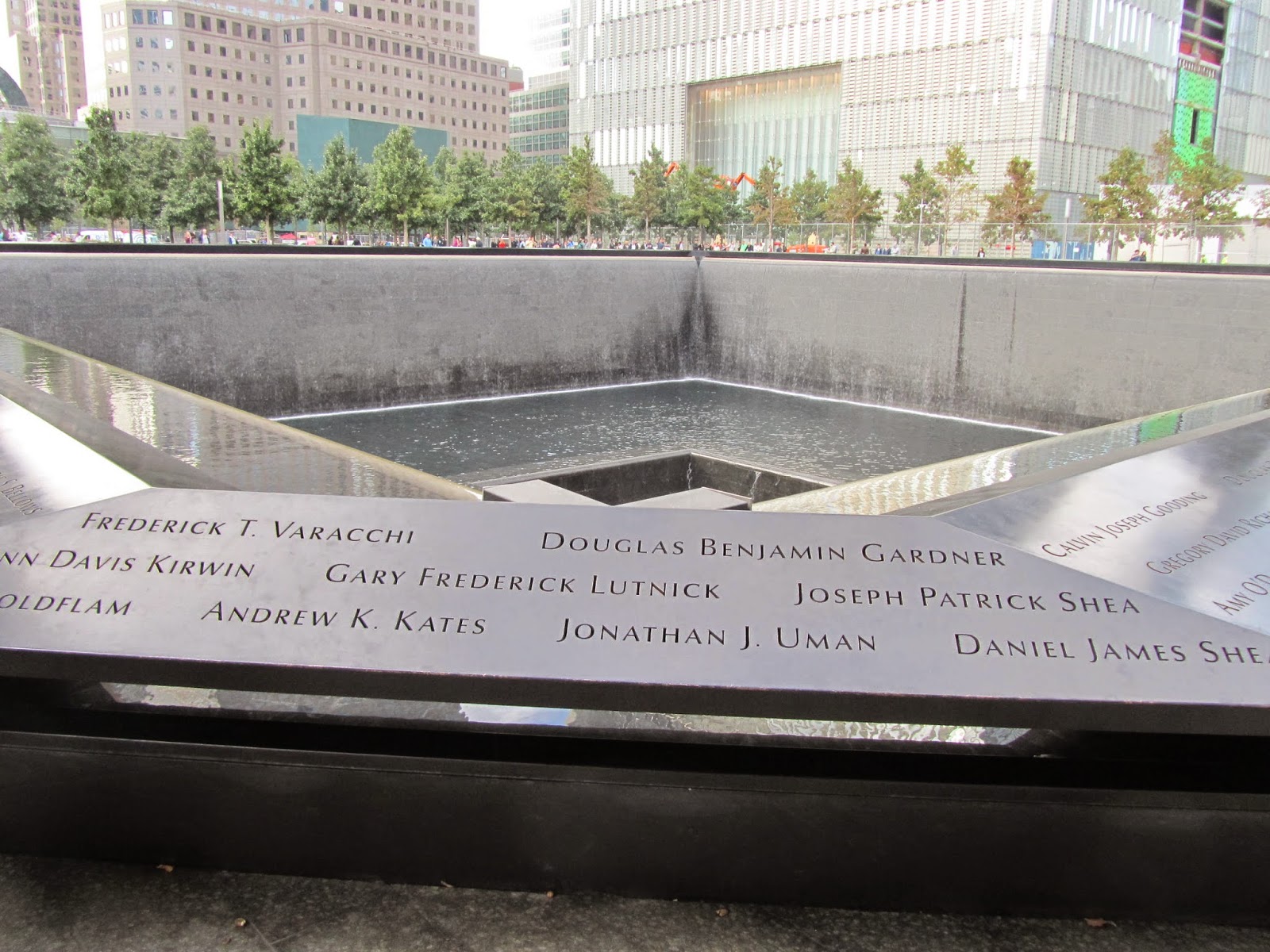 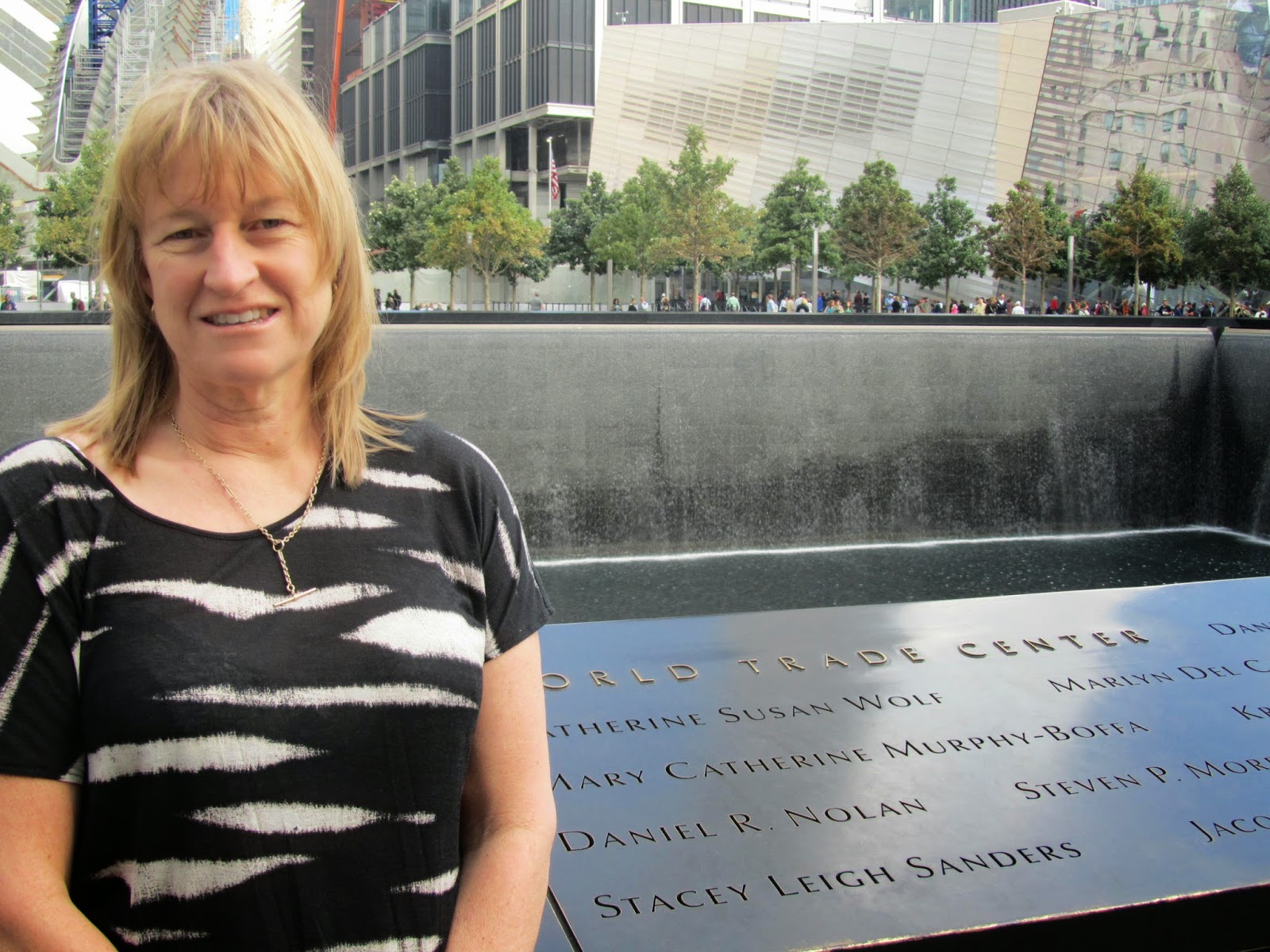 I didn't real feel like smiling for this...I felt sadness and sorrow for the terrible tragedy that had occurred here.  Sami and I were both quite sombre walking back to the subway, reflecting on lives that had been lost and on those whose lives had been changed forever in one way or another.   We said our goodbyes in Union Square and I am sure we will get to meet up again one day.