Well, I have been back home for 2 weeks now and it feels like my trip was a lifetime ago. I LOVE New York City.  I wasn't sure what to expect, but it is just an assault on the senses: so much to see and do.  It was such a long flight...9 hours to Hawaii, a 4 hour stopover and then another 10 or so hours to NYC.   I caught the Airtrain in from JFK to the subway and then changed to a line that would deliver me right into the heart of Midtown Manhattan.


I am well used to using a subway, having lived in Japan for 2 years, but it was initially hard to get my bearings underground when I didn't know the city, so I just took pot luck and took the nearest exit upstairs. Oh my gosh...I hit the outside and looked up and there was the Empire State Building right in front of me....amazing! That's when my heart did a little flip flop and I said to myself "You are in NYC!!!" Apparently, at night, the lights change on the building depending on what is going on in the city at the time. At this time they were red and white in honour of the New York Philharmonic's 173rd season.


I was staying at the Holiday Inn Express on West 36th St which was actually a perfect location. Very central to many things and close to the subways.  I just explored on my first day there. Macy's was across the road...it took up a whole block!! I just kept walking...you see so much this way.  I ended up  in 17th Street from 36th Street! It's easy to find your way around in Manhattan...the streets go horizontally and the avenues go vertically.

By this time I was working up an appetite so I headed to The City Bakery  for lunch...a fab little restaurant that serves fresh organic fare. 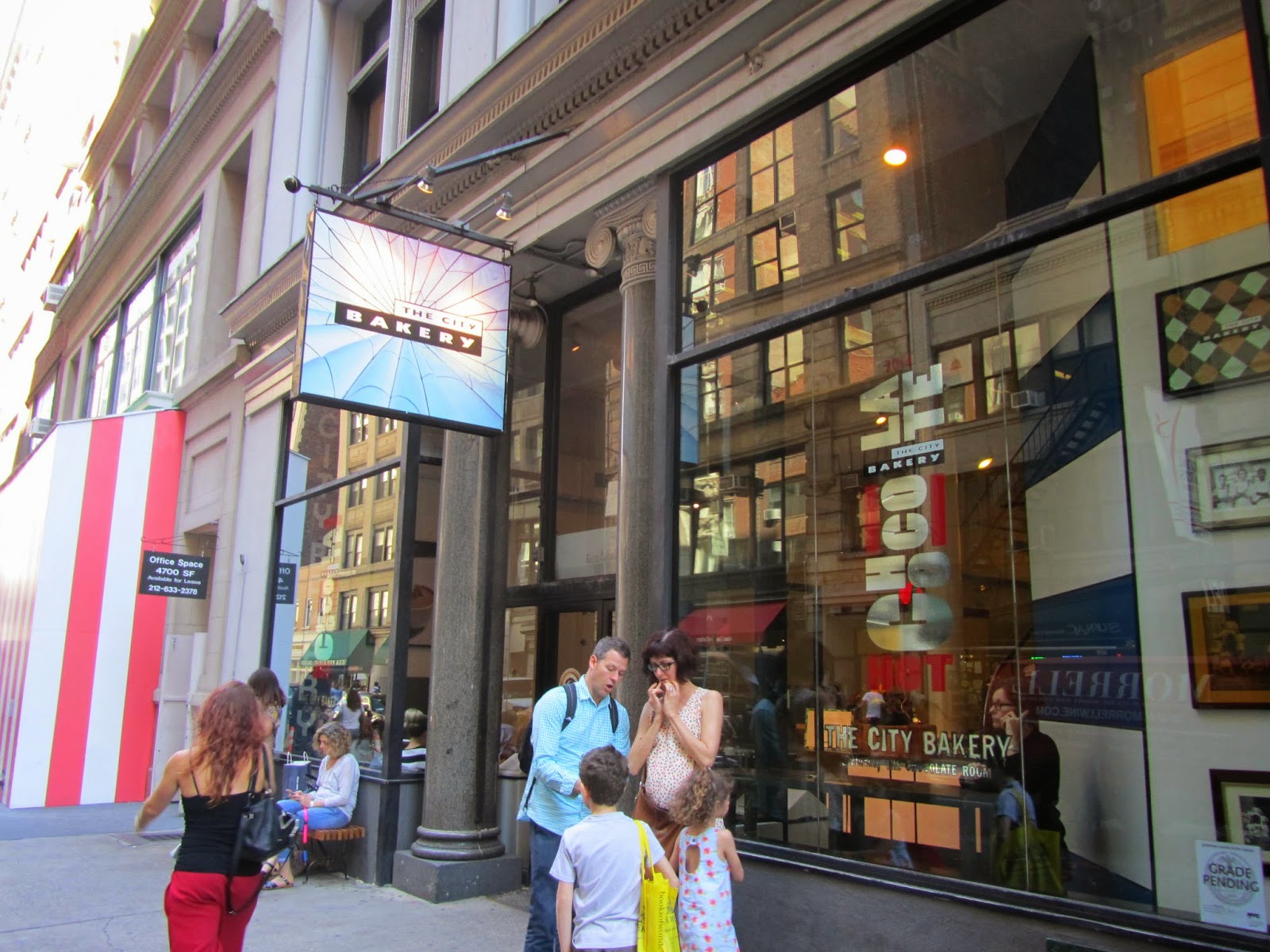 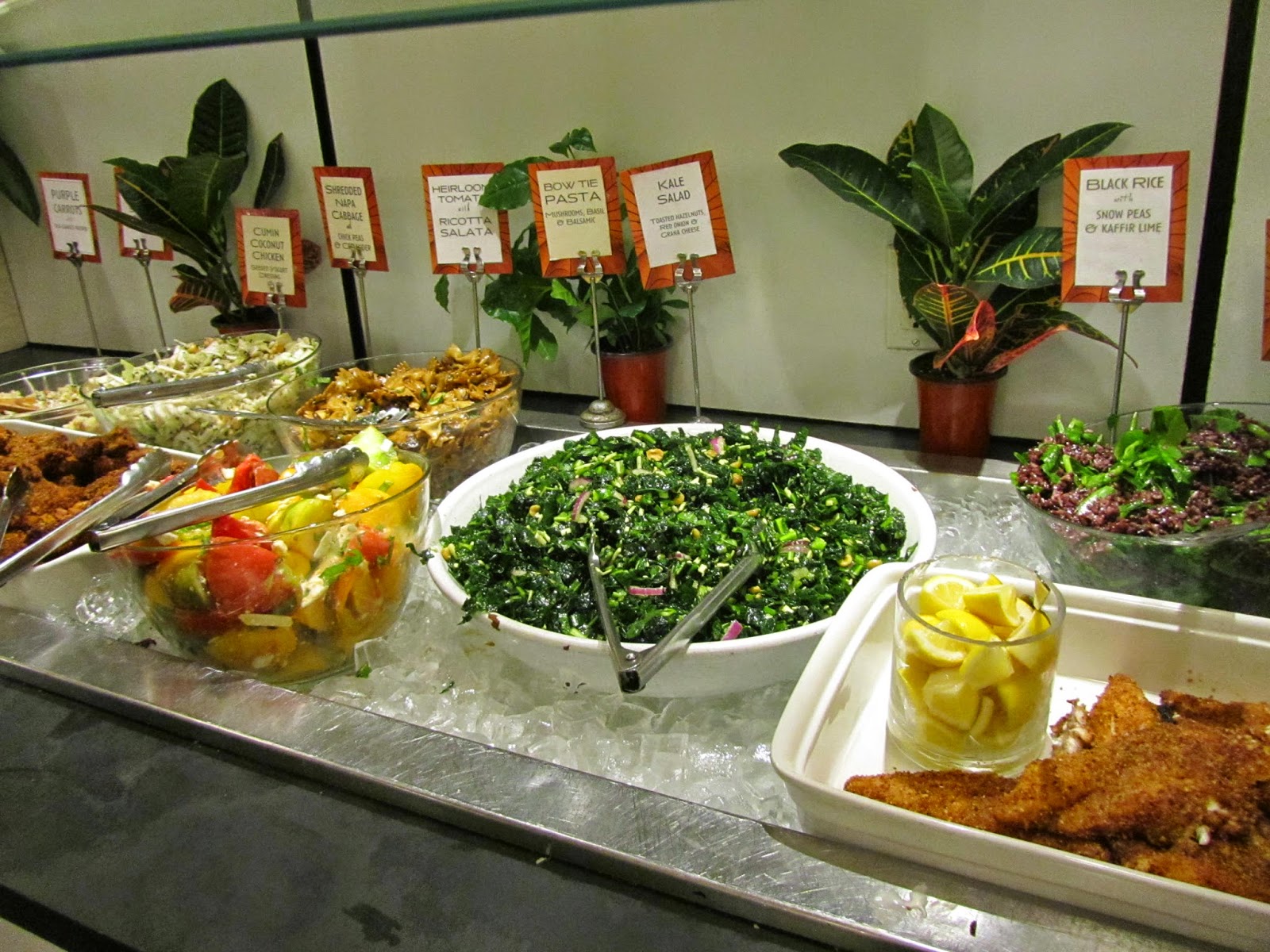 And then it was a slow walk back uptown with a few sights to see on the way...

It was free entry at the Museum of Modern Art, so I took advantage of this.  Amazing museum with so much to see. Loved seeing some of the famous artists I had only heard about: Picasso, Van Gogh, Monet, Salvador Dali, Matisse. 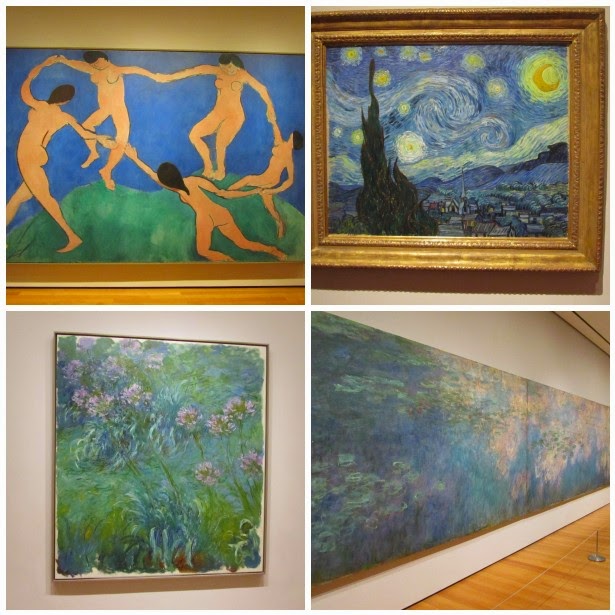 I then wandered back to the hotel, not really sure where I was going, but heading in the general direction.  I stumbled upon Times Square...Crazy, noisy, full of tourists, neon lights, just madness. It was shoulder to shoulder people and I couldn't wait to get out of there. Completely different to what I expected...One place I did not want to come back to in a hurry. 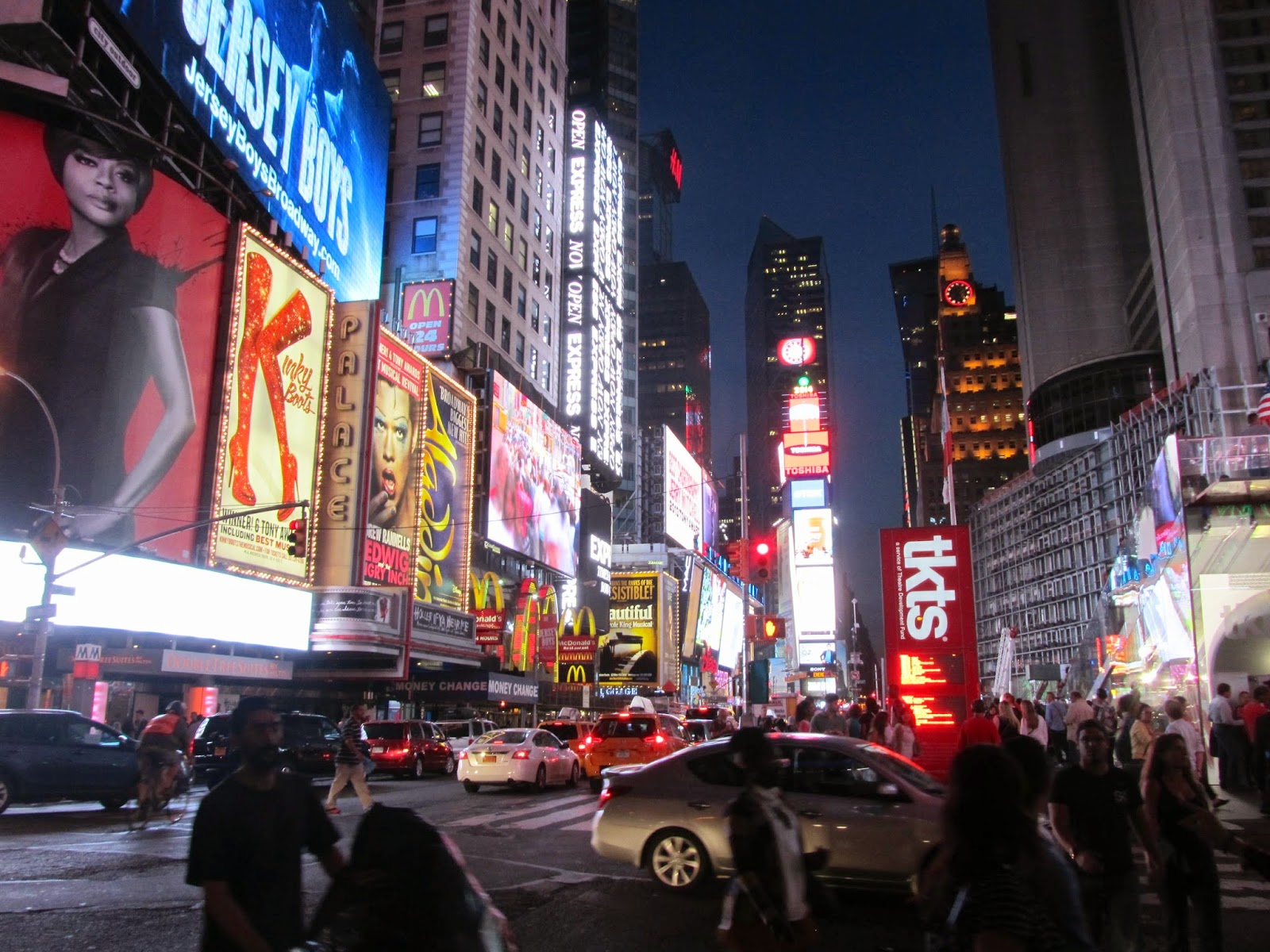 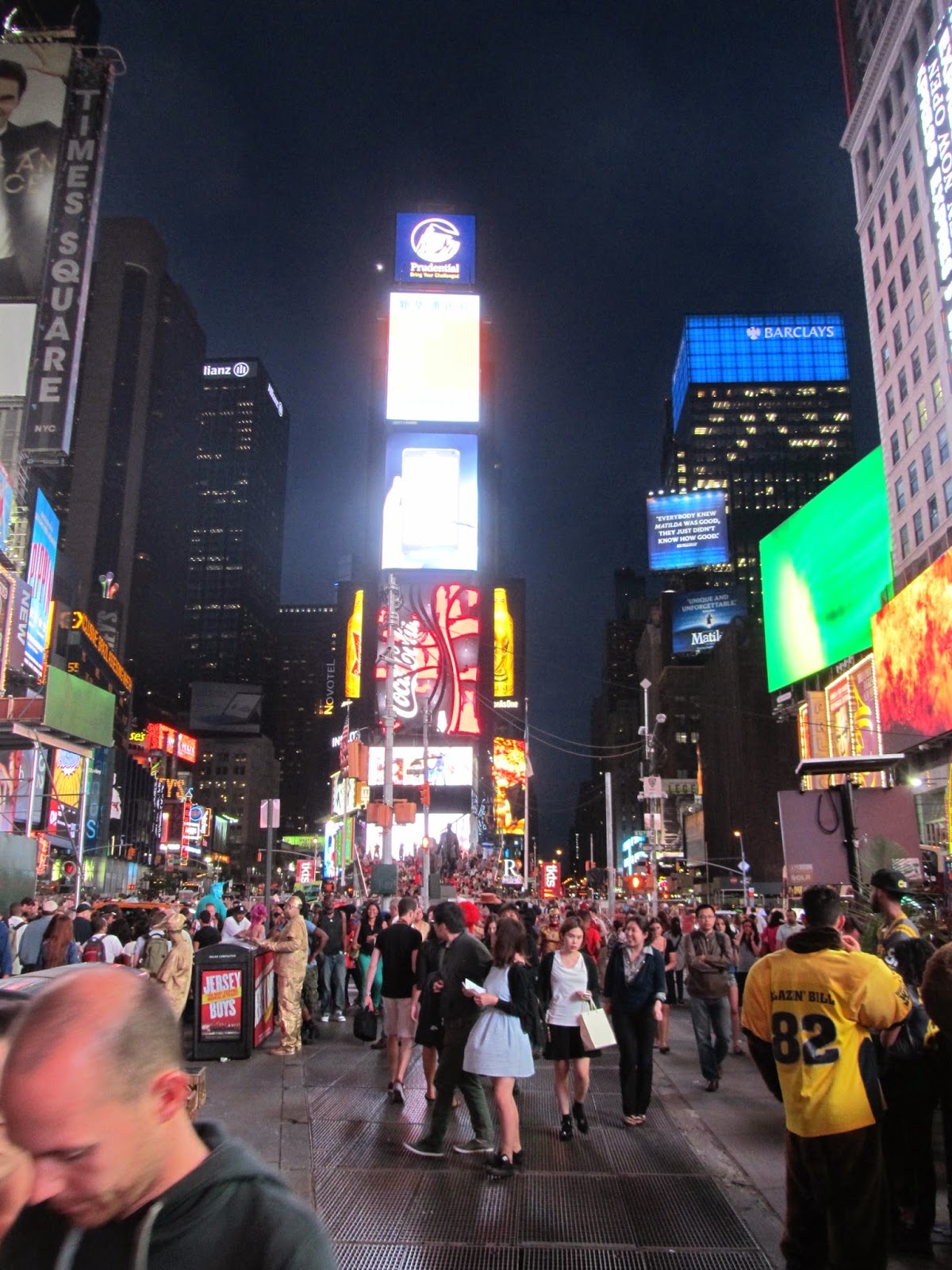 I finally made it back to the hotel and crashed around 11pm. At this stage I had not had any serious sleep for about 48 hours!! I was meeting Sami, someone I had met through a Flickr swap, the next day at 11am.  I had received the most gorgeous pillow from her.  I finally woke at 11.45am the next day!!! Yikes, I hurtled out of bed and got in touch with Sami. Luckily, she wasn't far away and we had the most fabulous day, once I had apologised profusely!! 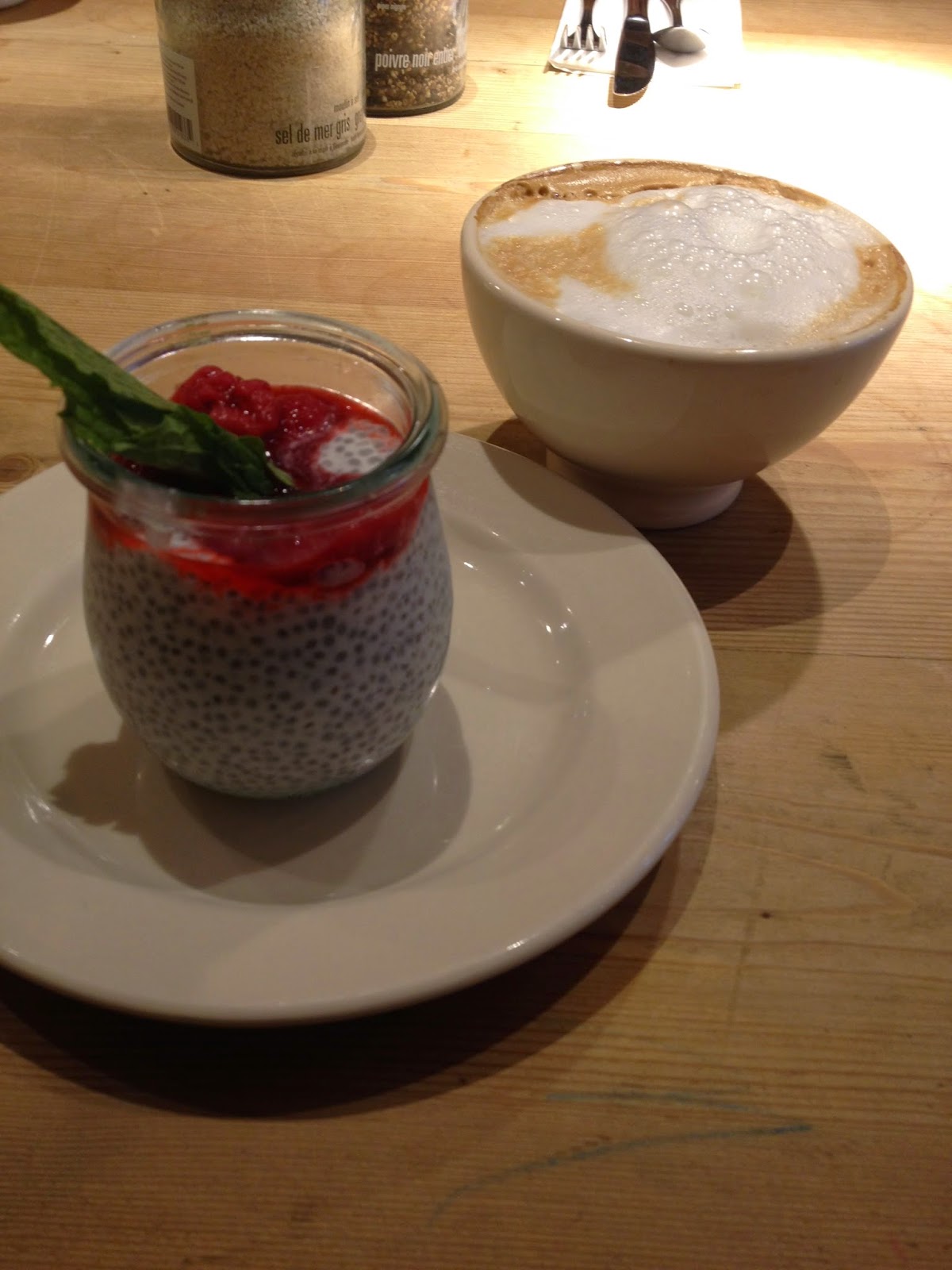 We talked and talked like we had known one another for years.  Then we wandered along one of the Avenues looking at shops, oohing and aahing in Anthropologie, stopping for more coffee, more shopping and then it was time to say goodbye at the end of the day. We arranged to meet up again later in the week.

The next day I decided to walk the Highline, an old freight rail line that is above the city and had been transformed into a beautiful walkway. Lots of artwork, sculptures, flowers and places to rest... 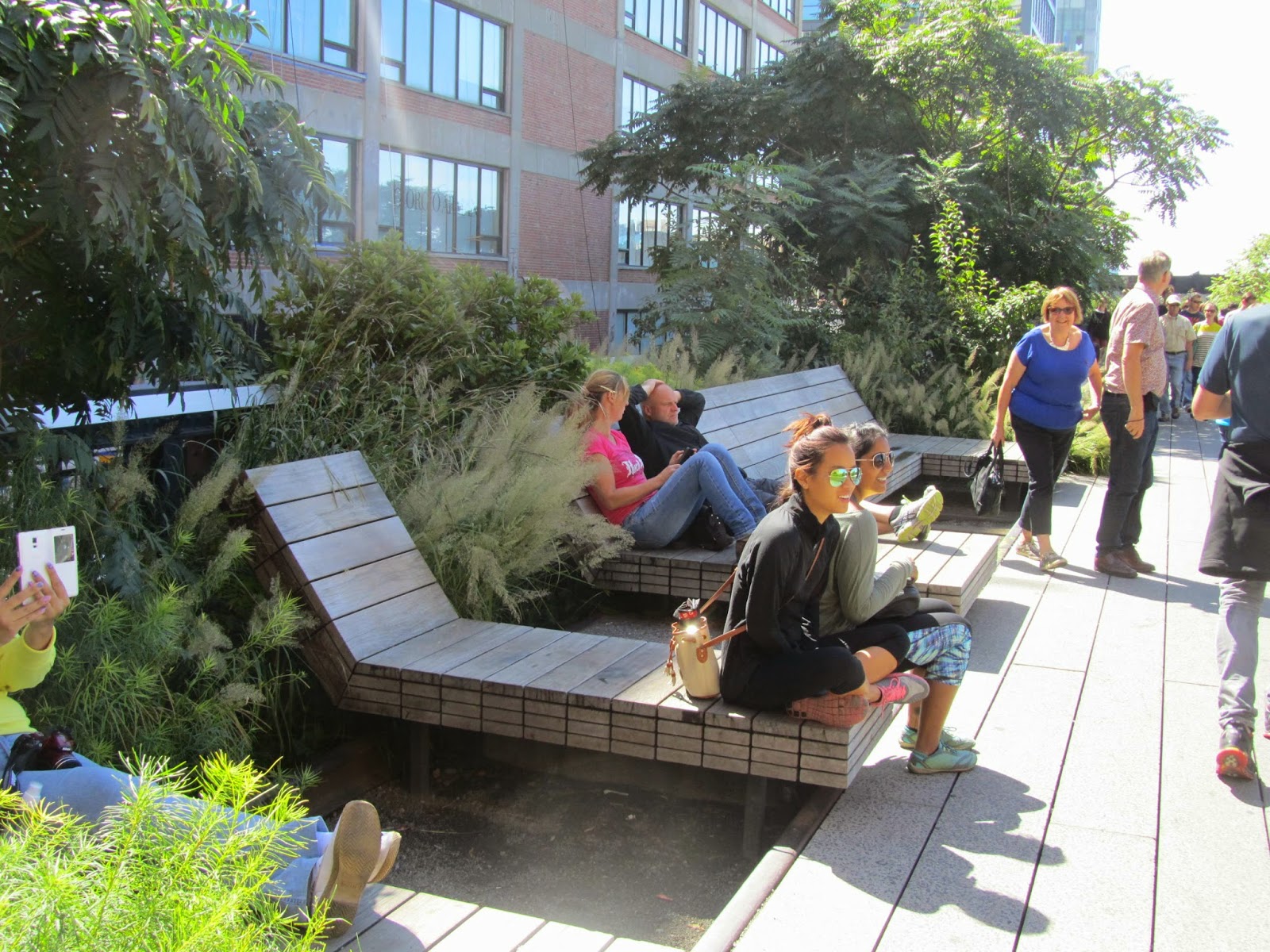 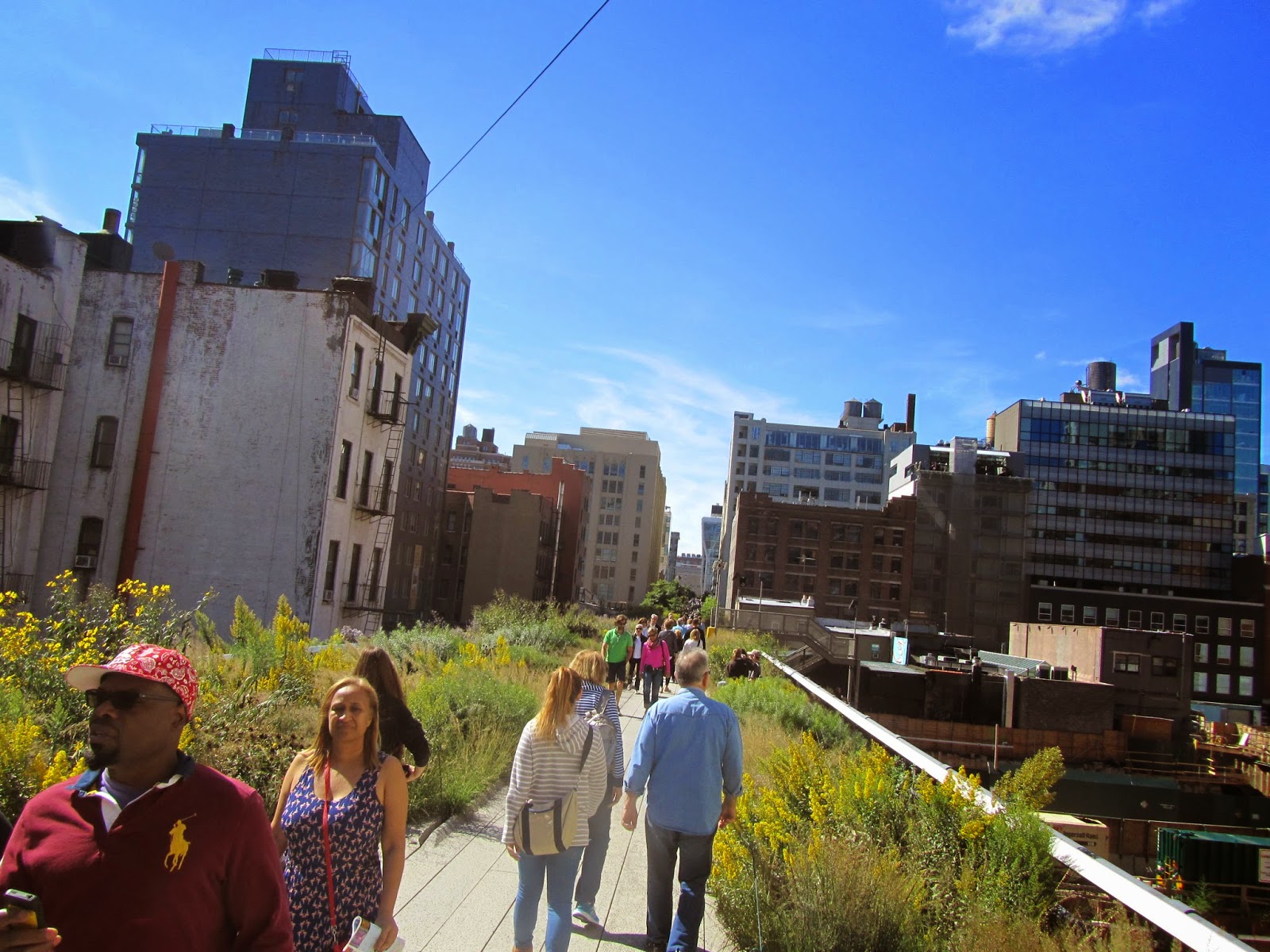 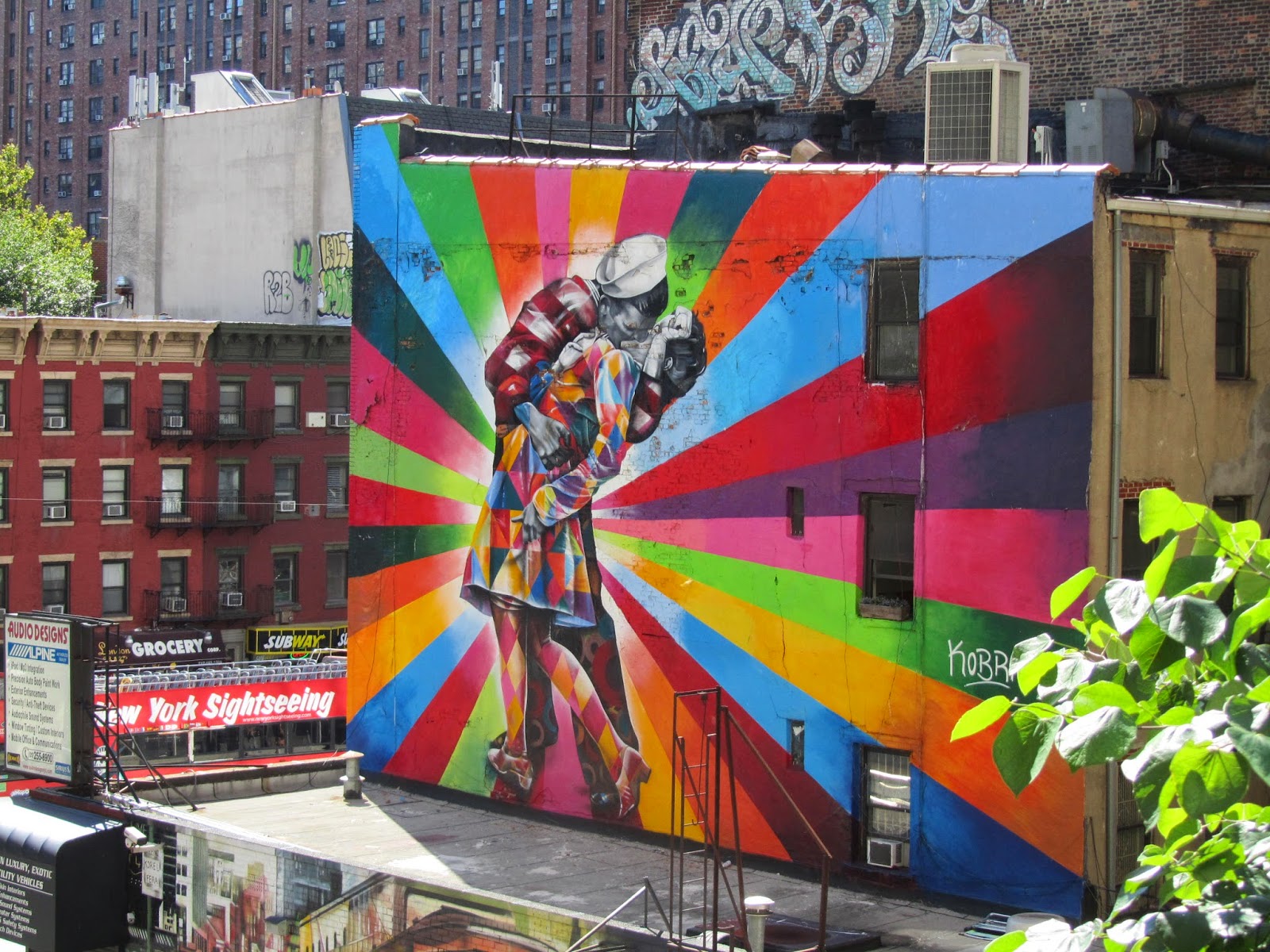 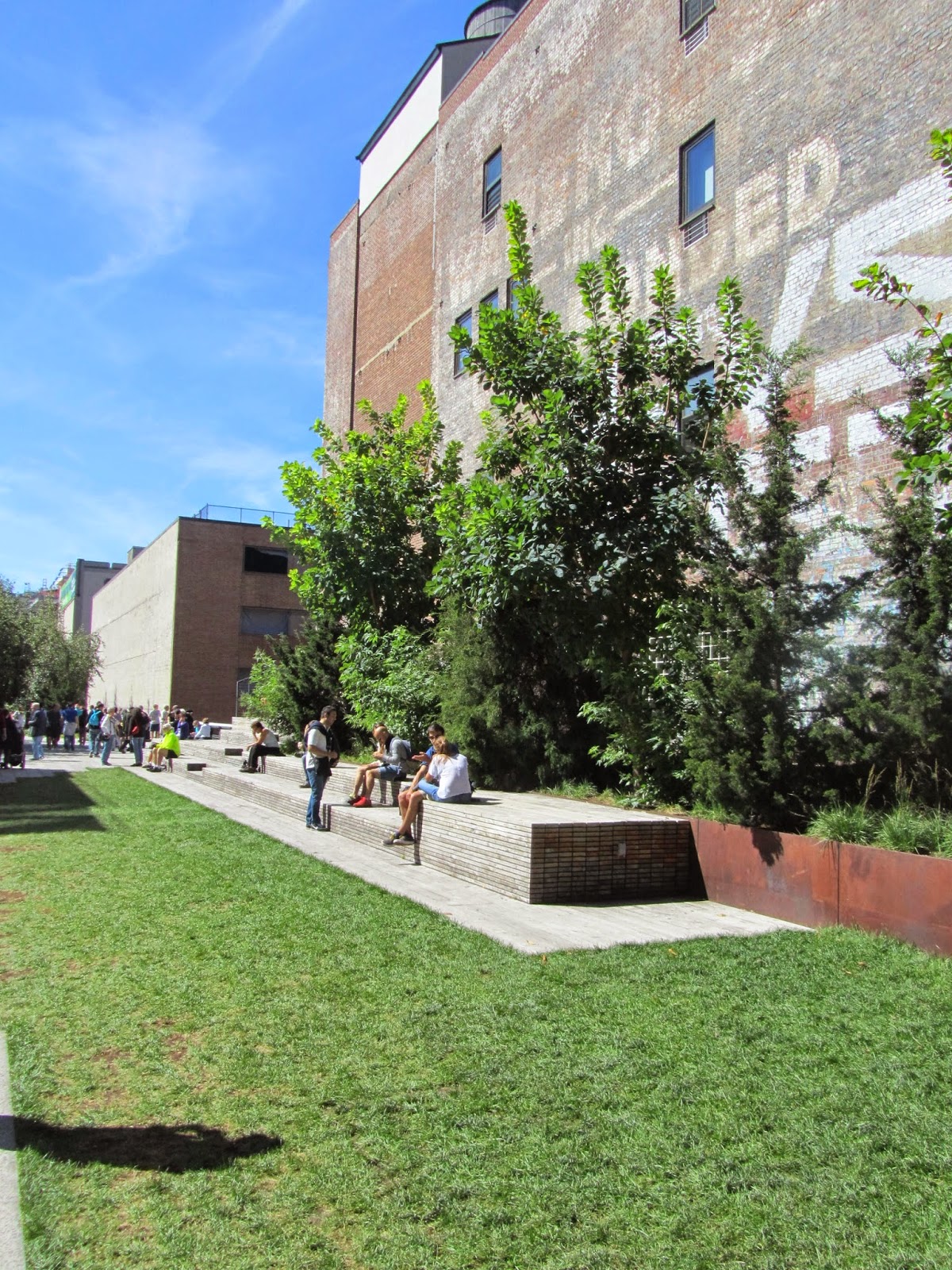 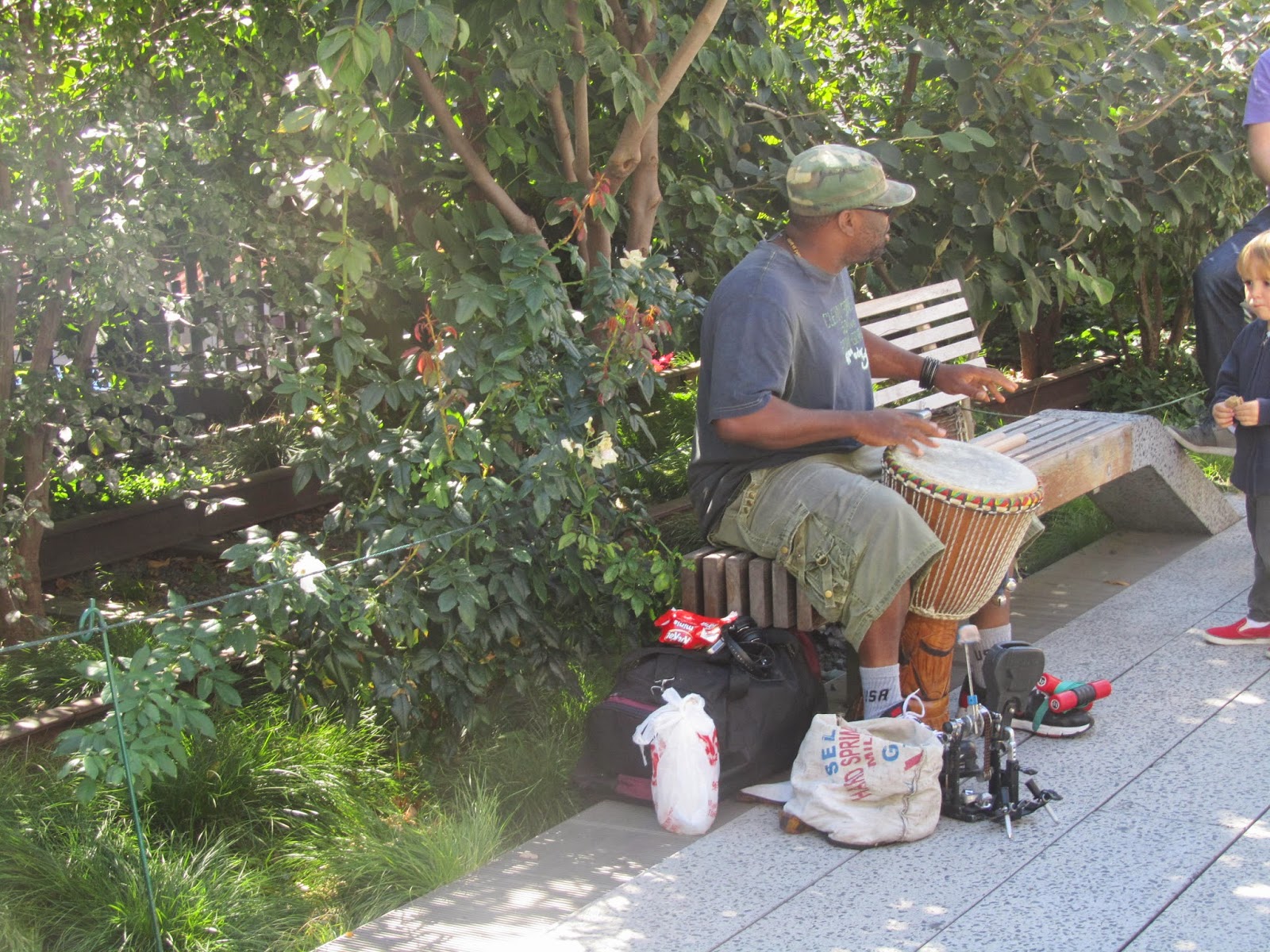 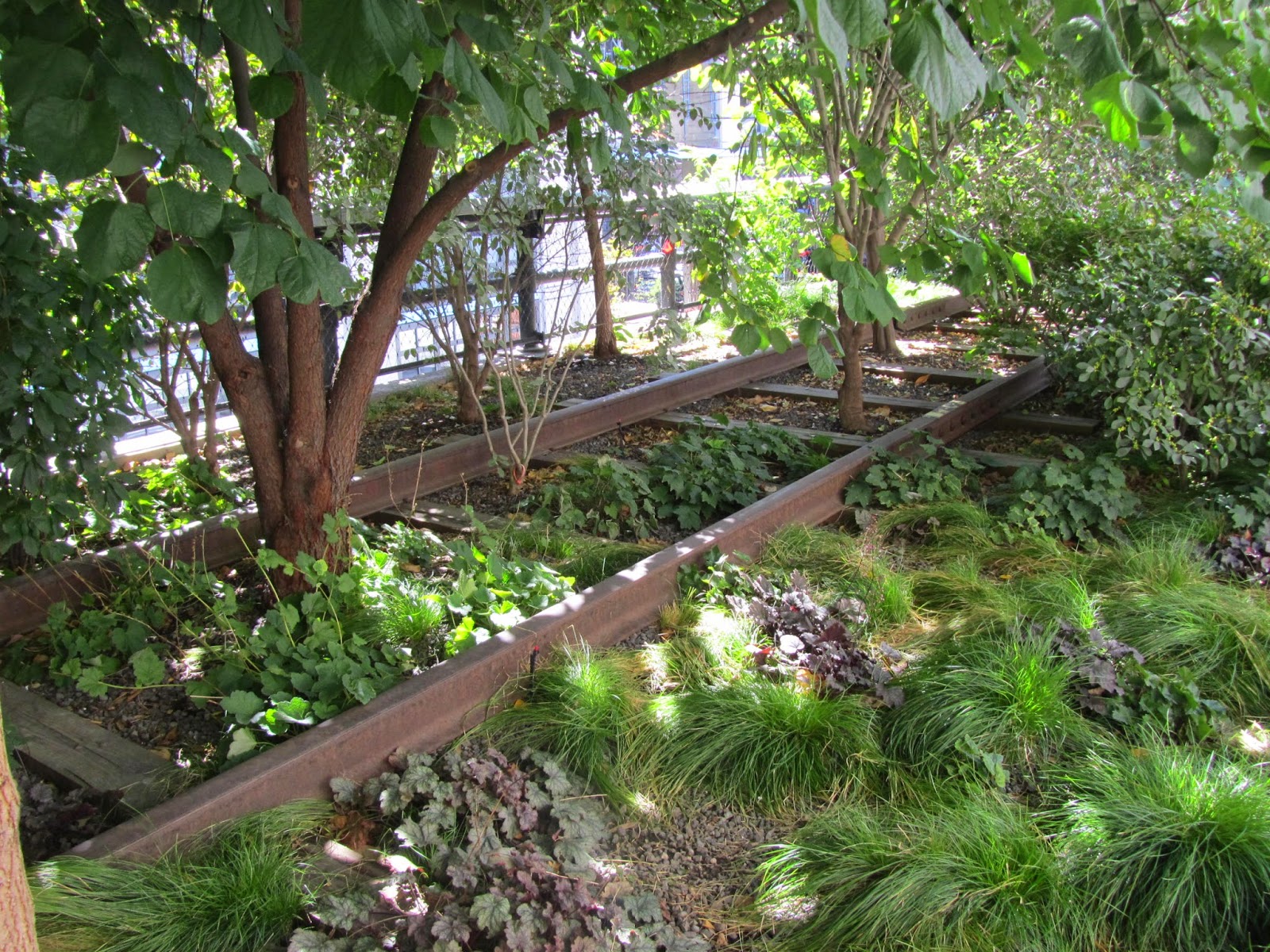 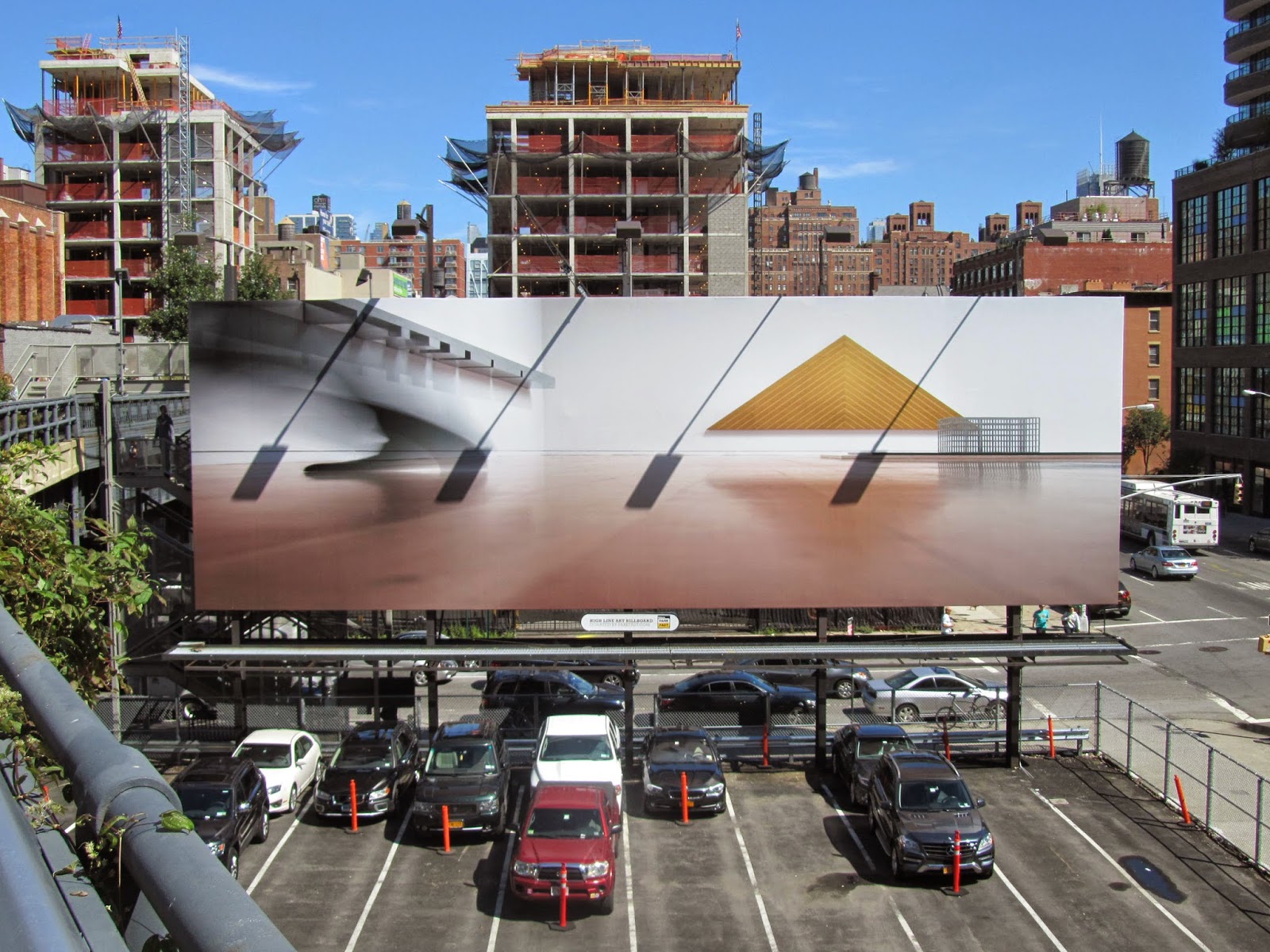 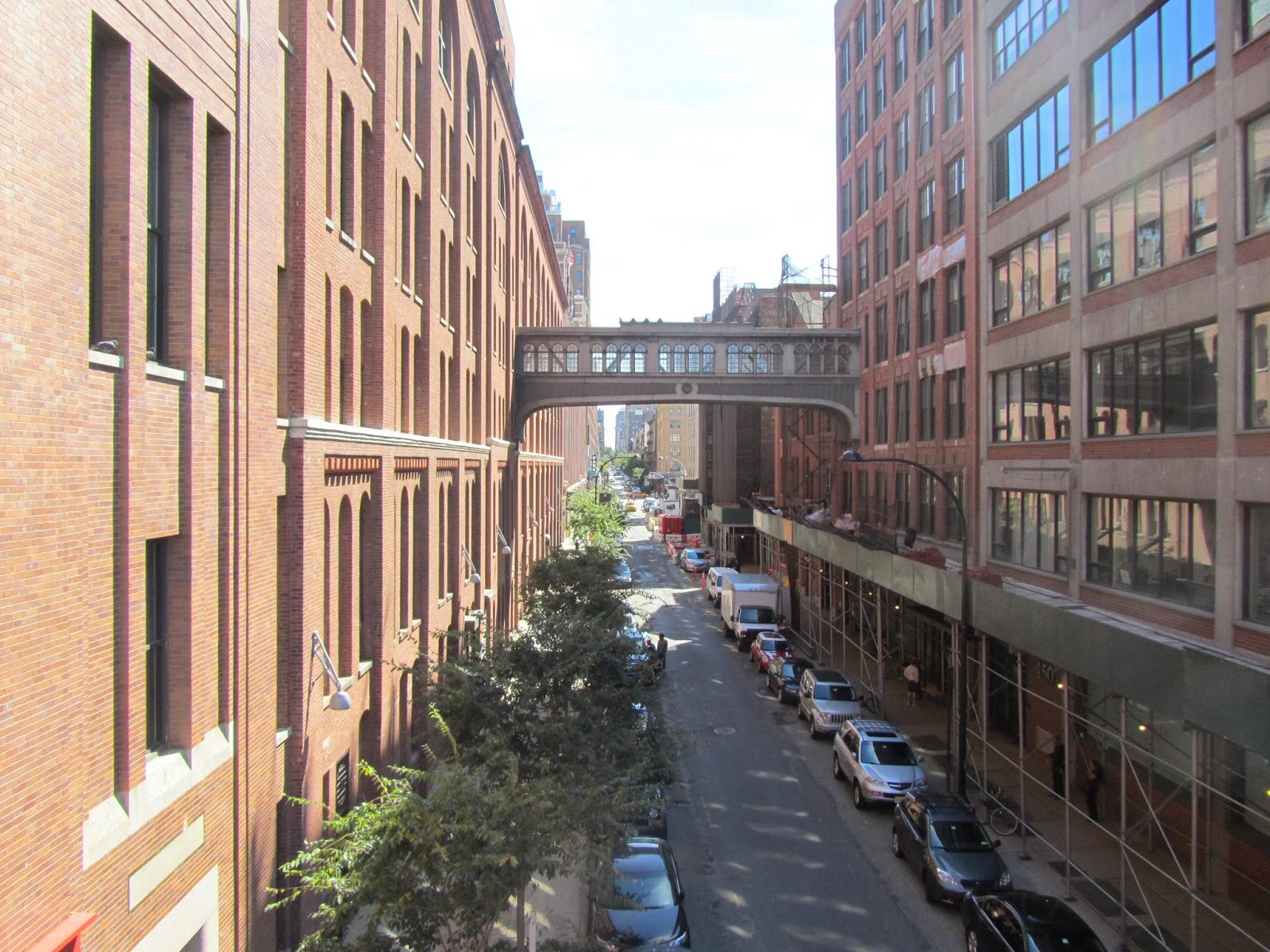 I then decided to walk to the Garment District which took about an hour and a half. I stopped in at the Chelsea Market  for some lunch at Beyond Sushi, a fabulous little vegan sushi place. 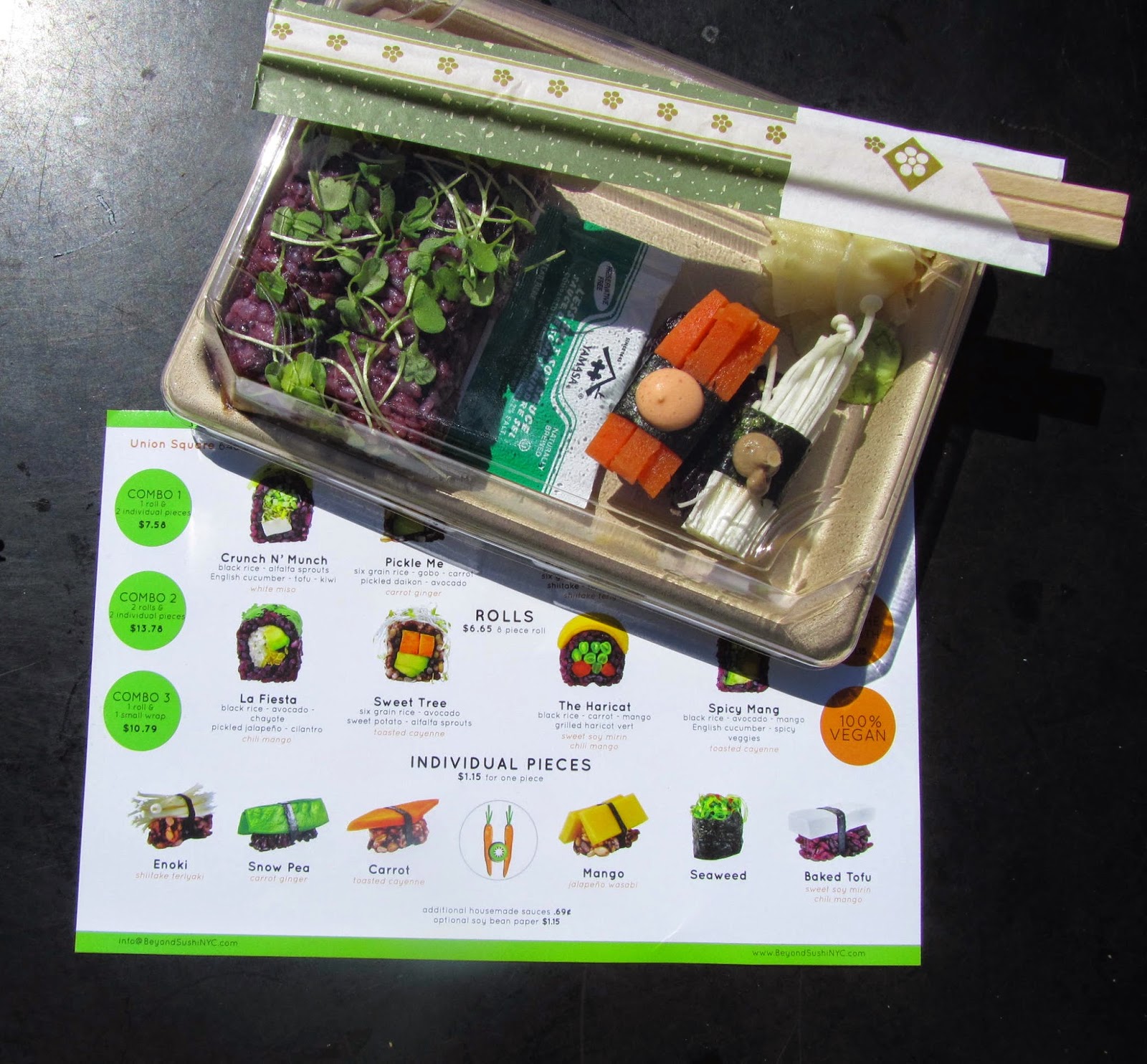 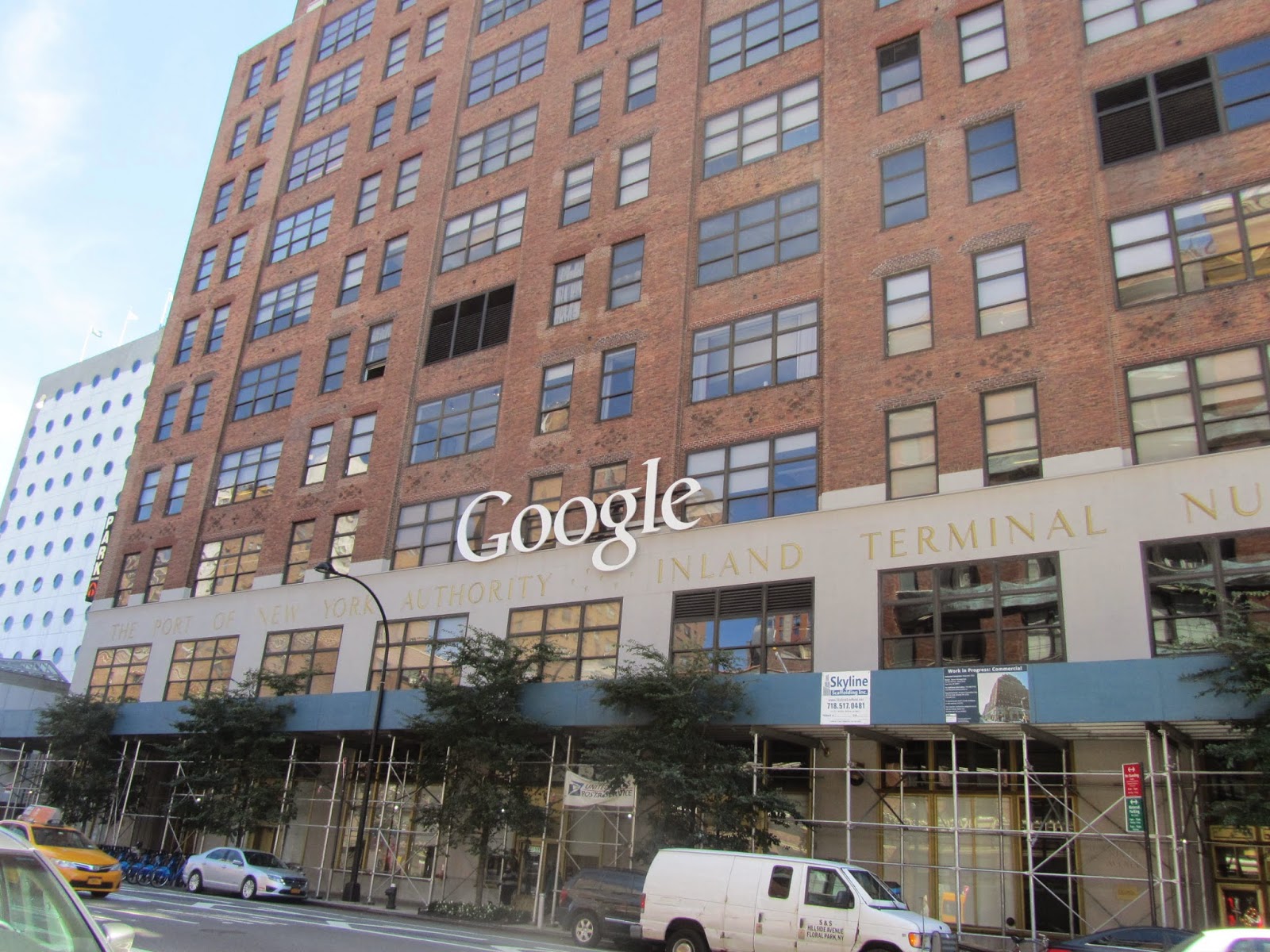 And then I eventually got to the Garment District,  the centre of fashion manufacturing and design in NYC.  A giant button and needle marks the information centre in the Garment District and a sculpture of an early garment worker sits alongside this.  Unfortunately, being Sunday, many of the shops here were closed so I wandered back to the hotel. 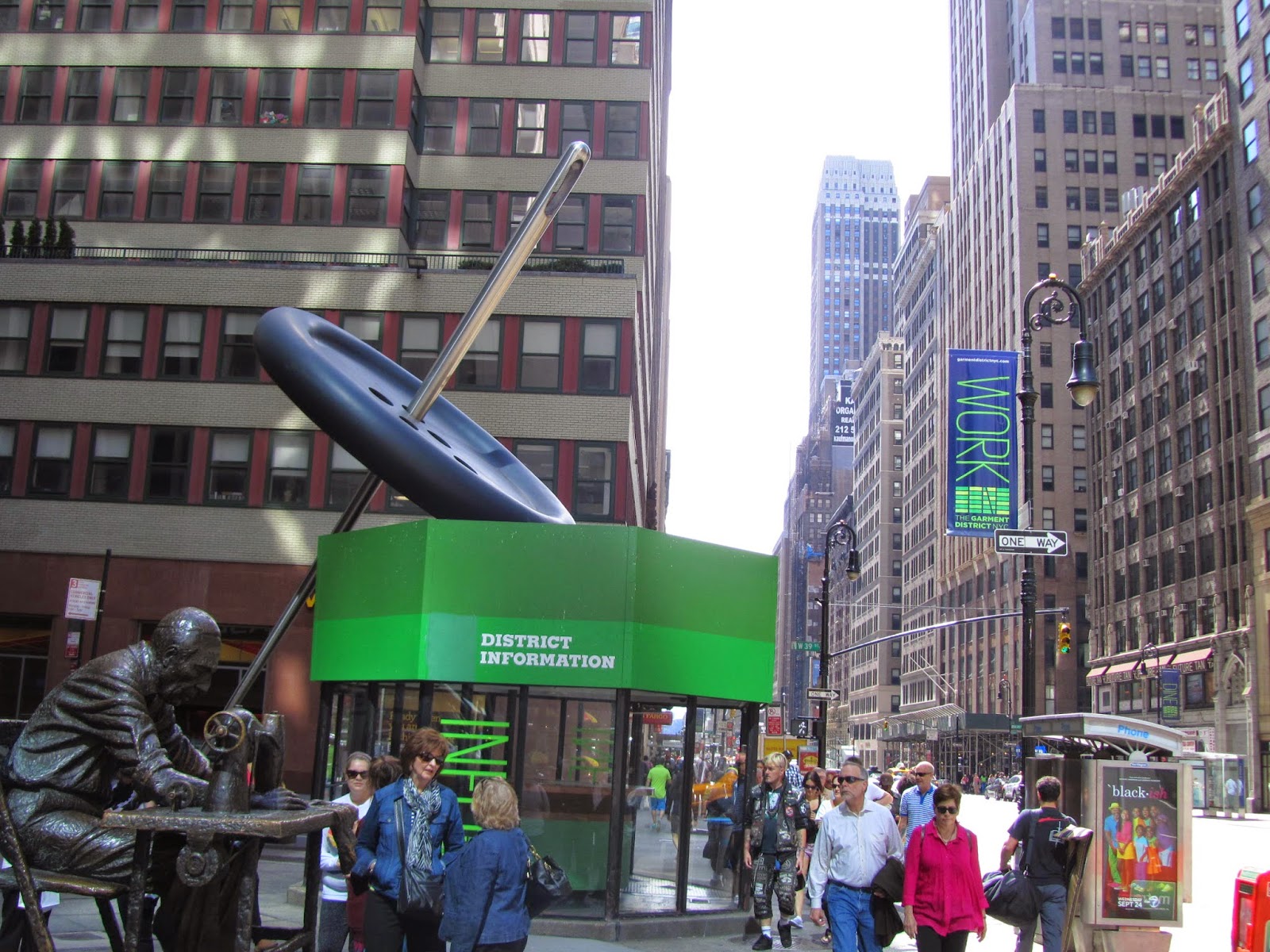 I was just in time to meet a very good online friend, Sara, whom I have known for about 15 years.  She had travelled down from Pennysylvania so we could finally meet up in person. Unfortunately, none of my photos from that night have turned out any good.  We went out for dinner at a Chinese restaurant.  It was fun, but I was really tired...jetlag was catching up with me, so we called it a night around 11pm I think.