I woke with very stiff and sore legs the next day, but no time to worry about that as I was meeting Gayle, an online friend who had been my partner in the Sew Sew Modern swap a couple of rounds back.  She was travelling down from Vermont with her son and hubby and we were going to do the quilt shops and they were going to visit the museums.  First stop was M & J Trimmings which was literally just around the corner from my hotel. 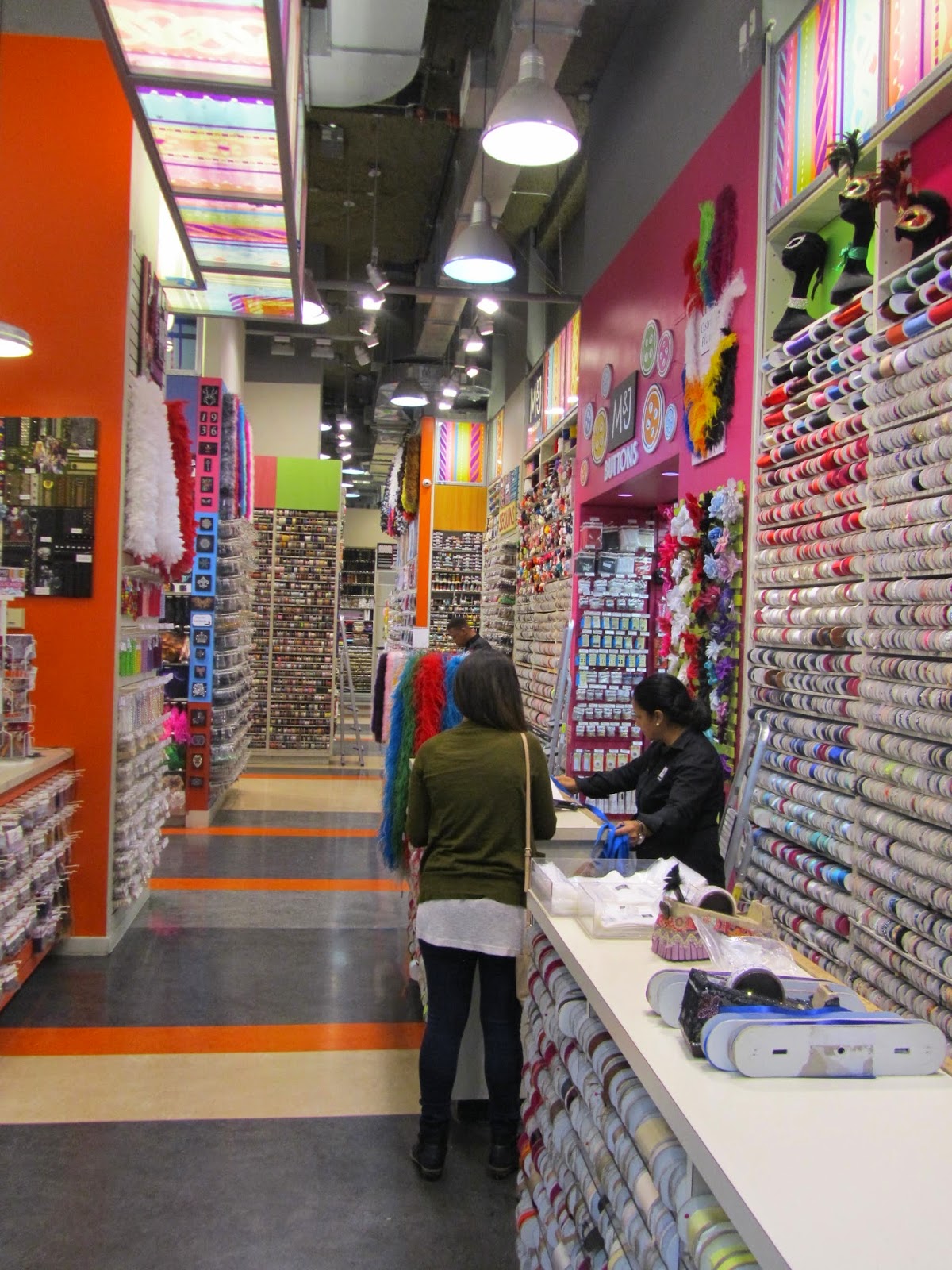 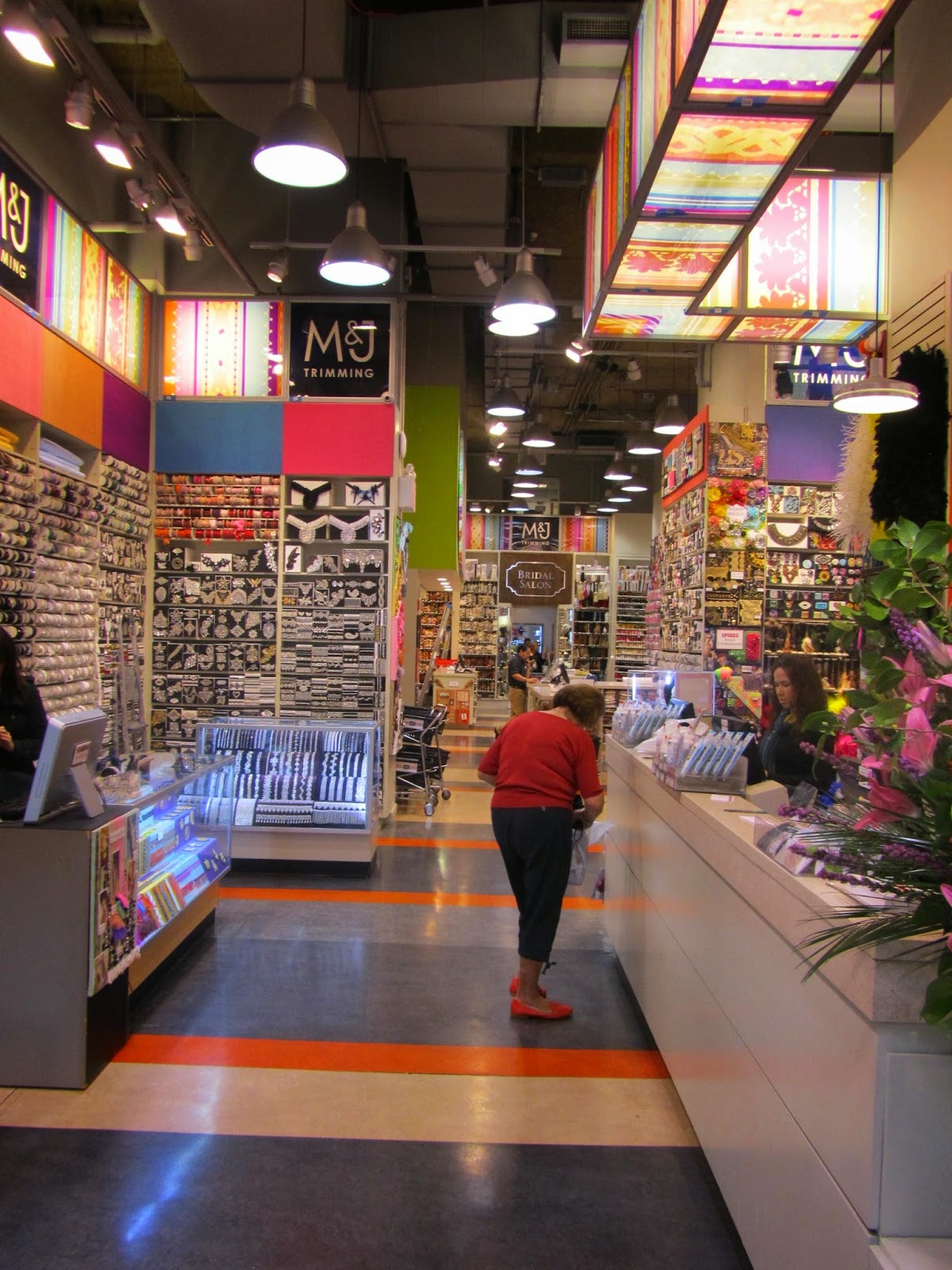 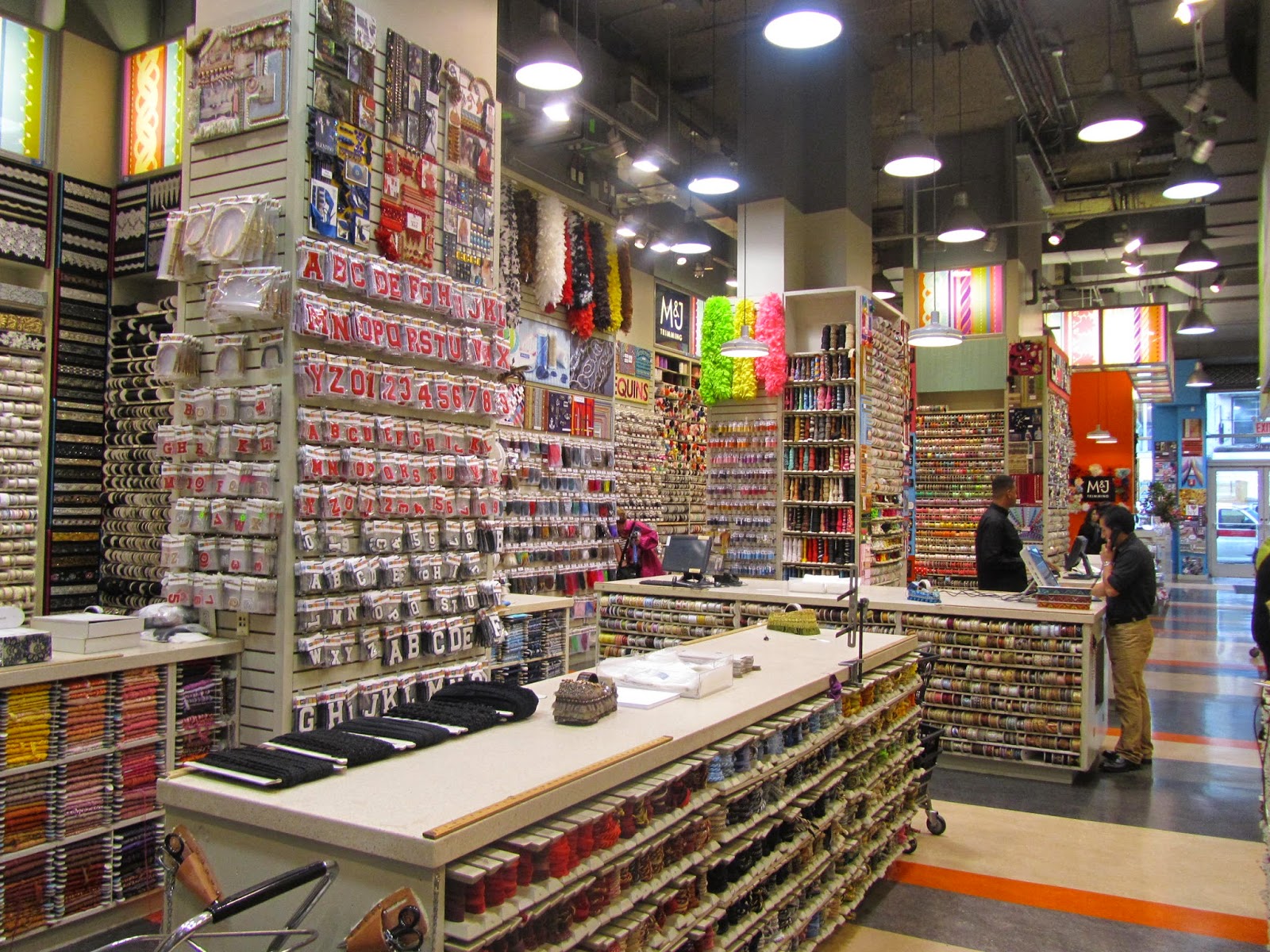 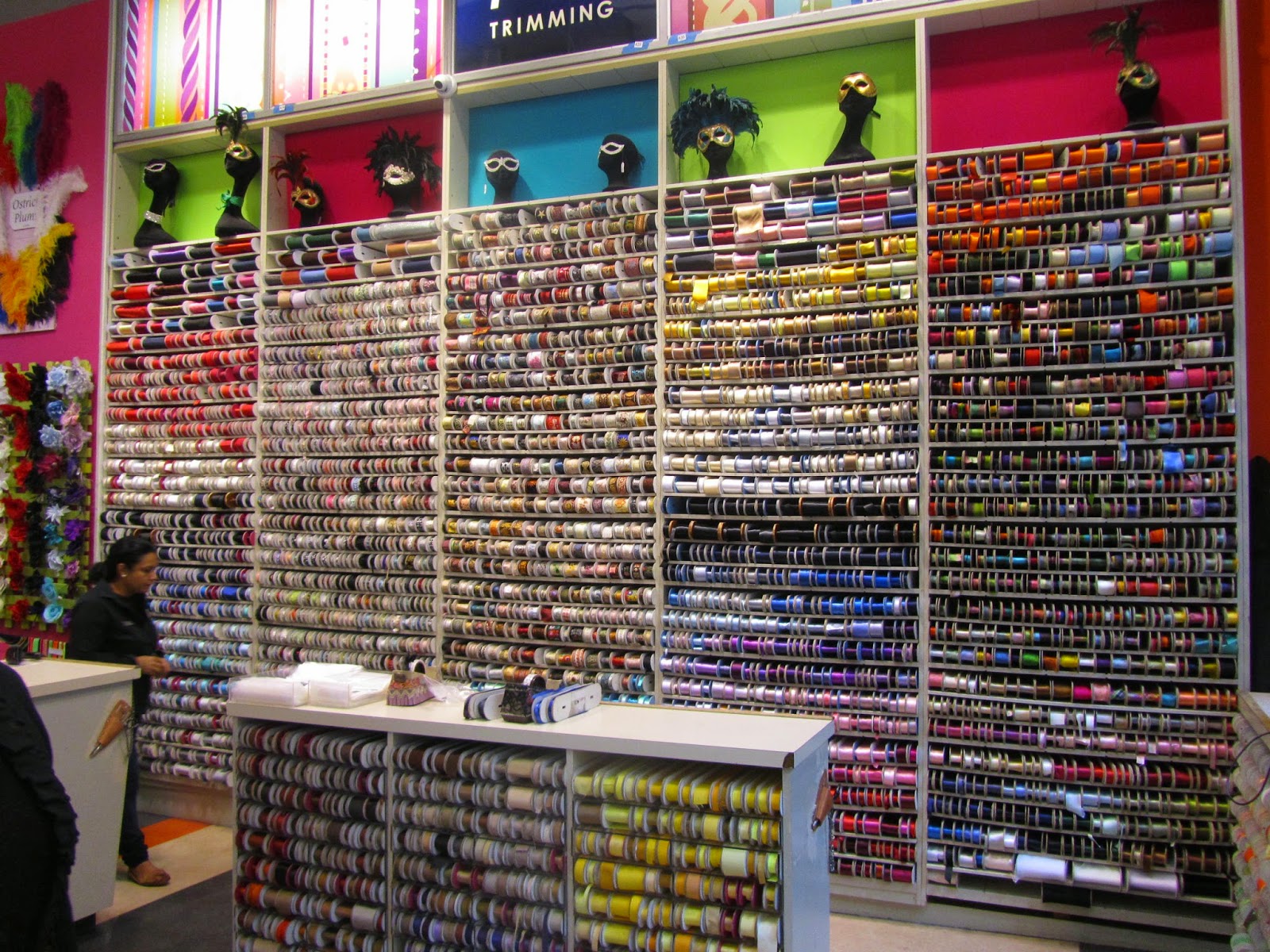 It was so overwhelming that we didn't buy anything. I am amazed that one shop can just stock so many trims!

Next stop was Mood Fabrics which became well known through Project Runway.  It was a little hard to find as it isn't signposted, but eventually we found it on the second floor of a building.  Again, choice was overwhelming and we left empty handed! Not a lot of quilting fabrics. It's a shop you need to go to with a project in mind, I think.  Rolls and rolls of fabric all piled up on shelves, all divided into their categories such as Wool, Voile, Home Decor, Leather etc. 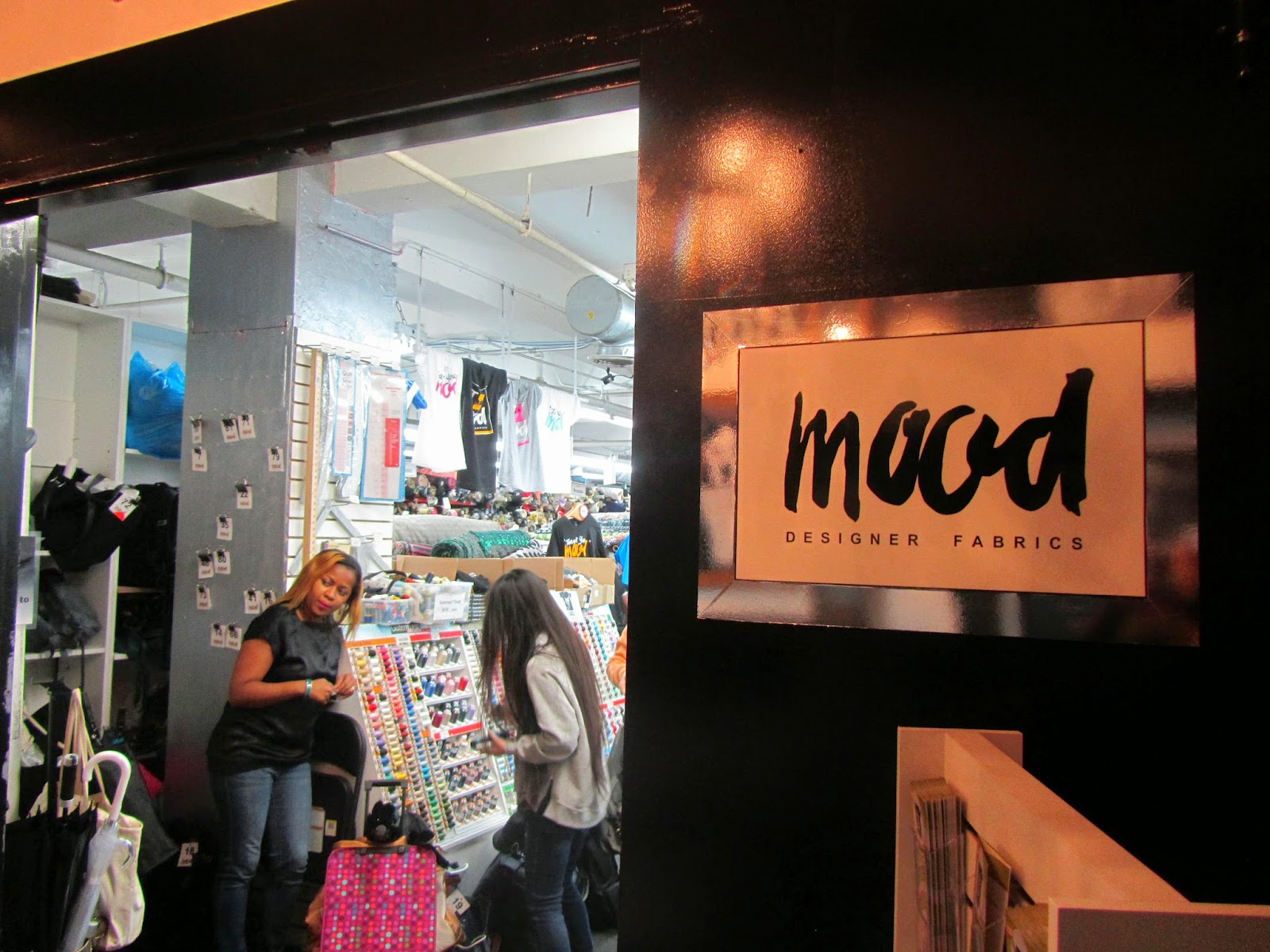 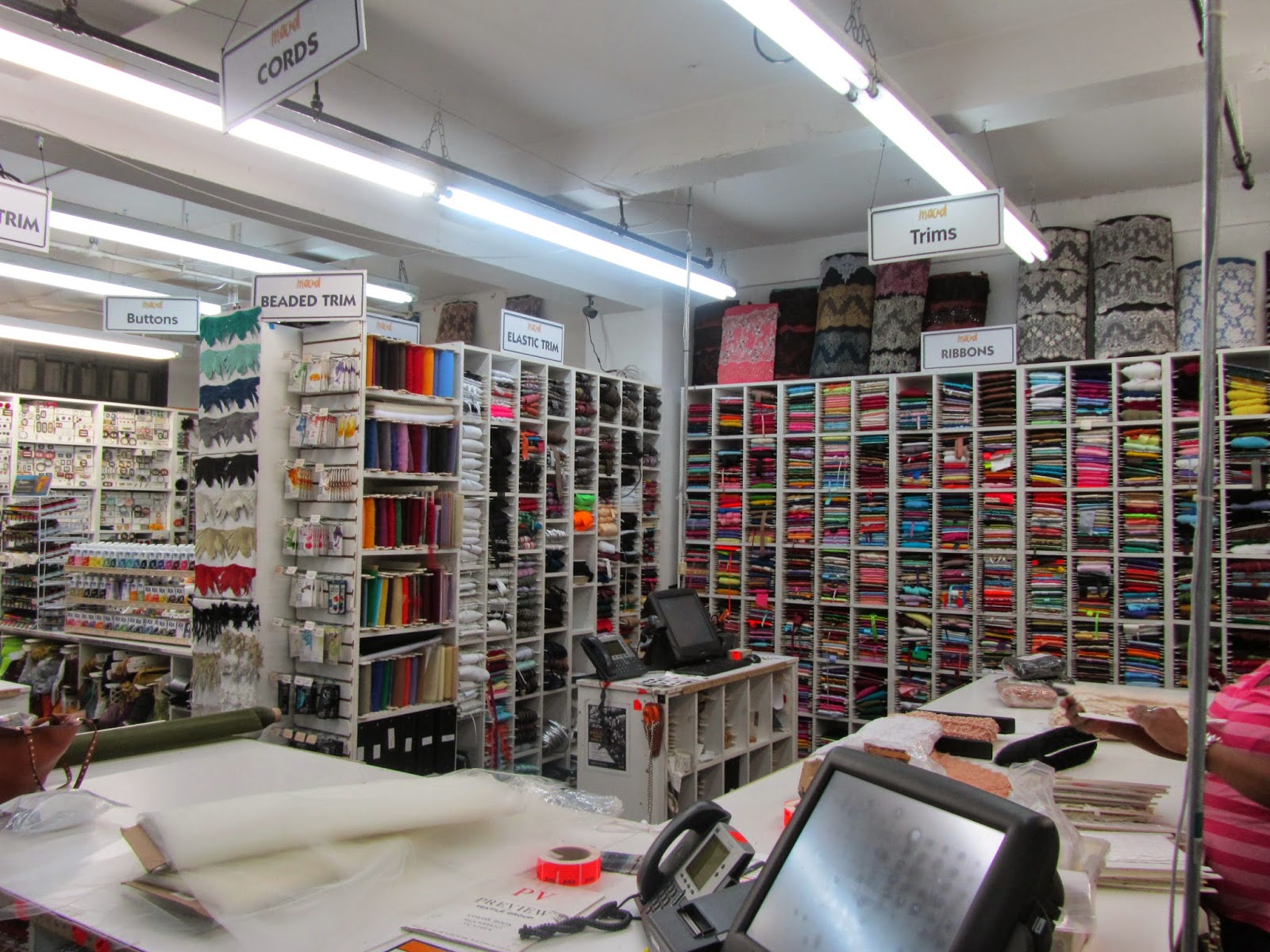 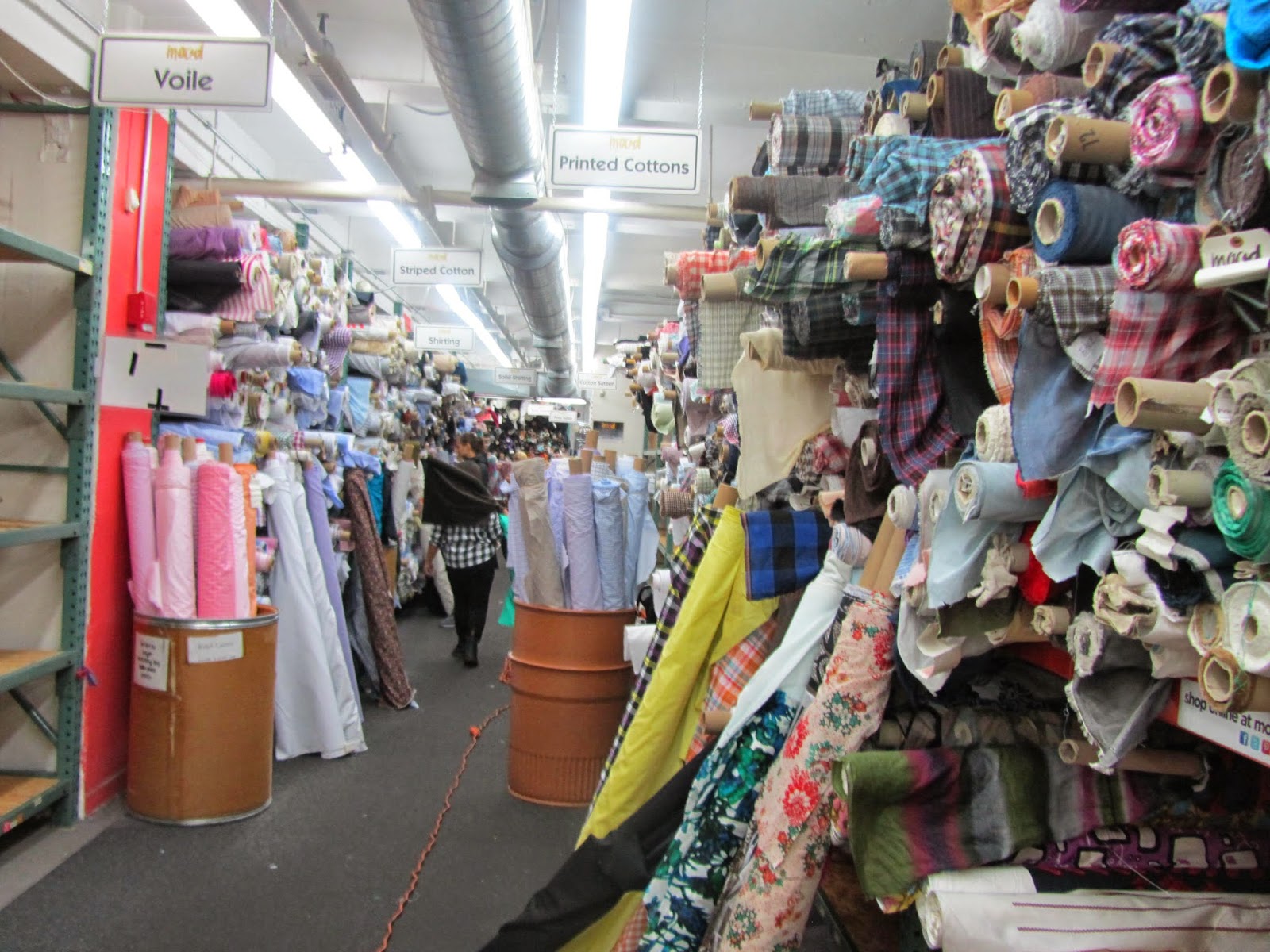 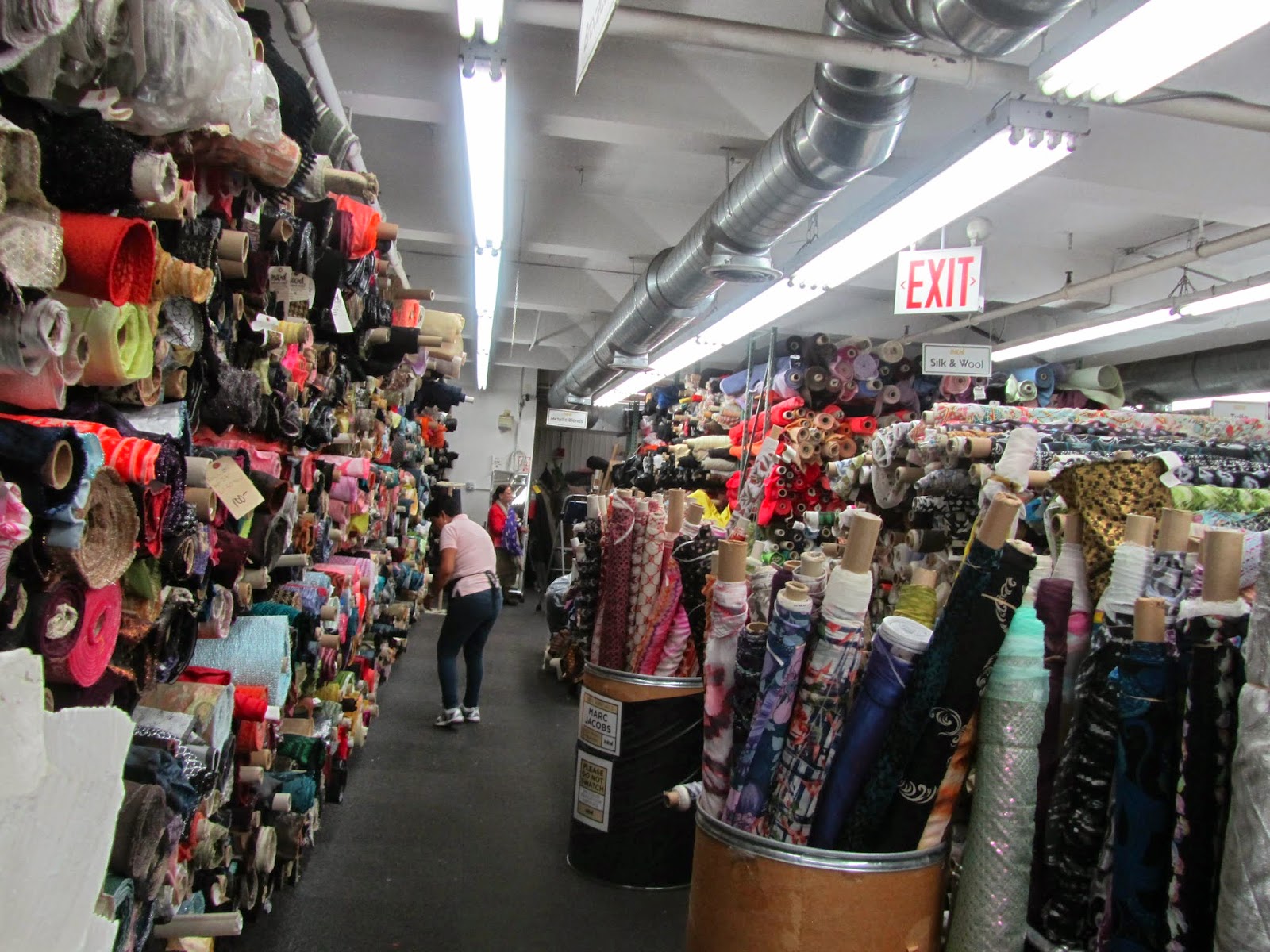 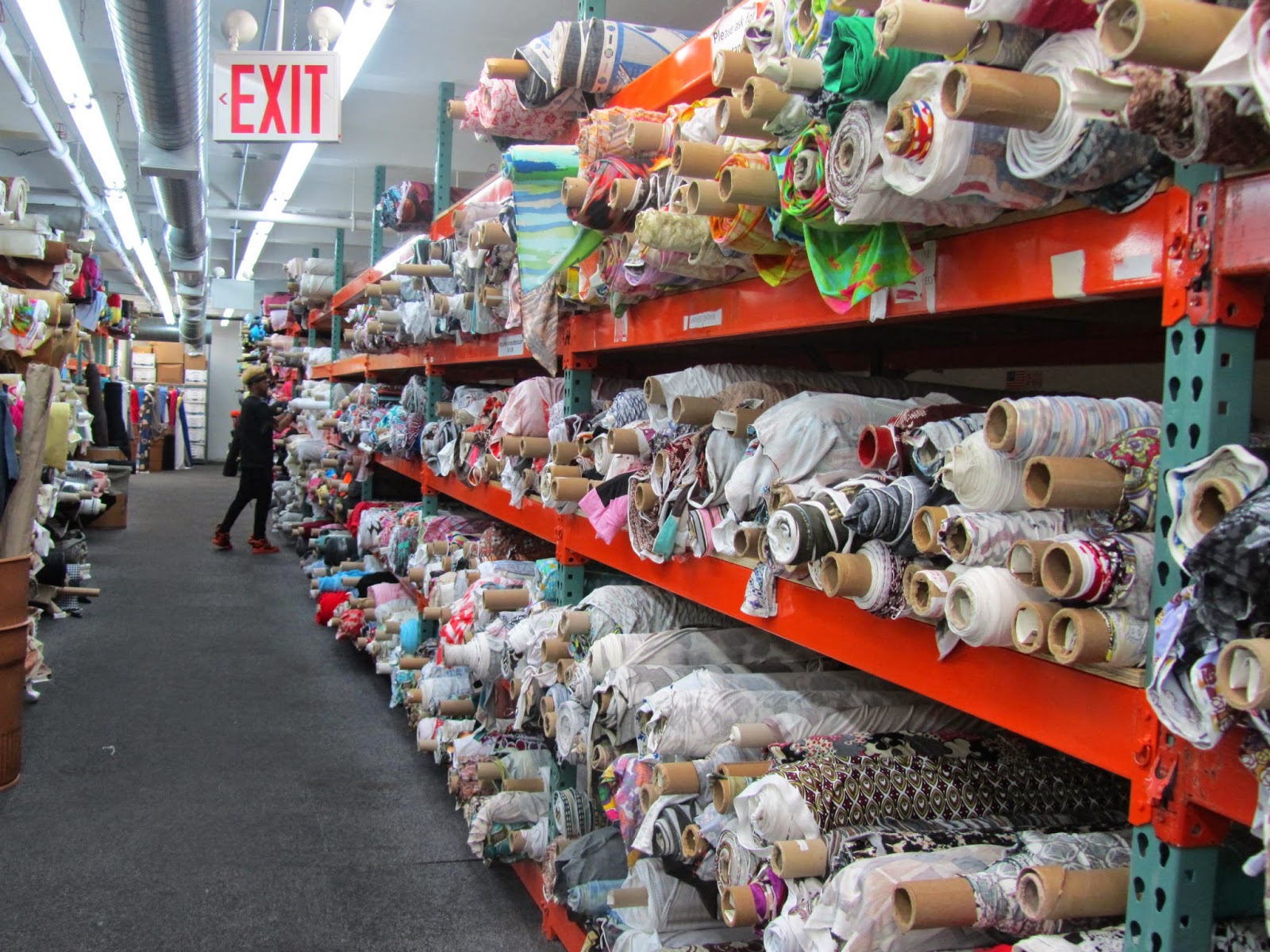 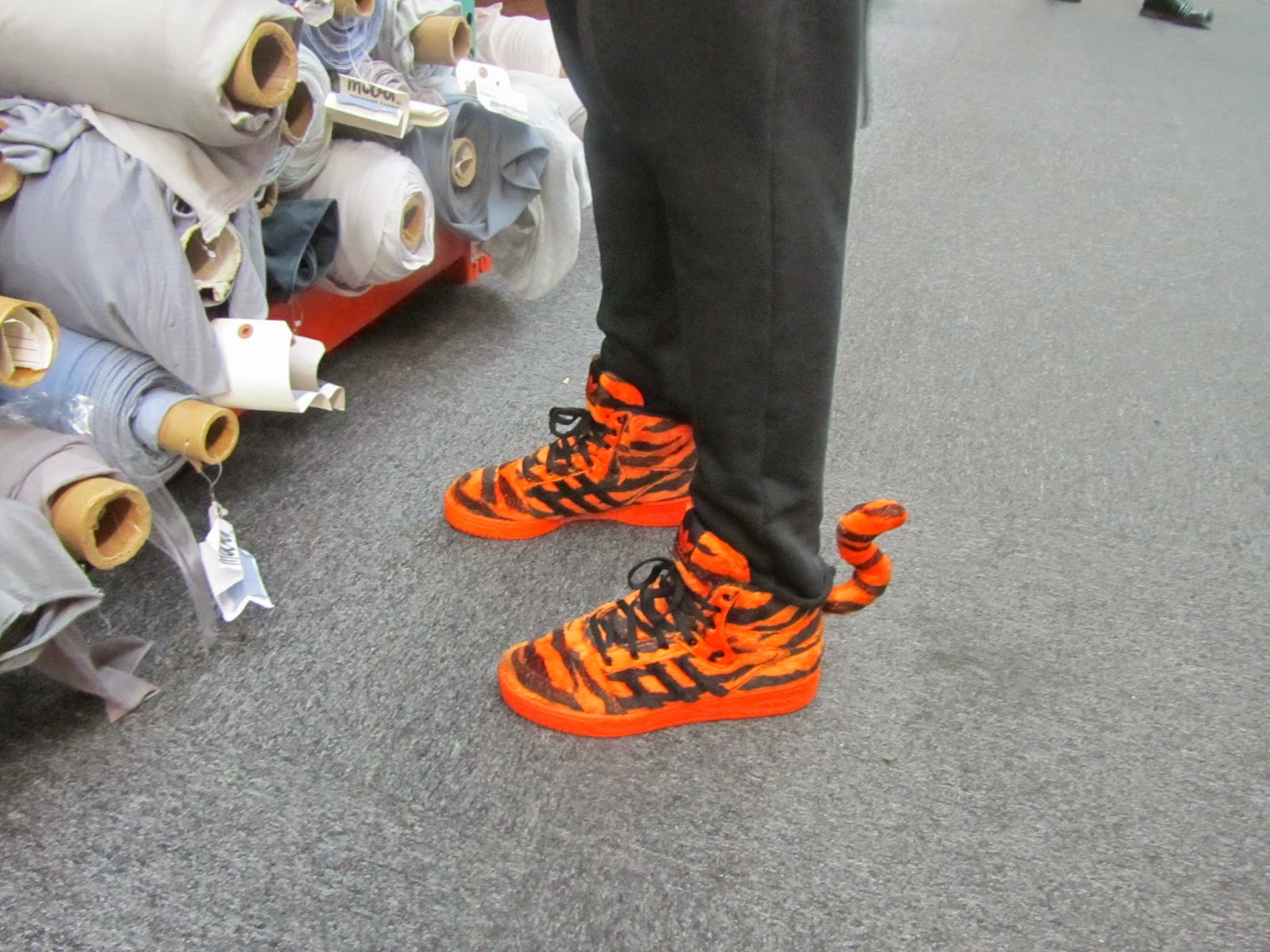 Ok so it was time to head to Purl Soho which was Downtown so we caught the subway there. Unfortunately, we had unwittingly hopped on an express train and we ended up in Brooklyn.  We were starting to get a bit short on time as we were meeting Gayle's family back at Grand Central station for lunch, so we just decided to head straight to the station and go back to Purl Soho after lunch.


Grand Central Station is amazing. I did notice a large number of police around. And not just here either...at any areas where large numbers of people were likely to gather like Times Square, the subways, 9/11 memorial, etc.  I guess they are always on the lookout for dodgy behaviour...bombs in rubbish tins etc. Underground the station were all the eating places...it's just like a mini city under there.

So after a lovely lunch, we headed Downtown to Purl Soho.  I wasn't sure what to expect. It has such a lot of hype and so many people talk about it being an amazing shop.  It's a small shop that you could almost miss if you weren't specifically looking for it. Rather nondescript from the outside. 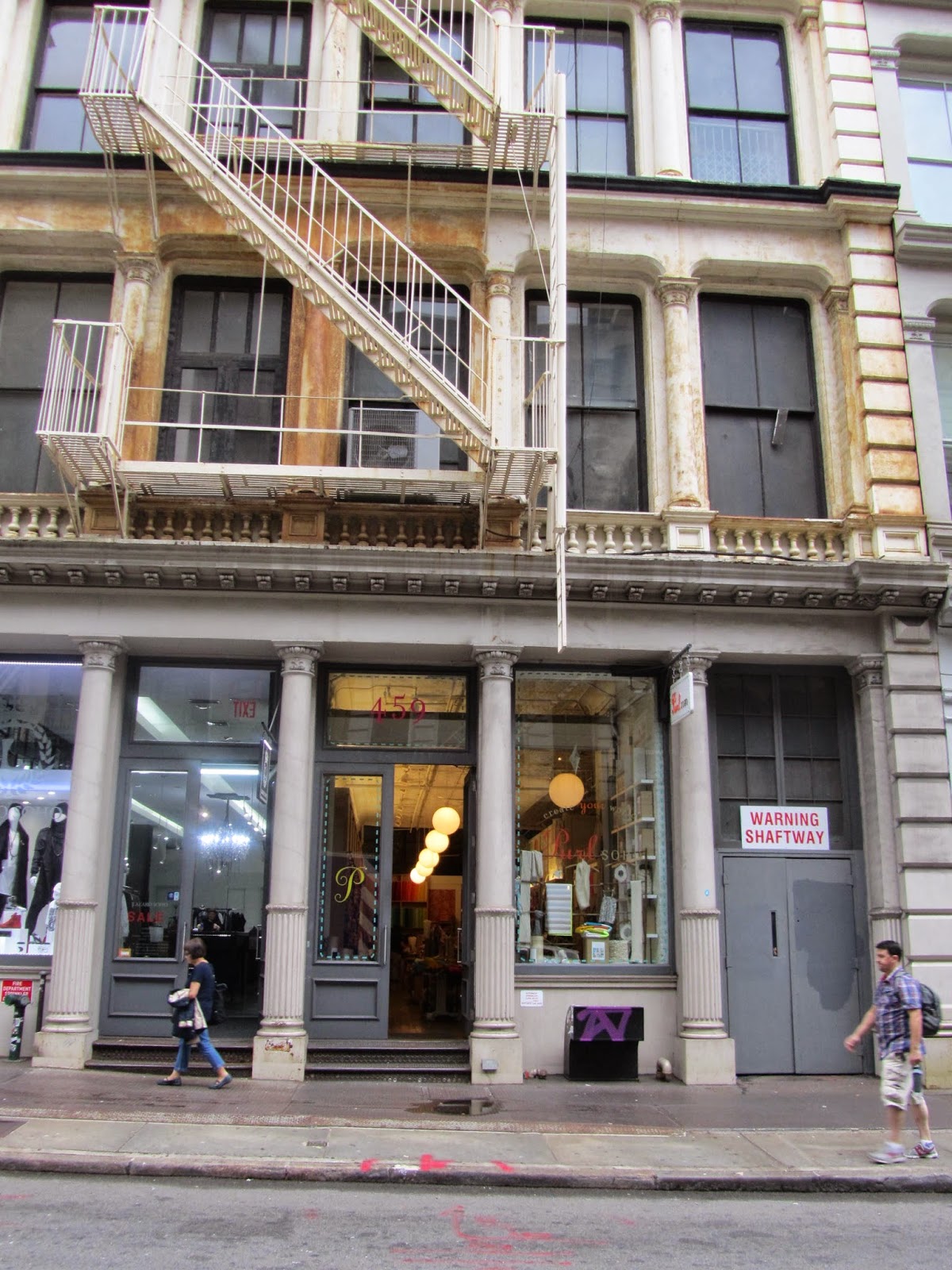 Then you walk in and get hit with an array of colour...yarns down one side and notions and fabric down the other.  I expected more quilting fabric. Their selection was very small...lots of Kona, some Hadley by Denyse Schmidt and a few other ranges, and a huge range of Liberty, but that was about it.


So then we were off to The City Quilter which was in Midtown Manhattan. 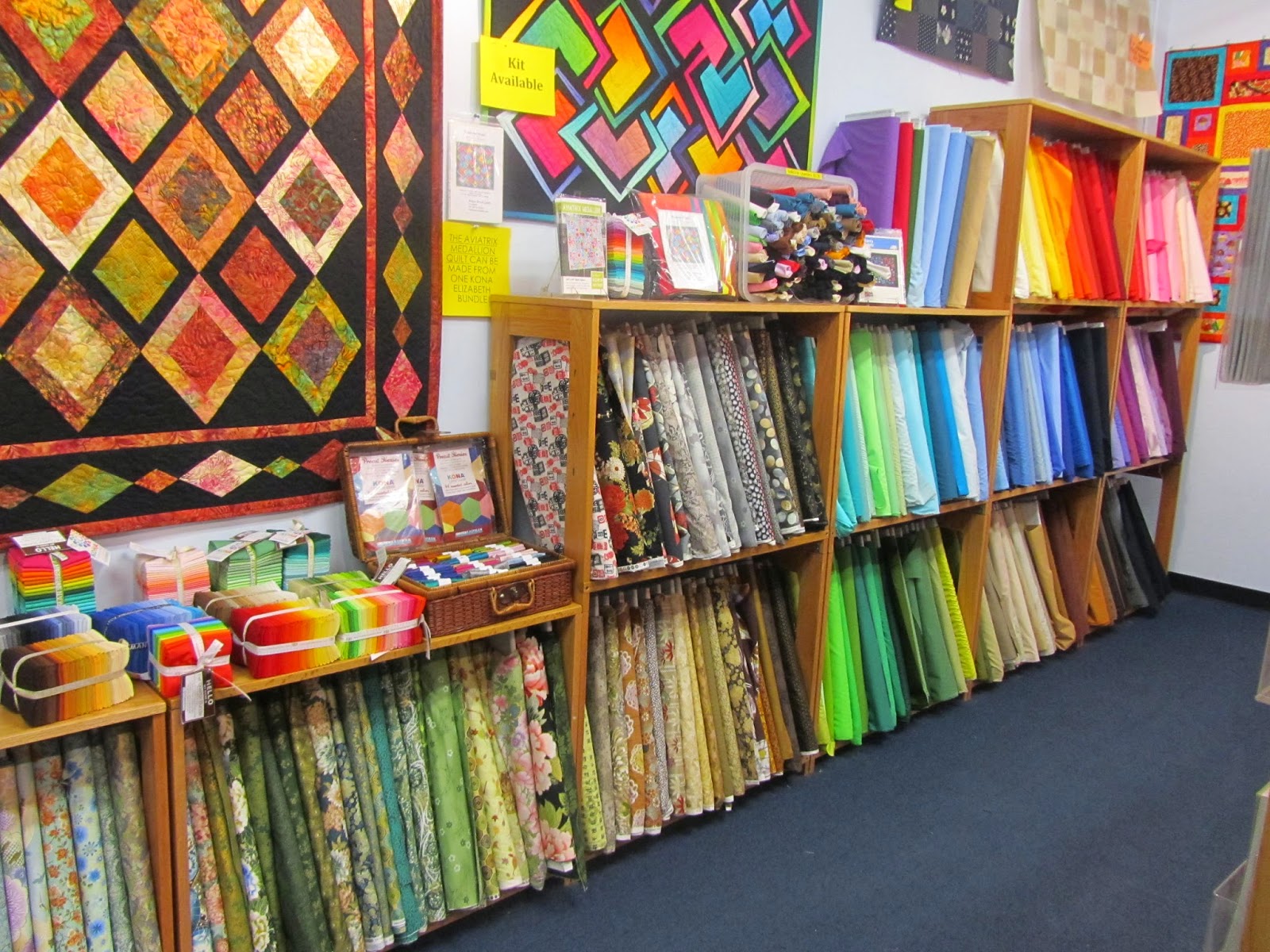 There was a small gallery attached to the shop and it had some stunning art quilts in it. 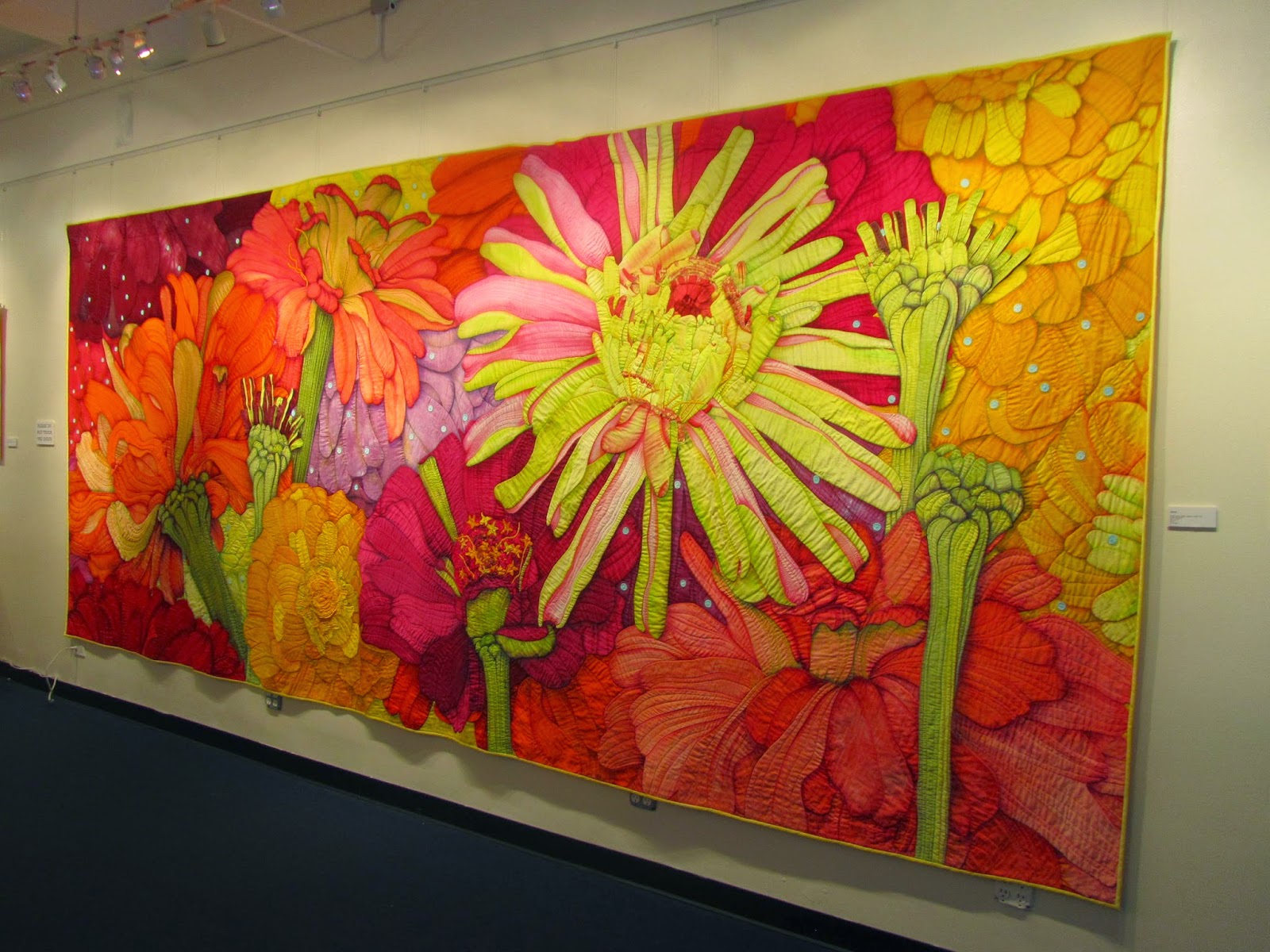 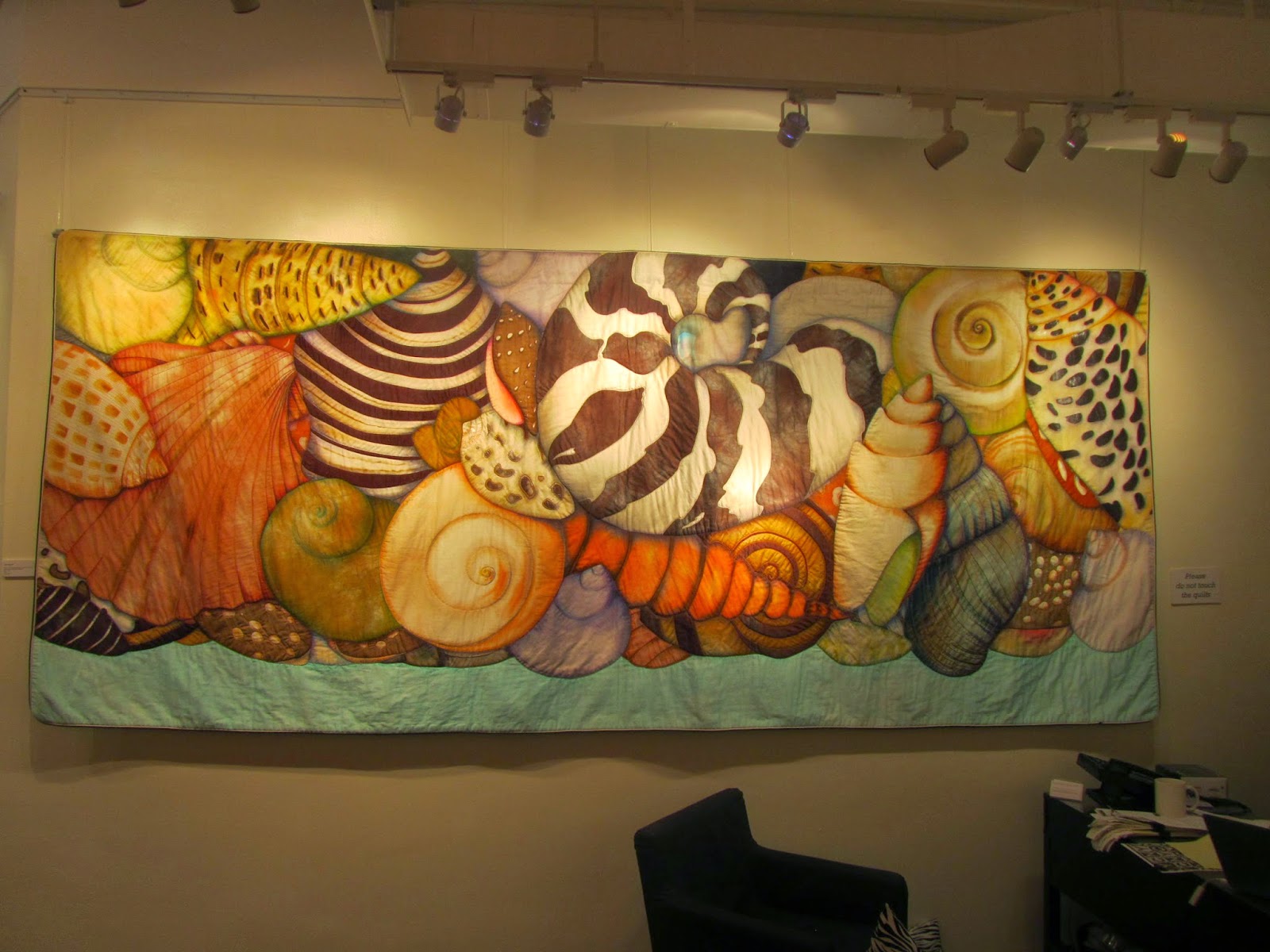 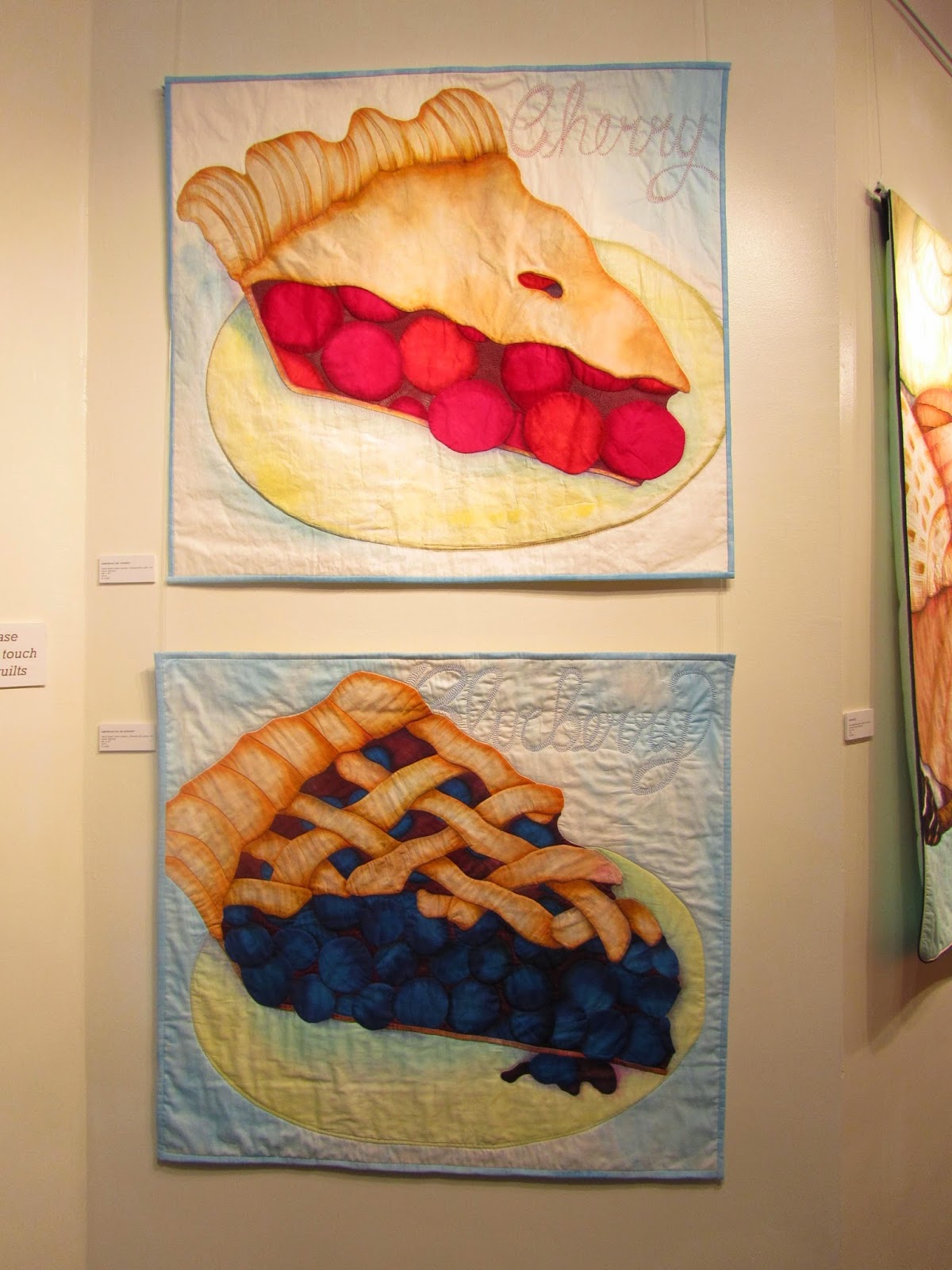 I left here with a new foot for my Bernina...the 97D which I have since tried out and I love. It's a quarter inch foot but is made for the 9mm feed dogs and has a guide to set, so you can get an exact quarter inch seam.  It's not available in New Zealand yet, so was pleased to be able to get it.

Gayle and I then said our farewells. I was starting to fade and I think the jet lag was really catching up with me at this point.


The next day I headed up to Pins and Needles in Lexington Ave, as Gayle and I didn't have a chance to get there the day before. It was a little hard to find, but is located upstairs on the second floor. The external door is locked so you have to buzz to be let in.  They have a fabulous collection of all sorts of things... fabrics for quilting, home decor, crafting, and garment sewing, in addition to lots of books, notions, trims and patterns. 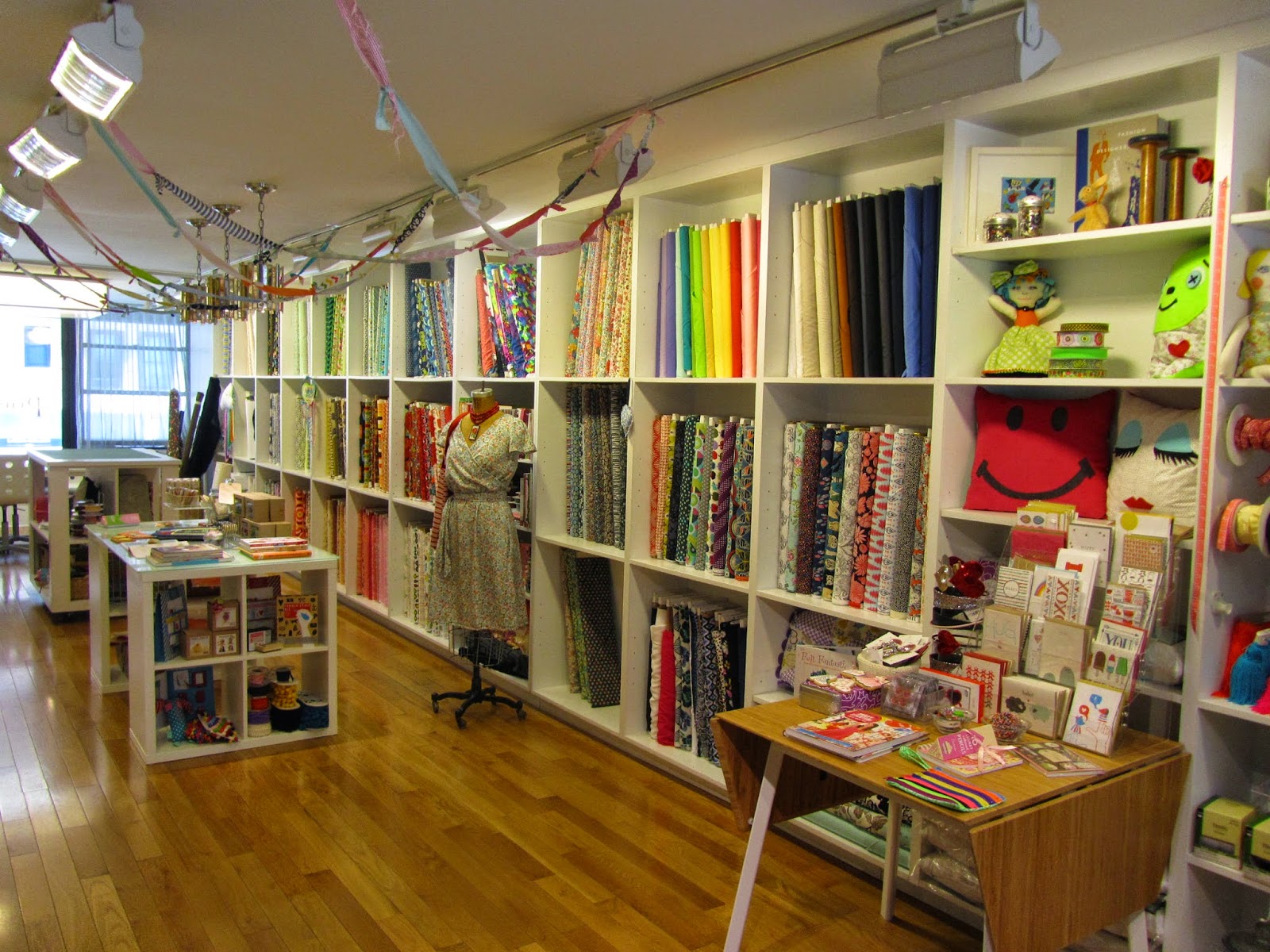 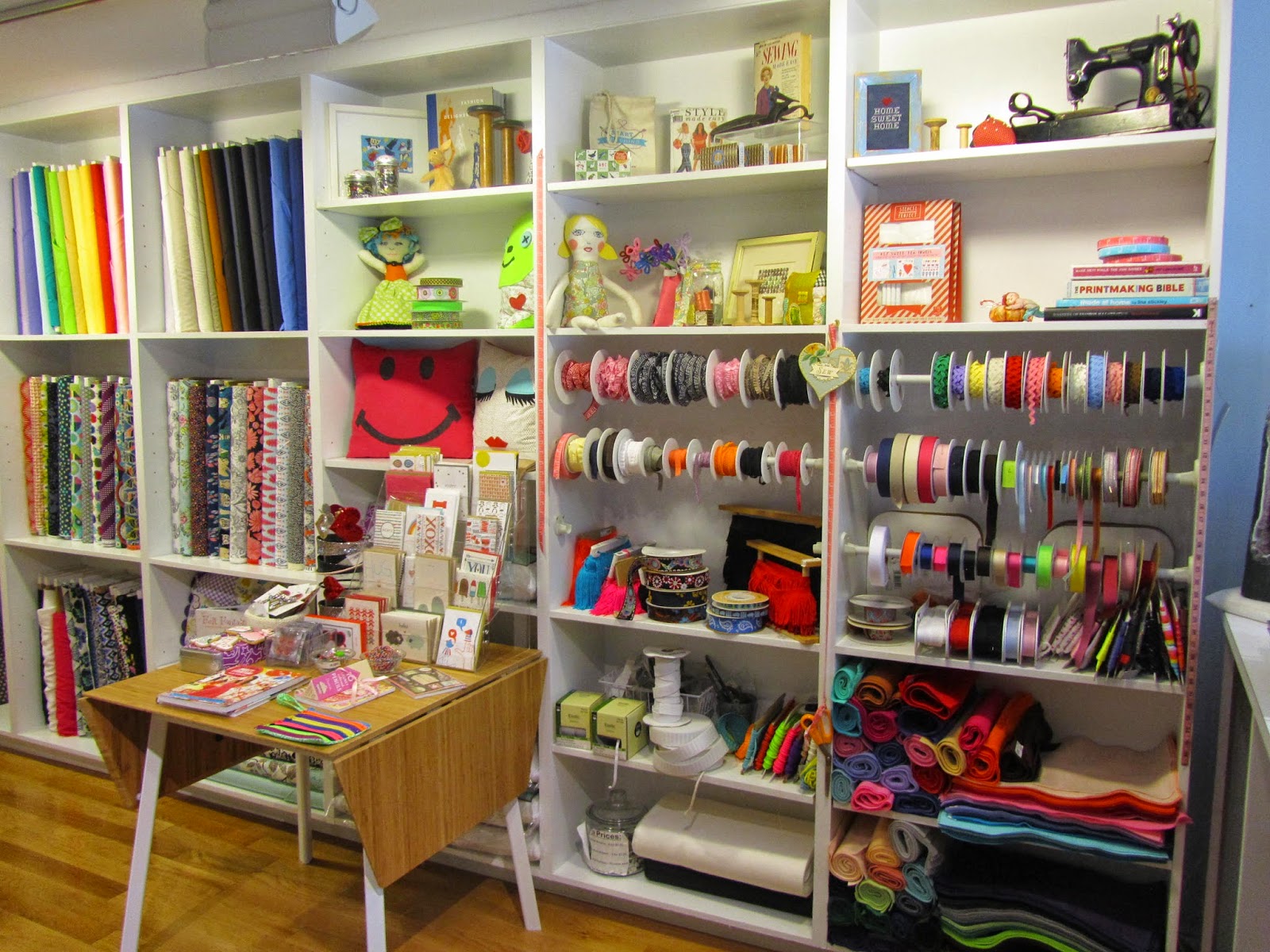 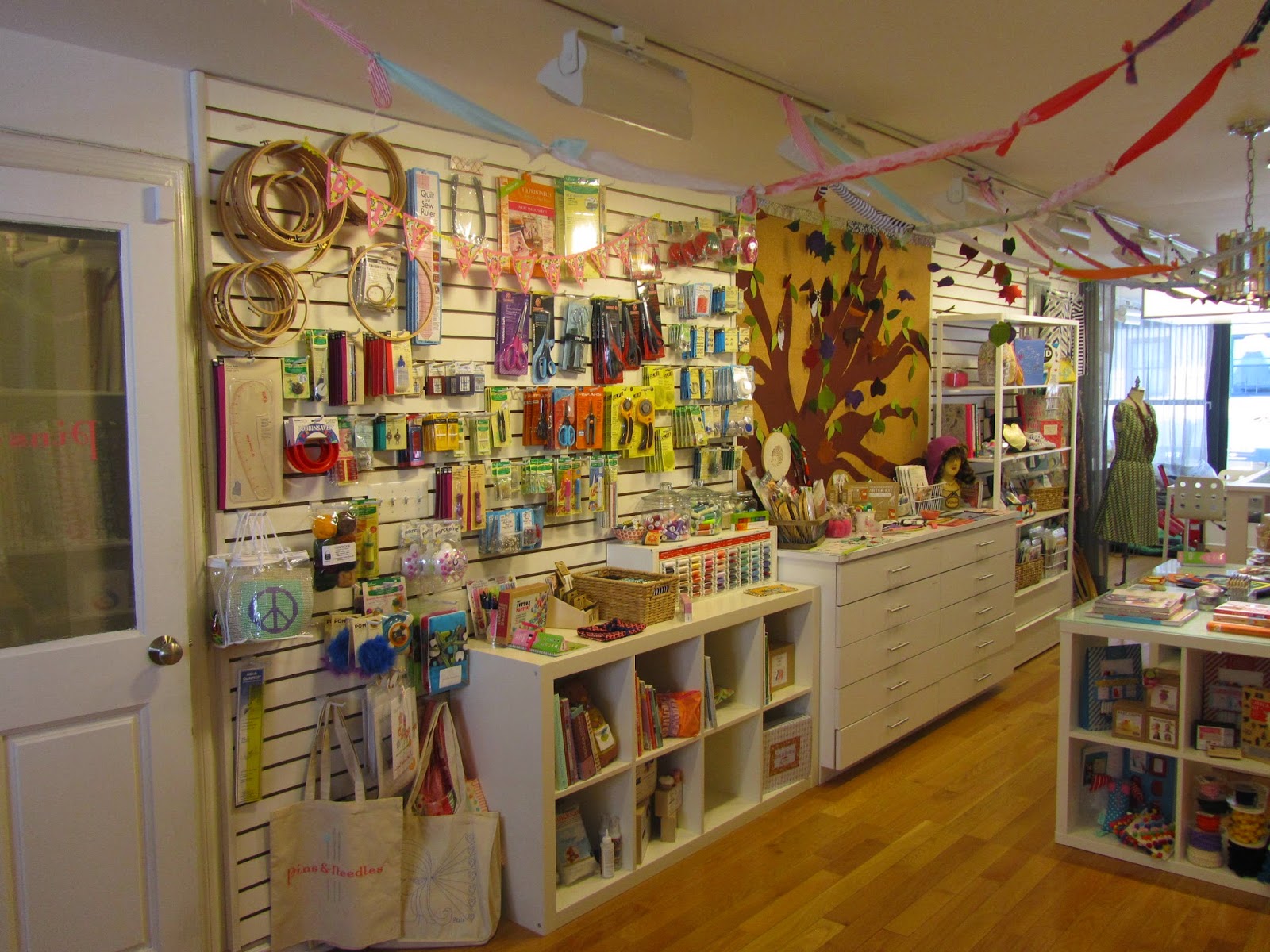 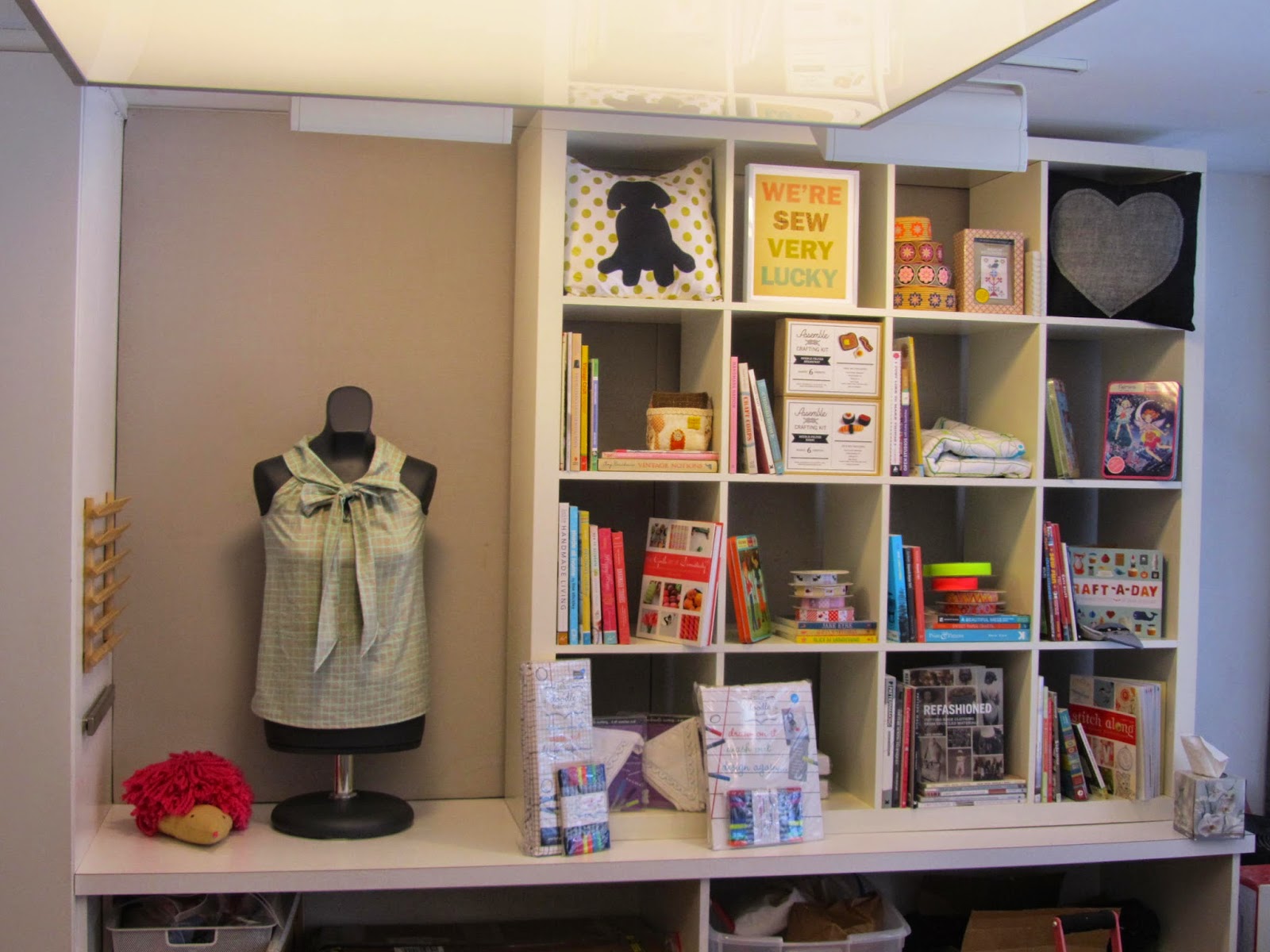 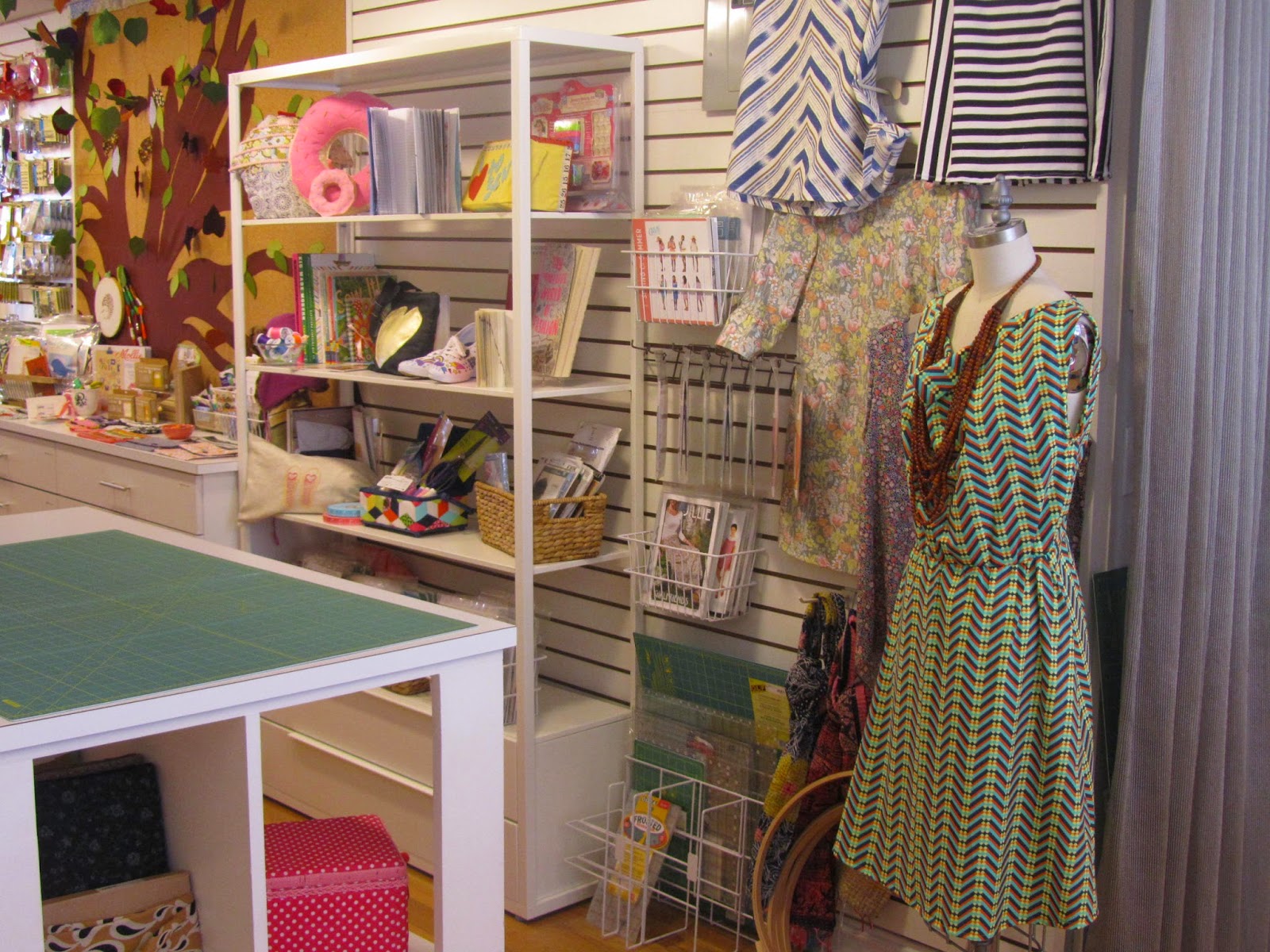 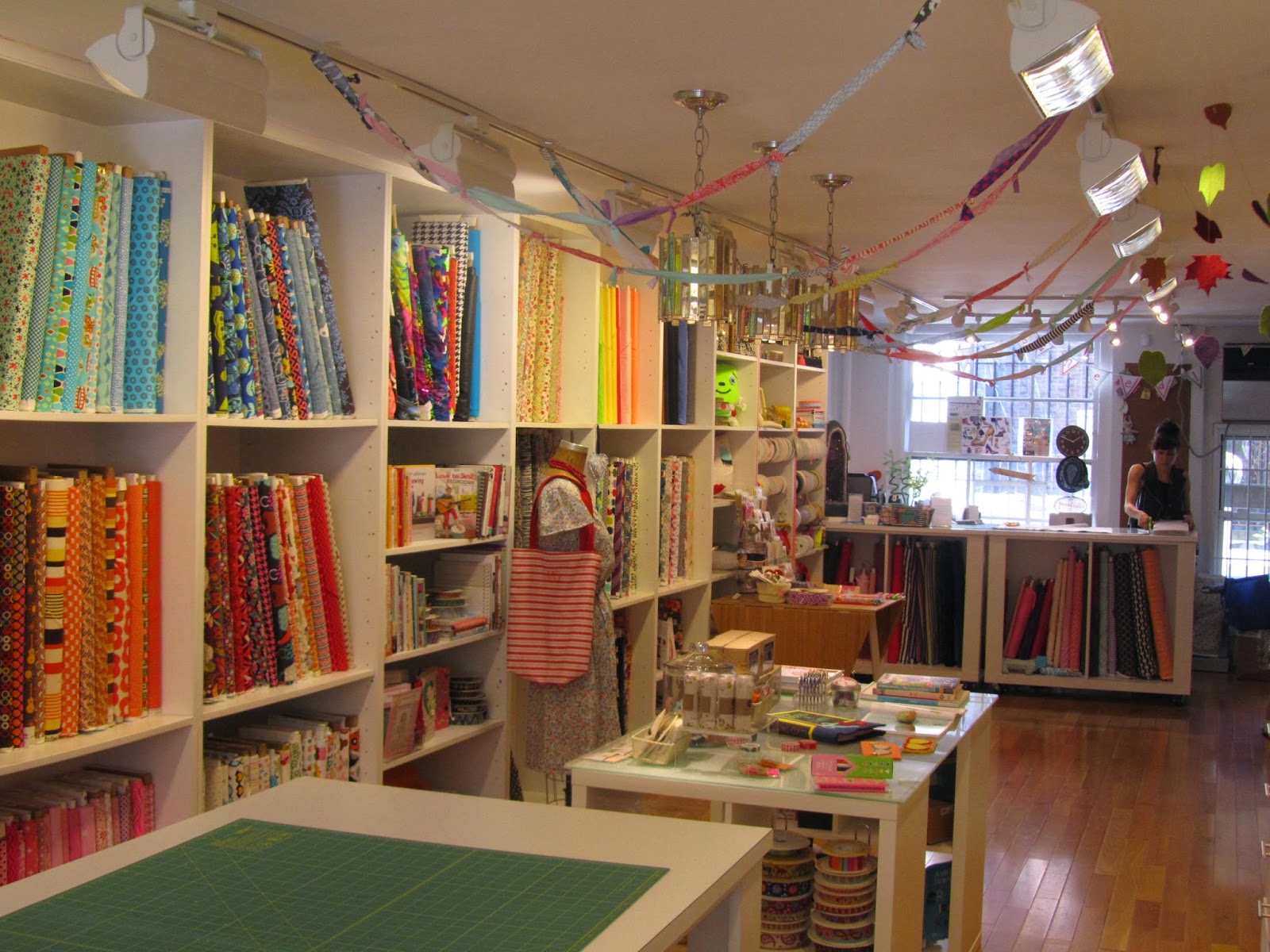 They also have a selection of Liberty...not as much as Purl Soho, but still a lovely selection 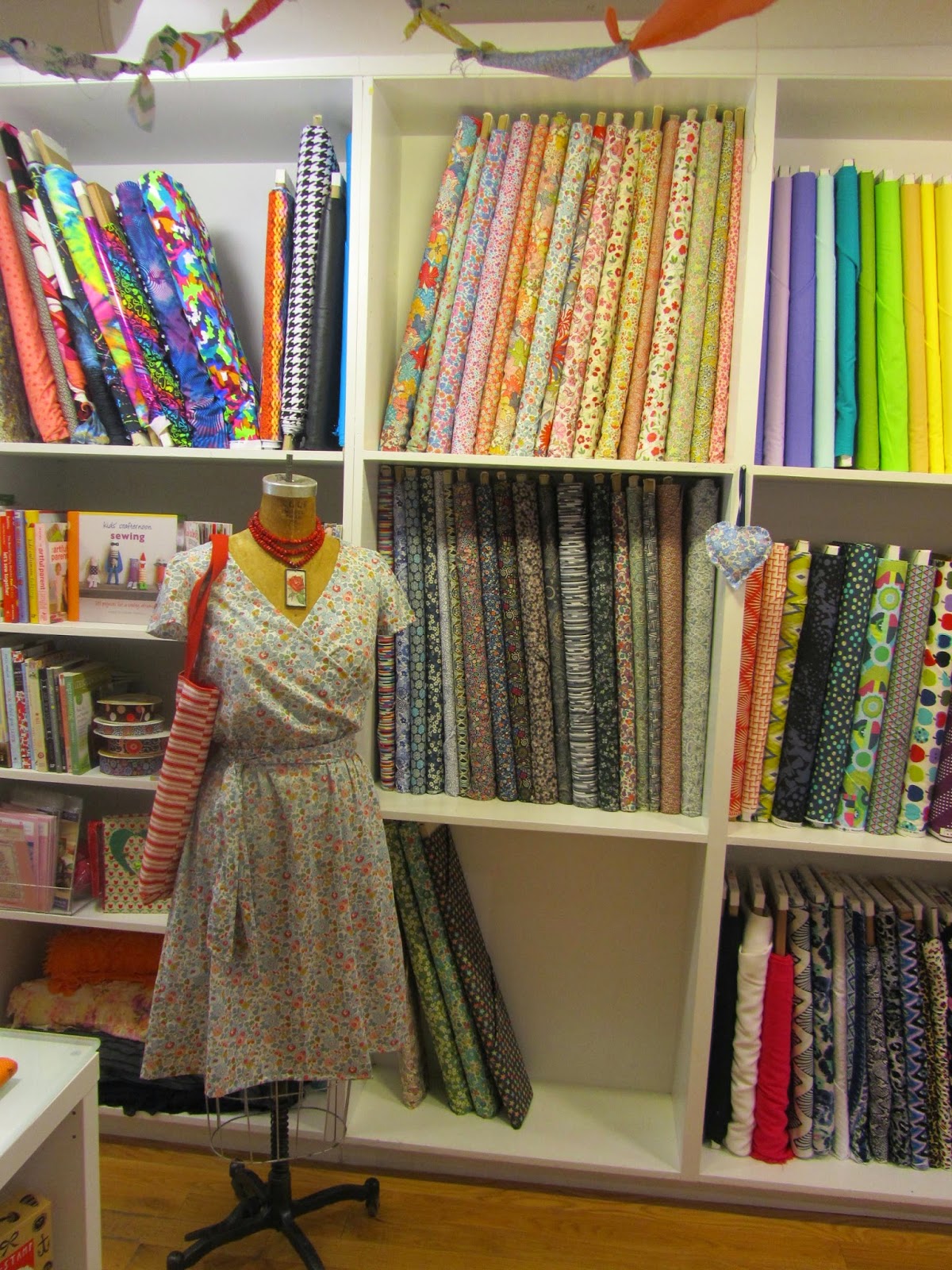 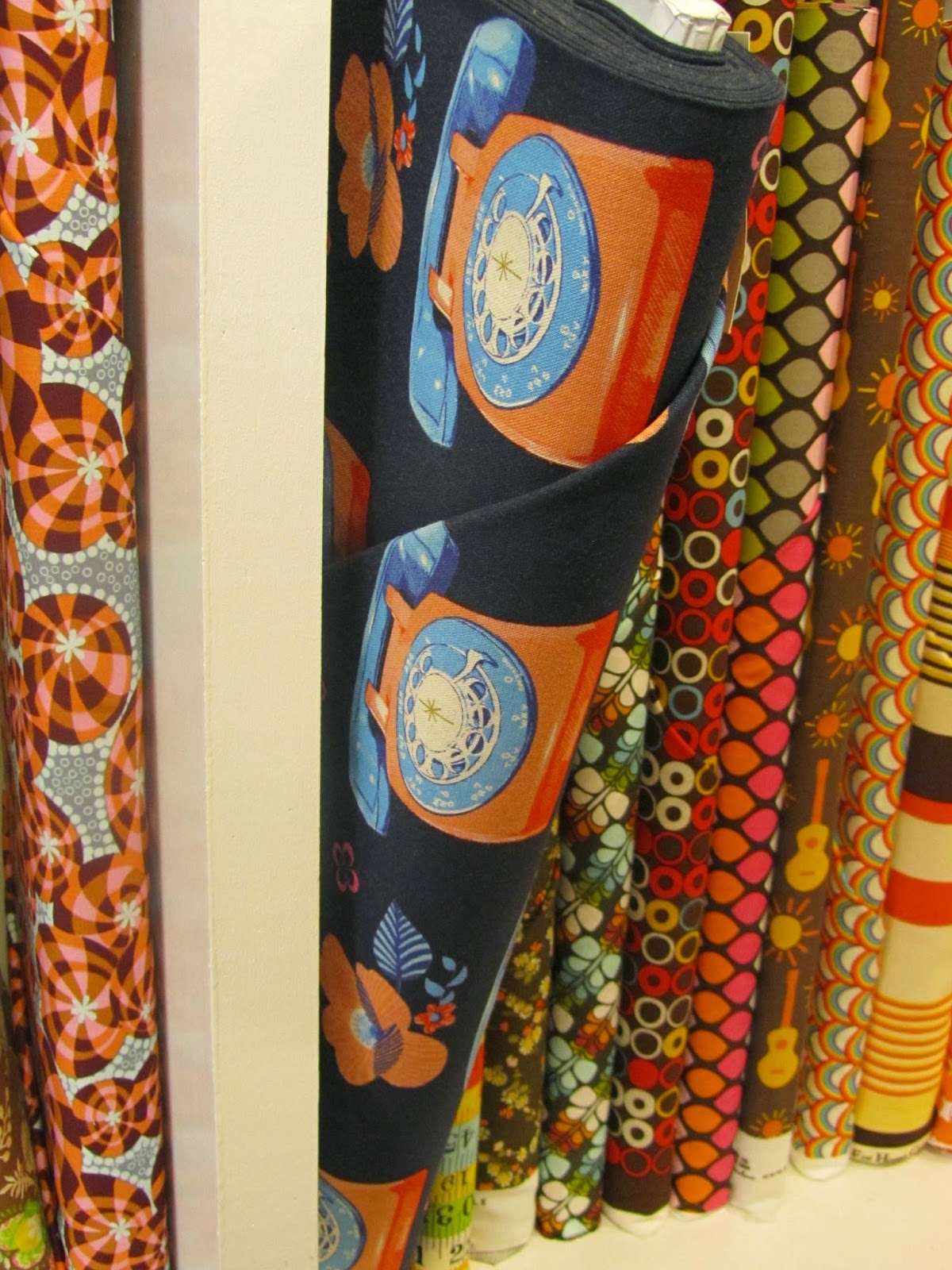 As I was leaving, I peeked into the studio next door, which is brand new. Look who was welcoming me in...Her name is Molly and she was just adorable. 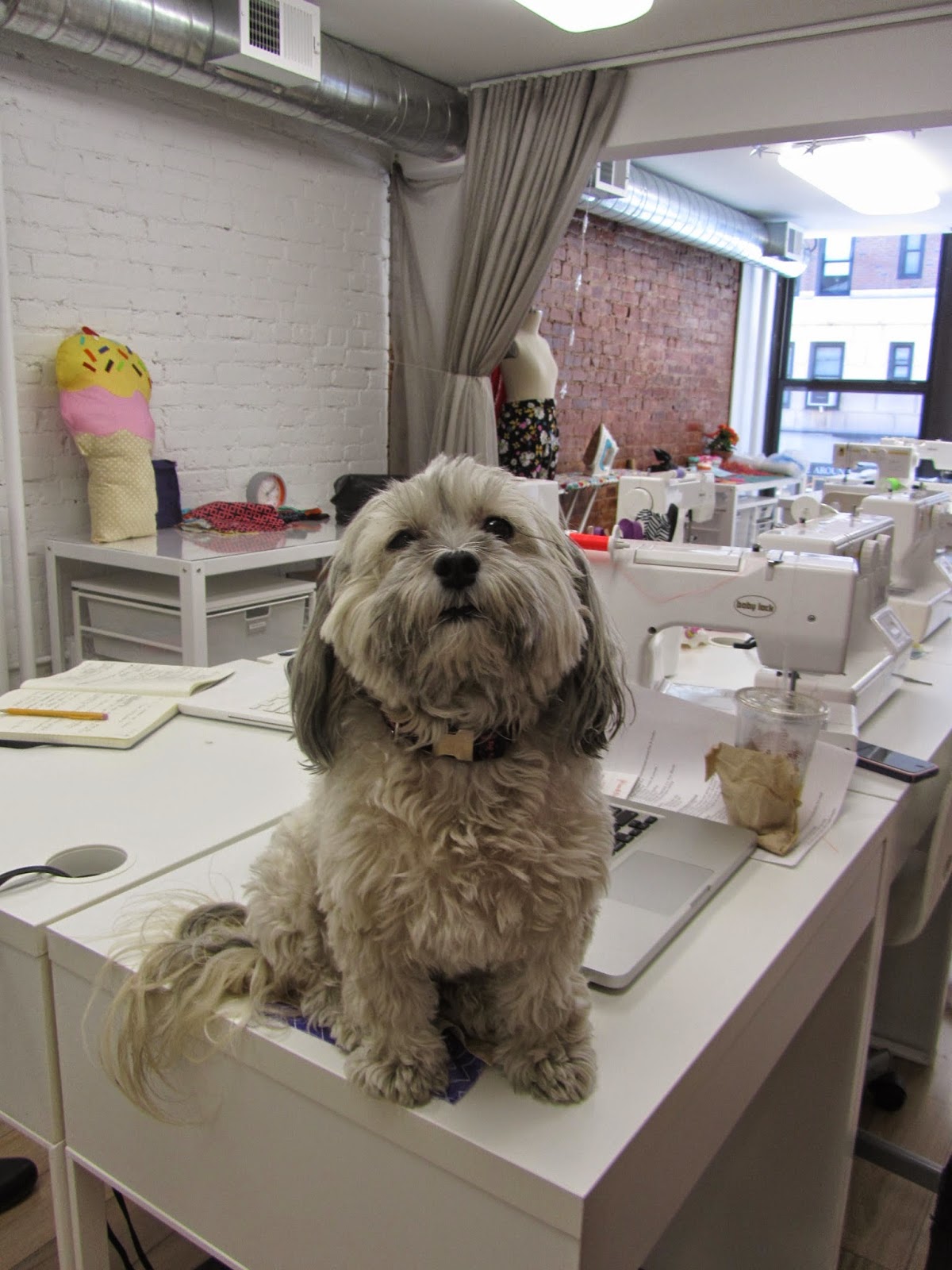 I think out of all the NYC quilt shops, this was my fav. I then wandered back over to Central Park as I was so close to it and continued exploring the areas I hadn't covered the first time.