So my 4th day in NYC was going to be one of walking I decided. I love walking and I think that's one of the best ways to see a place.  So I donned the comfy shoes and decided to walk to Central Park. I thought I would walk along Fifth Ave, just because it was Fifth Ave.  First stop was the New York Public Library. Such a grand building complete with lions guarding the entrance. 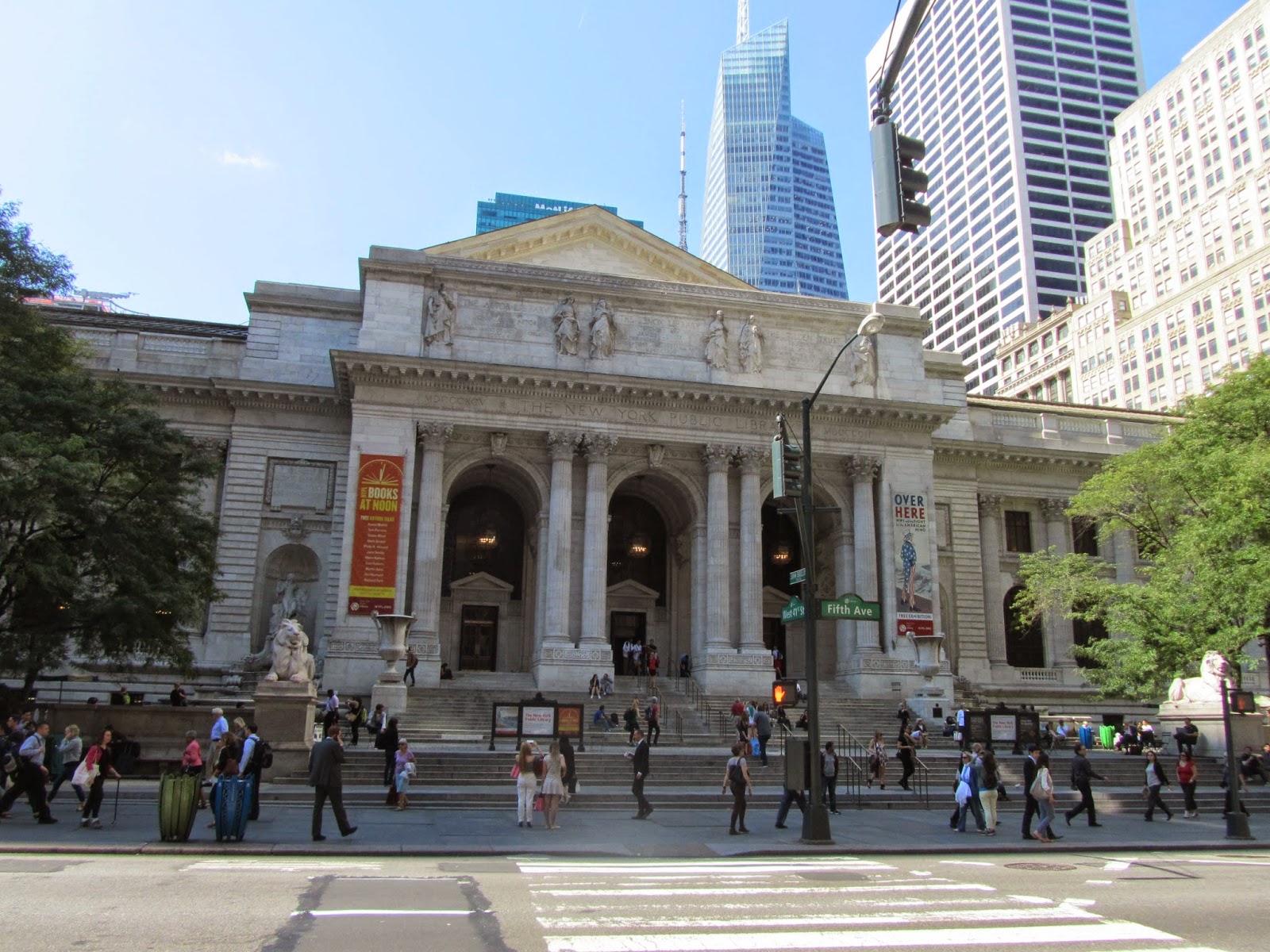 It was amazing inside and out...

And then it was back to Fifth Ave...

I just took my time and wandered down here, looking at all the big name shops like Gucci, Prada, Saks, Van Cleef etc. 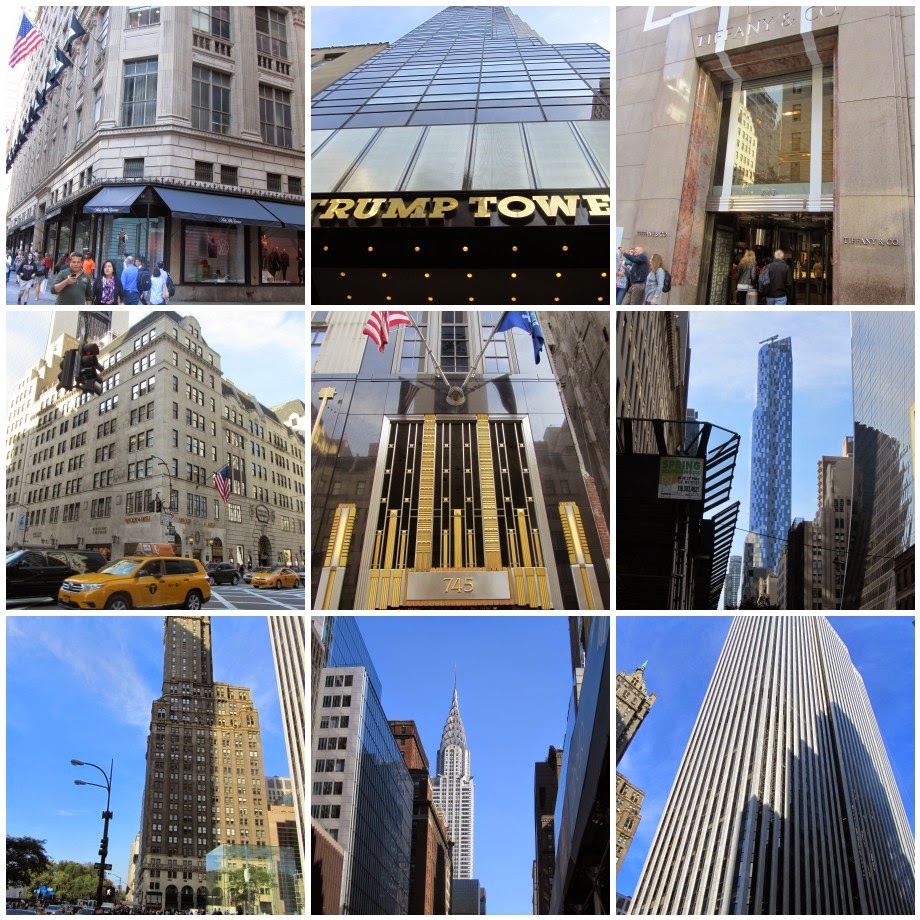 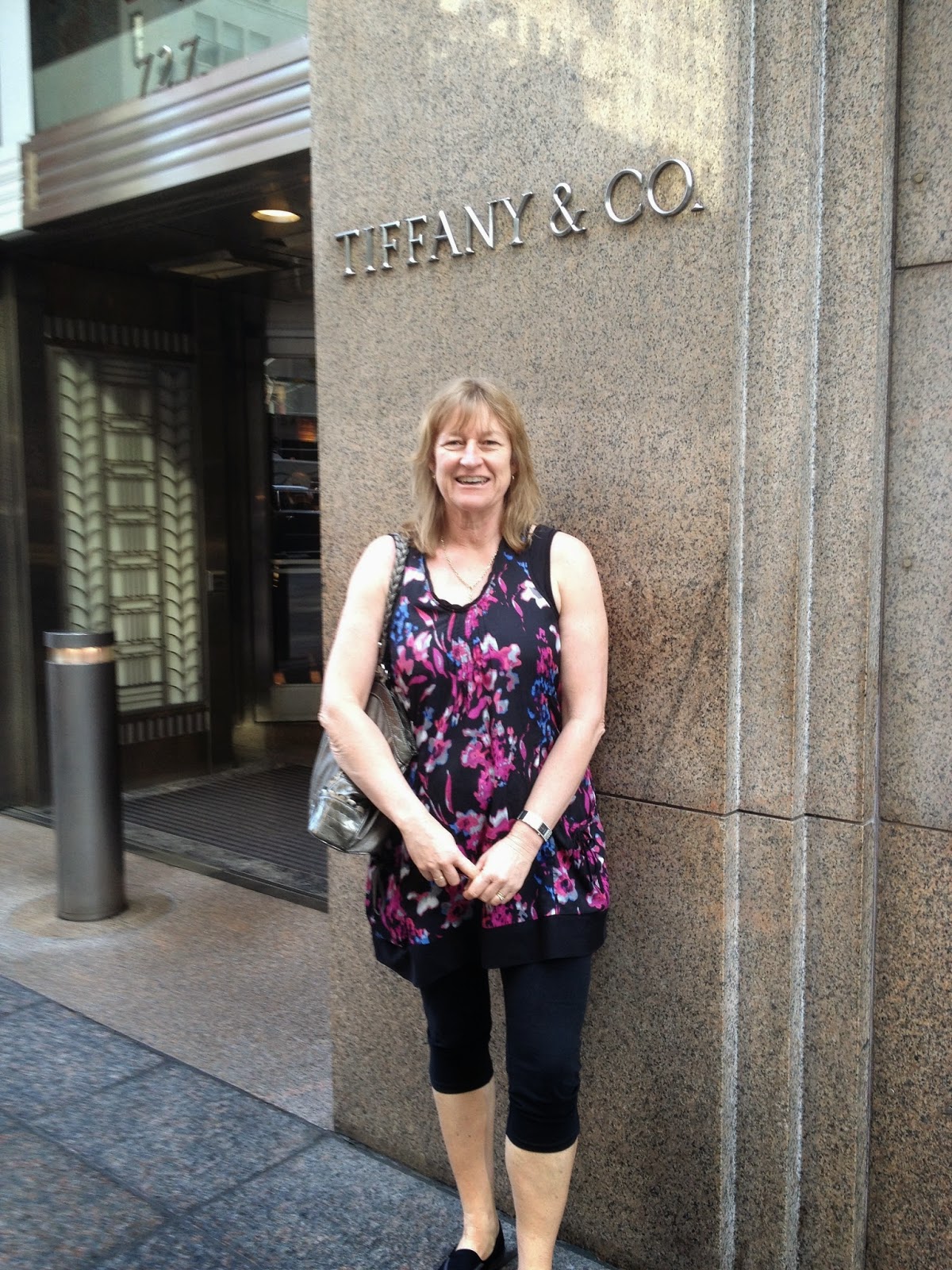 And then I was at Central Park. It was way bigger than what I had expected, spanning from 59th Street to 110th Street. Luckily I had downloaded the Central Park app before I had left the hotel, but even then, it was still easy to lose your bearings in the park.  I just walked and walked and took in the sights 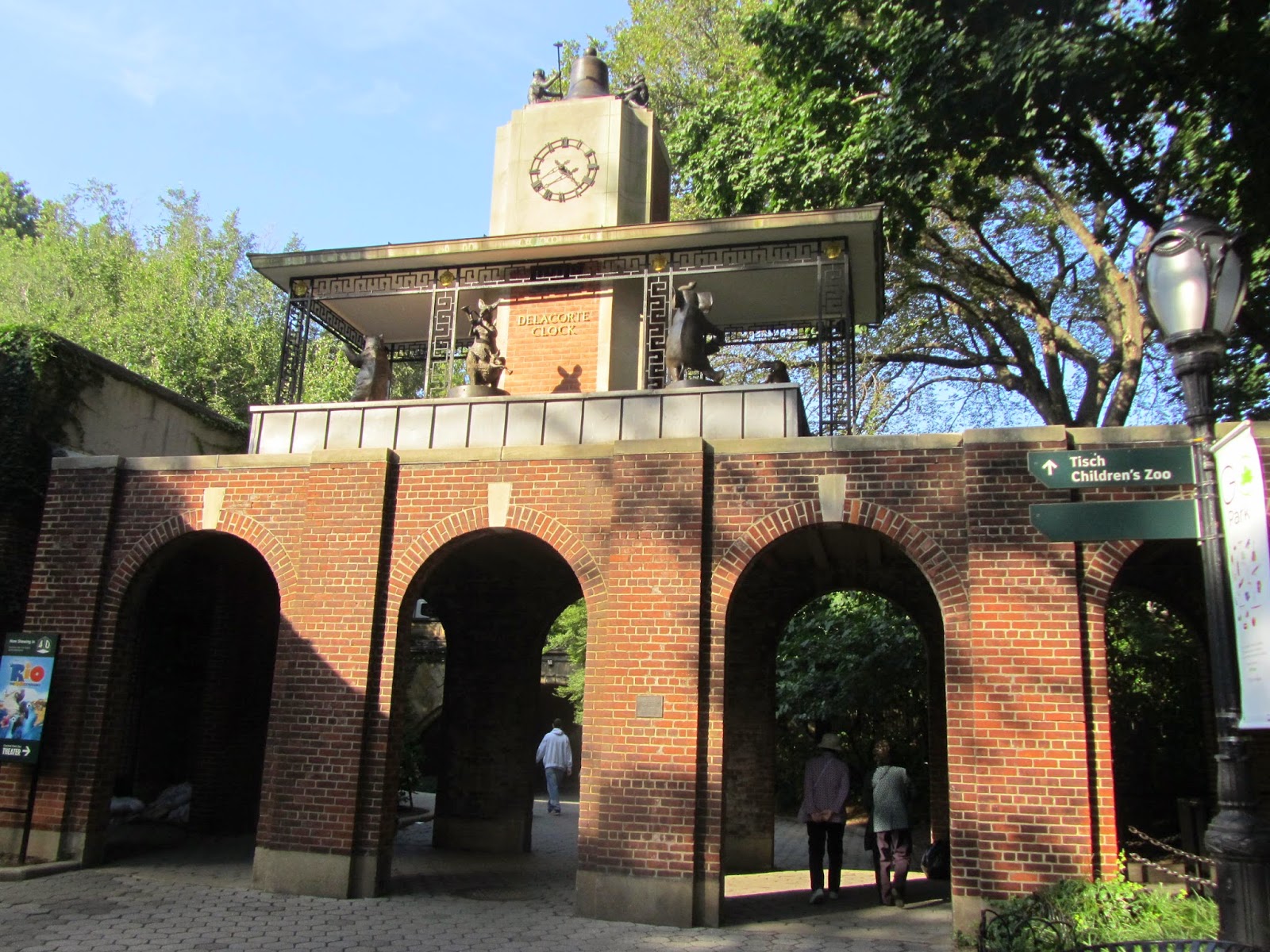 It was getting dark by now and I had walked for about 8 hours so decided to head home via Broadway.

I was feeling a bit peckish so headed to The Halal Guys for tea on 53rd Street.  I had seen them on Friday night and the queue was seriously long so I thought it must be good food! They have a street cart that starts up around 7pm until the wee hours of the morning and serve chicken, gyros or felafels on rice with this divine mayonnaise and hot sauce.  So I grabbed a meal for $6 and joined all the others perched on various seats around the cart. 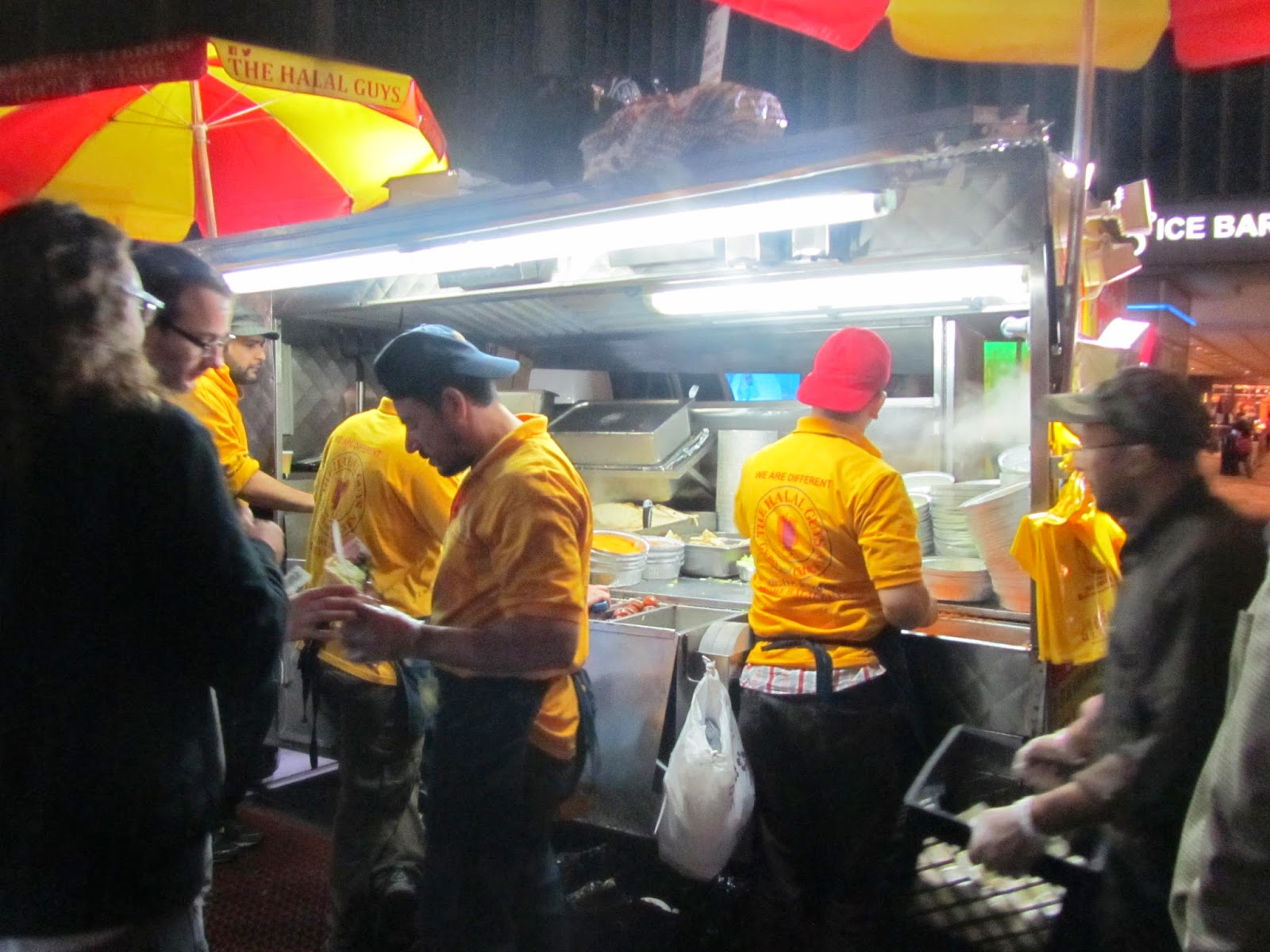 It was about 8.30pm by now so I headed back to the hotel and crashed out until the next day. Part 3 tomorrow....