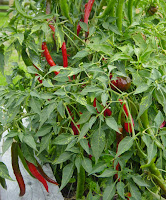 Along with an abundance of feijoas, my chili bush has grown out of control. I am not sure what to do with all the chilis, but think I might freeze them for future use or perhaps make some salsa. I love chilis, but unfortunately the kids can detect the slightest hint in their meals and you would think I had just served up worms or slugs judging by the look on their faces.

One of the kids feijoa customers dropped in a recipe for this divine Feijoa and Apple Cake which I whipped up this morning. 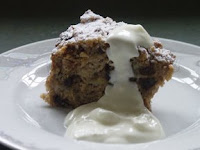 Yummy with yoghurt or whipped cream especially when straight from the oven. Mmmmmm!!
Posted by Deb at 1:20 PM