Well the girls cleaned up

It was the long awaited Pet Day today. Peeked out the window when I got up and it was raining hard. Great I thought...what a start to the day. However, by the time we got out to the school, the sun was poking its nose through the clouds and the rain held off until just after it finished. 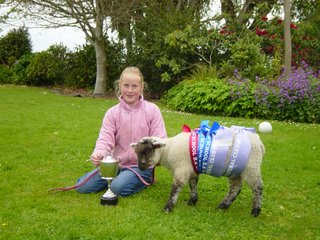 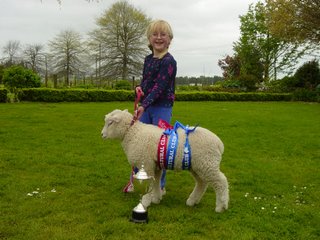 Sarah got 2nd in most obvious pet and leading and 1st in rearing. Both girls were competing against one another in the championship ring so a bit of sibling rivalry was going on. She then went on to share the Junior Cup with another boy.

So we have Group day next Wednesday which is where all the schools from the region come together and compete. Then it's all over and they can become lamb chops! Nah, just kidding.
Posted by Deb at 2:22 PM